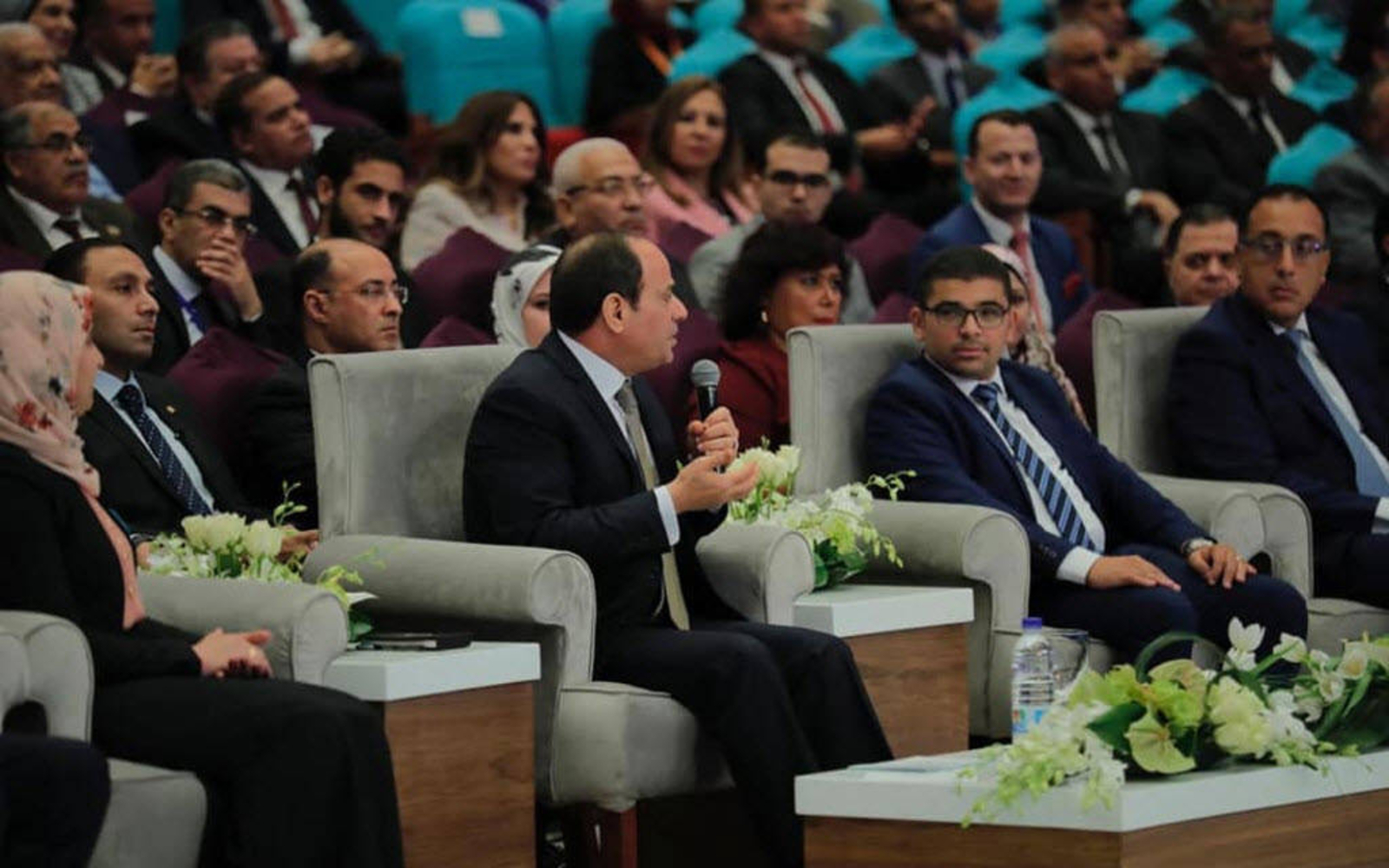 El Sisi slams accusations of military, gov’t corruption: Accusations that the government and military have been misusing and squandering public funds are “sheer lies and defamation,” President Abdel Fattah El Sisi said yesterday, addressing allegations leveled against the state by businessman Mohamed Ali, the Associated Press reported. Ali had claimed in a series of videos posted online that the government “wasted money” on projects such as presidential palaces and hotels. Speaking at the National Youth Conference in Cairo, the president said that the projects being carried out under his rule are not for his personal benefit, and are being built for the country, according to Reuters.

Terrorism is still a concern for Egypt and the region, and is a challenge the military continues to work on eradicating, El Sisi said at the conference, according to Al Shorouk. The president also touched on issues he regularly brings up at similar conferences, including the importance of improving people’s physical health through exercise, government efforts to improve education and teachers’ salaries, and advocating for moderate Islam, the newspaper says.

Separately, El Sisi said that Egypt will hold local and municipal elections by the end of this year or early next year, according to Masrawy. Government-appointed officials have been running local affairs since a court dissolved municipal councils in 2011. According to the president, the House of Representatives will review and vote on the Local Administration Act, which aims to decentralize local councils and organize district elections, during the upcoming legislative session, which begins on 1 October. The law has faced delays at nearly every step of the way.