Good morning, ladies and gentlemen. Can we start by saying how grateful we are that public schools are not yet back in session, meaning Cairo traffic is not at its worst these days? We expect that to change in a little over two weeks, though: Schools are expected to open their doors again on 21 September.

We’re also enjoying the early September sweet spot during which the news cycle is starting to pick up again following a sleepy August, but aren’t quite at the point of being bombarded with legislative news from the House of Representatives, which will reconvene by the end of the first week of October.

Other key data points to keep your eye on in the coming days:

The PMI results are in — and we are back in contraction territory. Non-oil business activity fell below the expansion mark in August after expanding the month prior. We have chapter and verse in this morning’s Speed Round, below.

Ours was not the only PMI reading to dip in August: The US recorded the lowest PMI reading last month “since the depths of the financial crisis in 2009,” according to IHS Markit. The decline came as concerns over the US-China trade war begins to weigh on business confidence, and businesses are pointing a finger of blame at slowing global growth for below-average orders. “Output and order book indices are both among the lowest seen over the past ten years, indicating that manufacturing is likely to have again acted as a significant drag on the economy in the third quarter, dampening GDP growth.”

Global economic uncertainty and poor equities prospects are fueling a trend for high-net worth individuals to hoard their cash, the Financial Times reports. A UBS quarterly survey showed that a third of investors believe the US-China trade dispute could last a year or longer, with 37% believing that holding onto cash was the best way to safeguard themselves. This is prompting an increased number of frustrated wealth managers to pass on negative interest rates to clients with high cash balances, and to lament the lack of money-making prospects. 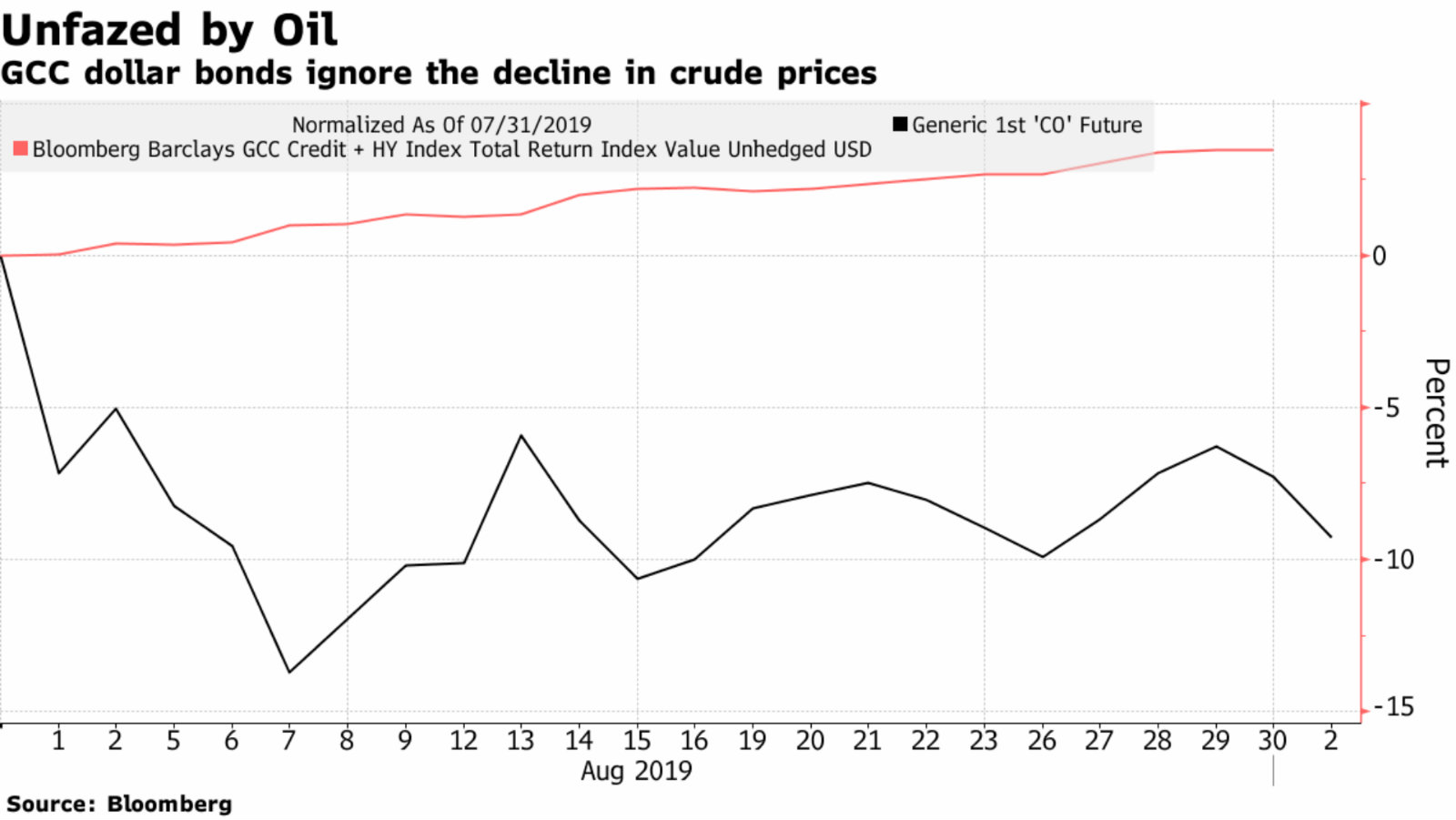 Investors are ignoring declining oil prices and flocking to the GCC’s USD bonds, Bloomberg reported. Bonds from all six GCC nations included in a Bloomberg Barclays index gained in August, led by notes from Saudi Arabia and Qatar. Mohammed Elmi, a London-based money manager at Federated Investors UK, described it as a “flight-to-quality trade within emerging markets.” The bonds returned 3.5% in August despite a 7.3% fall in crude prices. 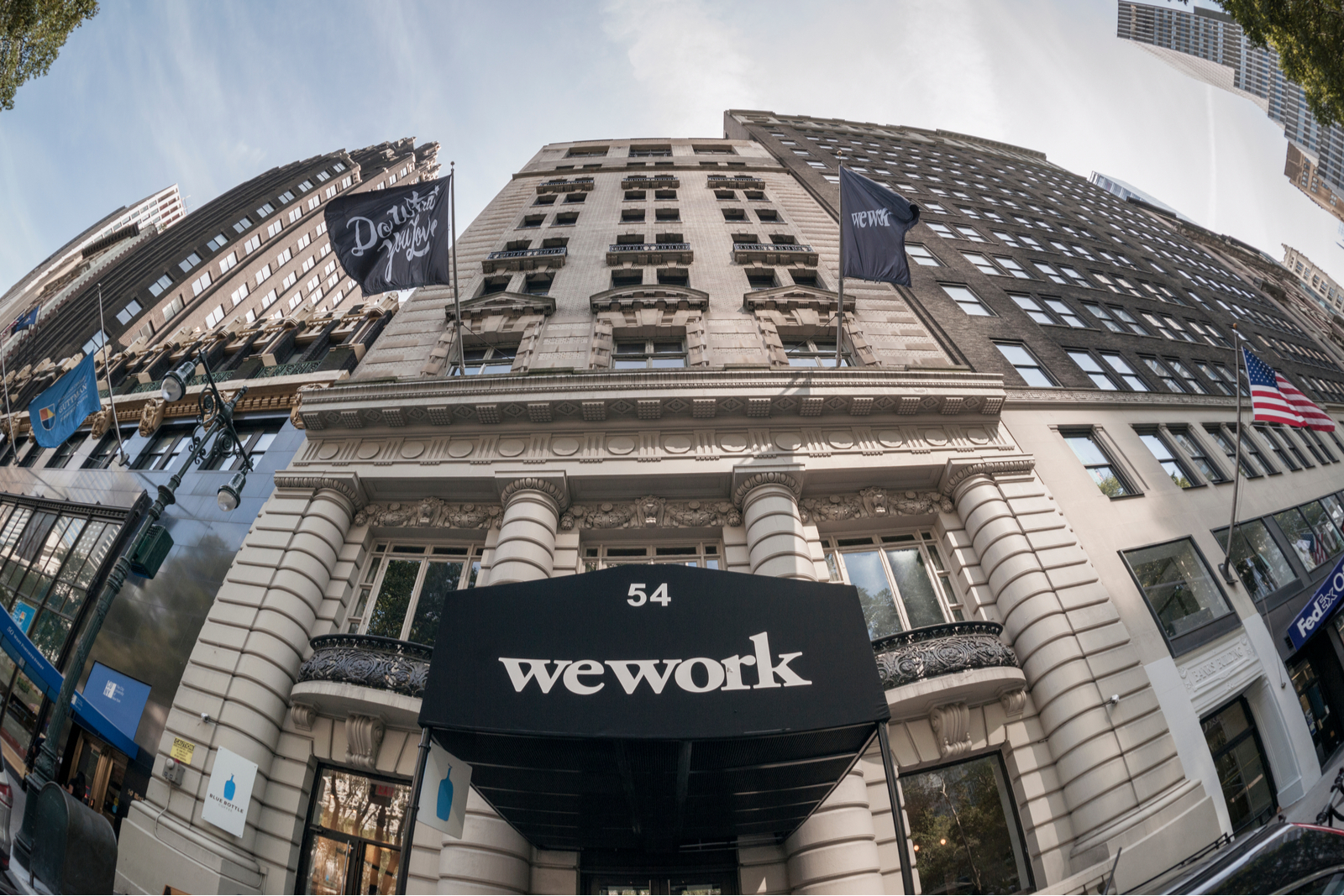 WeWork prospectus provides little clarity on how it will achieve its grand IPO ambitions: Investors are flipping through communal workspace WeWork’s 383-page initial public offering prospectus, struggling to find a justification for the loss-making company’s USD 3.5 bn target when it goes public this month, says the Financial Times (paywall). “One would expect the prospectus to explain how revenues might one day outweigh expenses, but trouble begins right at the top of the first page.”

Paint-by-numbers business management doesn’t exist: Managing a company involves a constant juggling of trade-offs based on good judgment, the Economist says, taking a stand against the management self-help books so popular in airport bookshops. Despite the claims made by proponents of the fashionable “upscaling,” “blitzscaling,” and “agile” management formulas, there is no one-size-fits-all approach and managers must be flexible enough to make strategic changes.

What might our daily lives look like in 50 years? A recent Samsung report has us living in subterranean skyscrapers, zooming around in autonomous flying cars, developing superhuman abilities, and taking holidays in space. The FT’s description of fun but unfeasible sounds about right.