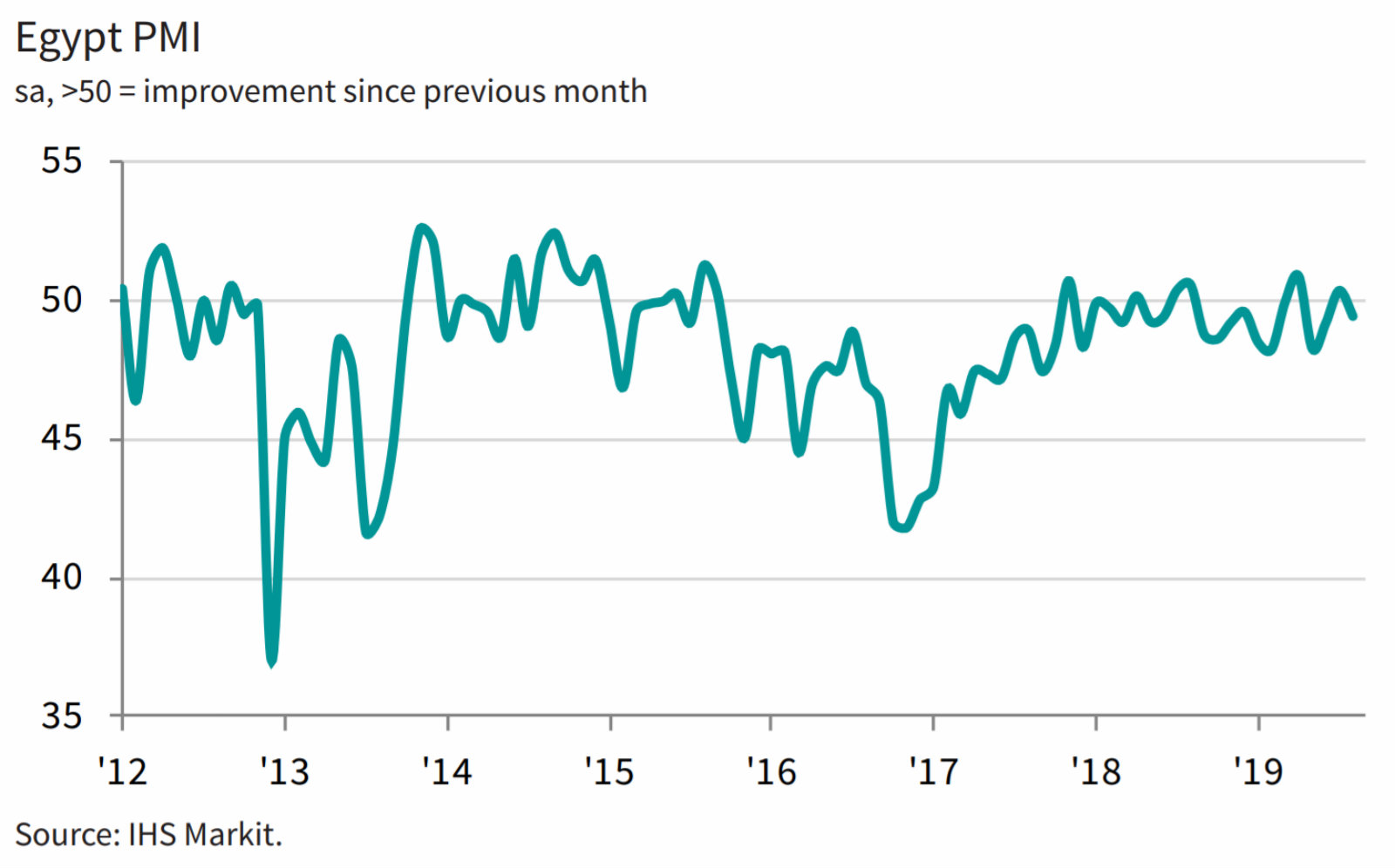 Non-oil business activity shrinks again in August: Falling output caused activity in Egypt’s non-oil private sector to contract in August after a month of expansion in July, according to the Markit/Emirates NBD purchasing managers’ index (PMI) (pdf). The PMI gauge fell to 49.4 in August from 50.3 in July, indicating a slight slowdown in the sector. This means that private sector activity has grown in just two months over the past year. A reading above 50.0 indicates that activity is expanding, while a reading below means it is contracting.

Blame weaker domestic demand: “The decline was due to a drop in sales which, whilst down for the third time in four months, was the weakest fall seen in this period,” David Owen, economist at IHS Markit, said. Export orders rose for the second consecutive month in August, indicating that the slowdown in sales was caused by weaker domestic demand.

Subsidy cuts cause “mild” rise in input costs: Businesses experienced higher input costs last month, as the government’s latest round of fuel subsidy cuts pushed up fuel prices by 16-30%. This caused output prices to rise at the fastest rate in a year, and prompted businesses to stockpile more inputs. Despite this, Owen described the price inflation as “mild” and said that it would “soon” ease.

Business sentiment at 18-month high: Business optimism over future growth prospects hit its highest level since February 2018, with a majority of respondents expecting growth over the coming 12 months.