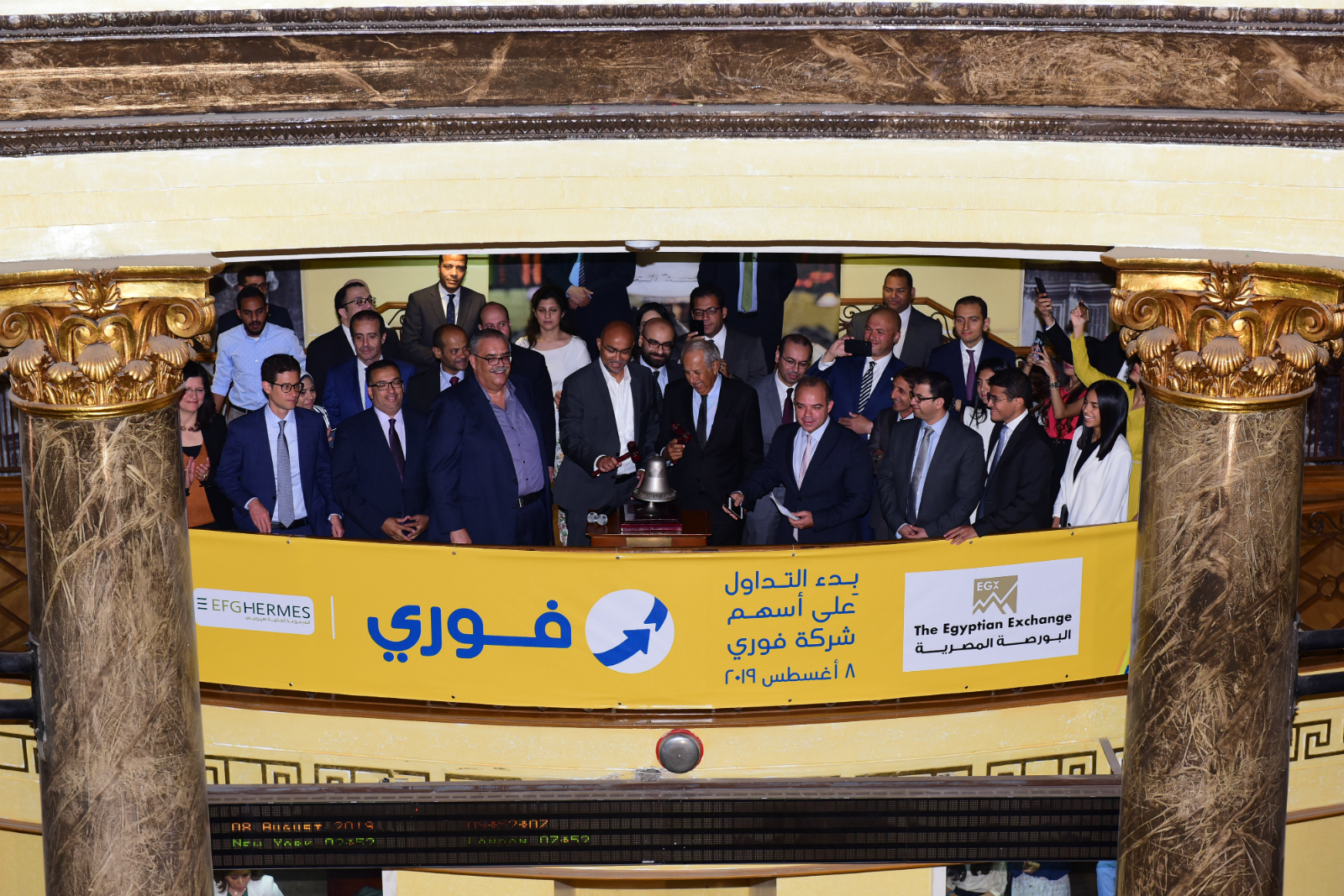 IPO WATCH- Fawry IPO ― the first this year ― sees shares up 31% on the first day of trading: The IPO of e-payments platform Fawry got off to a good start on the first day of trading, with shares closing up 31.2% to EGP 8.48 per share on Thursday. The sale of a 36% stake in the company generated EGP 1.6 bn, with the retail offering having been 30x oversubscribed and the institutional offering 15.9x oversubscribed. The retail tranche covered 5% of the company’s shares. The company also sold 21.2% to strategic investors as part of a pre-agreed transaction: state-owned banks Banque Misr and the National Bank of Egypt were both offered 7% stakes, while EM PE giant Actis was offered 7.2%. The remaining 9.8% was allocated in a private placement to institutional investors. Fawry is planning to begin operations in microfinance business soon, CEO Ashraf Sabry was cited as saying by Shorouk newspaper during a presser.

Shares likely to continue moving on up, say analysts: Following the “good reception” of the IPO, the stock will likely outperform within its first month of trading, Amr Elalfy, head of research at SHUAA Securities Egypt, told Bloomberg on Thursday. Naeem’s Allen Sandeep sees an “exceptional growth potential” that contrasts with most companies in the same sector in emerging markets that are making losses. The sale is an important step for Fawry’s expansion plans, CEO Ashraf Sabry said on Thursday.

What could this mean for future listings and the state privatization plan? Fawry’s IPO is the first listing on the EGX since Sarwa Capital went public amid the EM sell-off last October that saw its share price fall on its opening day. State companies slated to sell or list shares as part of the state privatization program had held those plans off, with the exception of Eastern Tobacco’s 4.5% stake sale in March. Public Enterprises Minister Hisham Tawfik told us in June that while new listings by state companies are in the cards for September, stake sales by already listed state entities will continue to assess market conditions. Fawry’s IPO had largely been seen as a litmus test for the market.