Egypt’s reform have been a boon to some investors but painful to most others, says Bloomberg 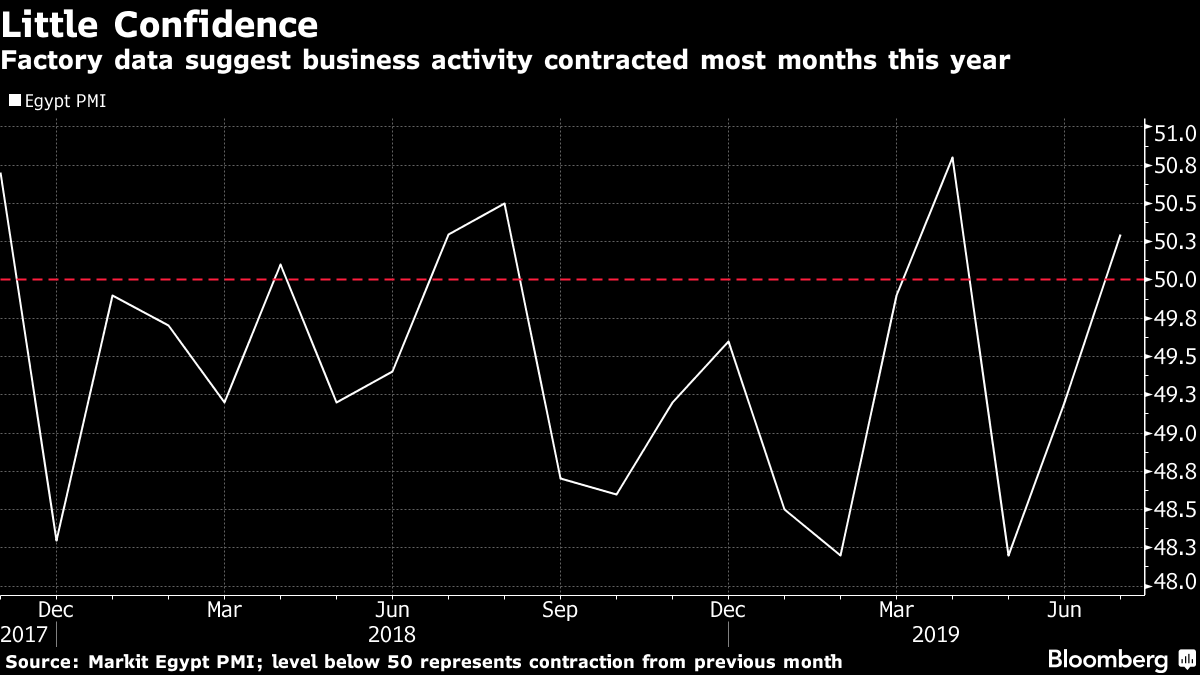 Egypt’s economic reforms have been a boon to some investors but painful to most others, says Bloomberg: Last week’s Capmas announcement that Egypt’s poverty rate in FY2017-2018 rose to 32.5% from 27.8% in 2015 has Bloomberg analyzing the wider impact of Egypt’s 2016 economic reforms. While the EGP float and subsidy cuts have driven GDP growth to 5.6% (the best in the region), ended an FX shortage, and turned Egypt into a premier destination for emerging market portfolio investments, “one-third of the population lives in poverty, about double the figure at the start of the century,” note Abeer Abu Omar and Paul Wallace. “At the same time, businesses are cautious and there’s little fresh foreign investment beyond oil and gas,” they added, citing PMI data which shows business contracting in all but two of the past 11 months.

There is cause for optimism: “Still, there was an improvement in July. And the investment component of GDP rose 12% year-on-year in real terms in 2H2018,” the piece notes. “These are the side effects of the fiscal restructuring program that was kicked off in 2016, and hopefully they’re short-term effects,” Allen Sandeep, director of research at Naeem Holdings, told Bloomberg last week. He predicted a rebound as private investments and consumer demand as inflation fell to single digits from a 35% peak 2016.

Improved business climate, interest rate cuts are part of the solution: Analysts, including Sandeep, see interest rate cuts as part of a wider macro solution. “The situation is still weak and getting weaker in terms of demand, and that’s got to do with interest rates being high,” Sandeep said, adding that “private investments won’t really take off until the cost of capital drops.” “Improvements in the business environment and public-service delivery, along with interest-rate cuts, would spur further growth,” says said Omneya Ramadan, a senior consultant at Cairo-based Decode Economic and Financial Consulting.