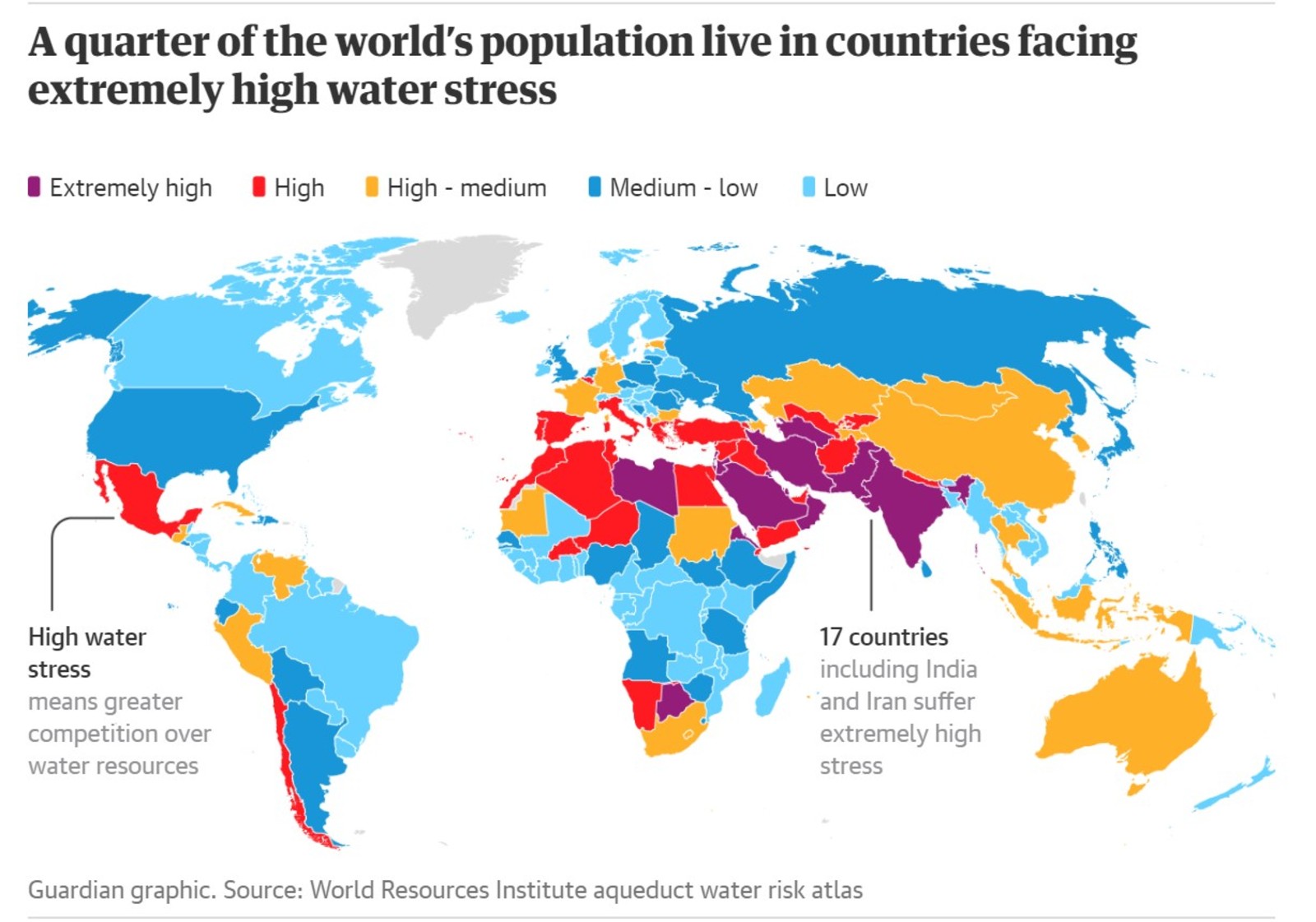 It’s worse for nearly a quarter of the world’s population: Qatar, Israel, Lebanon, Jordan, Saudi Arabia and the UAE are among the 17 countries — home to a quarter of the world’s population — facing extremely high baseline water stress. Population growth, socioeconomic development and urbanization are all increasing the demand for water, while climate change is making it harder to predict and plan for when rainfall will come. WRI has warned of social, political and health problems if better information, planning and management is not used to address the crisis.

What are we doing about it? As we noted on Monday, the Housing Ministry unveiled new details of its water conservation plan. It includes building 39 desalination plants with a capacity of 1.4 mn cubic meters (cbm) of water per day, and the construction of 52 wastewater treatment plants. The plan also involves promoting water-saving devices as well as bringing in the private sector to help irrigate cash crops using recycled water. Decreasing rainfall in the Ethiopian highlands has led to a 5 bn cubic meter shortfall in Egypt’s share of Nile water. The Irrigation Ministry announced a state of emergency at the end of July in response to the findings.