Don’t ask us how, but we’re two-thirds of the way through the summer. June and July seem to have whizzed by, and at this rate, August promises to do the same. With a brand new month comes a handful of news triggers coming up over the next several days:

Fed cuts interest rates for the first time in a decade, but don’t expect more cuts soon: The US Federal Reserve cut interest rates by 25 basis points, marking the first rate cut since 2008, according to a statement out yesterday after the Open Market Committee’s two-day meeting. Two policymakers voted against the rate cut. The Gray Lady was out with an explainer for the preemptive move, which came “even as the economic expansion in the United States reaches record length, unemployment hovers a historic lows and consumers keep spending.”

When might we next see a cut? Yesterday’s rate cut, although widely expected, “disappointed investors by calling the move a ‘mid-cycle adjustment to policy’ rather than the start of a more aggressive cycle of monetary easing,” the Financial Times says. Chairman Jerome Powell suggested at a presser after the meeting that at least one more cut is likely, but that beginning a “lengthy cutting cycle” is “not our perspective now, or outlook.” Following Powell’s statements, the yield curve on US bonds became inverted again, “reflecting pessimism that the Fed will further prop up the US economy.” An inverted yield curve has preceded every US recession over the past five decades. The reaction on Wall Street was negative: The S&P 500 and Dow Jones both posted the biggest one-day drops in two months, according to Reuters.

Emerging markets also didn’t react well to Powell’s statements: “Money managers and analysts said the Fed decision is slightly negative for developing-nation assets as traders may ease [wagers] on further rate reductions in the U.S.,” according to Bloomberg. Emerging market currencies had expected to see a dovish Fed, but Powell’s commentary yesterday presented a more hawkish stance than had been priced into the market, suggesting that a correction is on the horizon, analysts say. 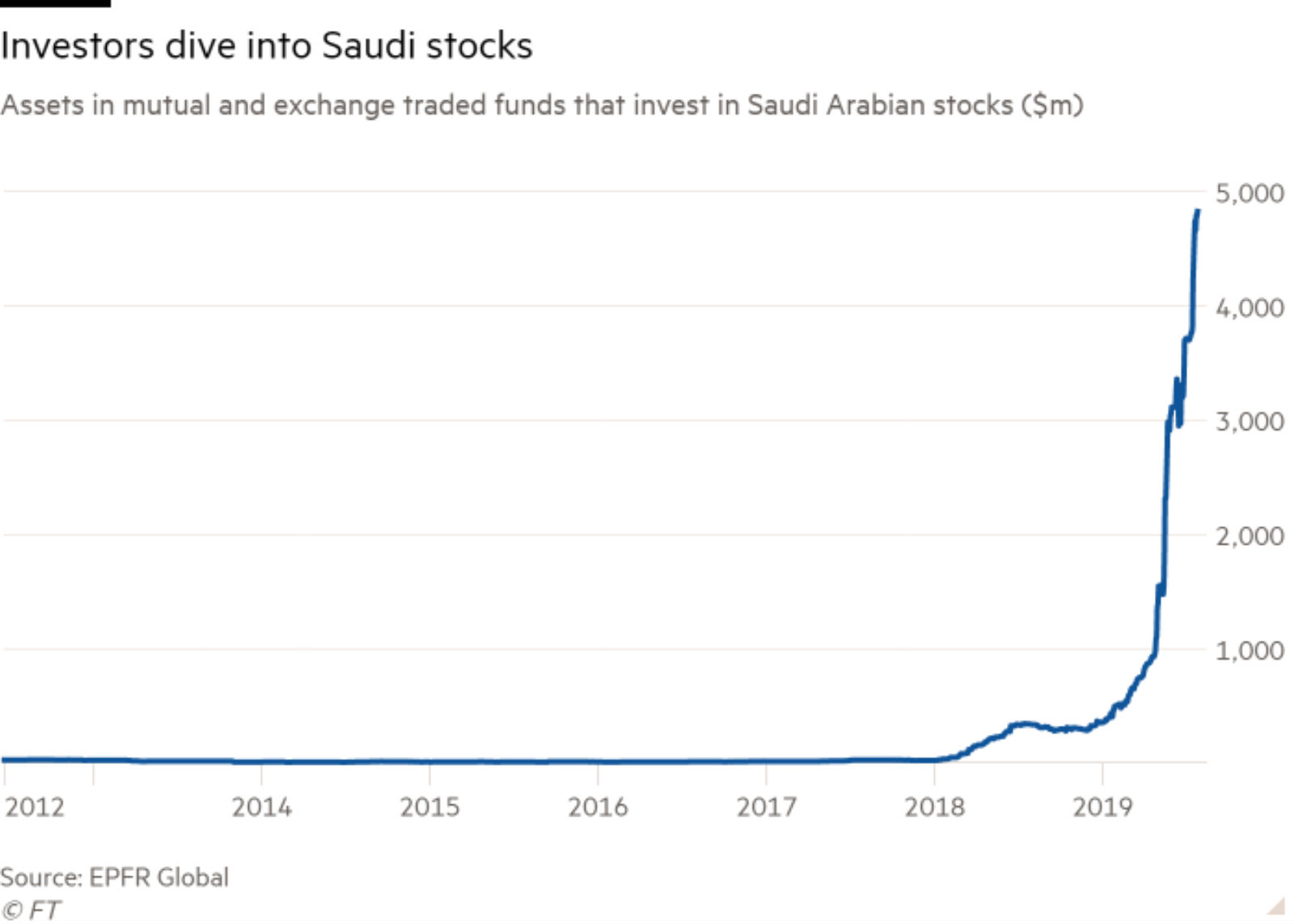 Saudi equities are booming: Mutual and exchange-traded funds have poured money into Saudi equities in 2019 after indexing groups MSCI, FTSE, Russell and S&P Dow Jones Indices included them in their emerging-market benchmarks, the FT reports. Holdings have surged to USD 4.8 bn from just USD 356 mn at the start of the year, demonstrating the influence that the index providers have in directing capital flows.

Make more noise, get paid by Abraaj. Abraaj used a color chart to decide which investor to pay based on how much “noise” they made, according to a report by Dubai’s financial regulator. The defunct private equity firm prioritized “payments in order of importance, noise makers and those that will come back” when one of its funds fell short in 2016. Dubai fined Abraaj USD 314.6 mn this week for misusing funds, misleading clients and financial manipulation. 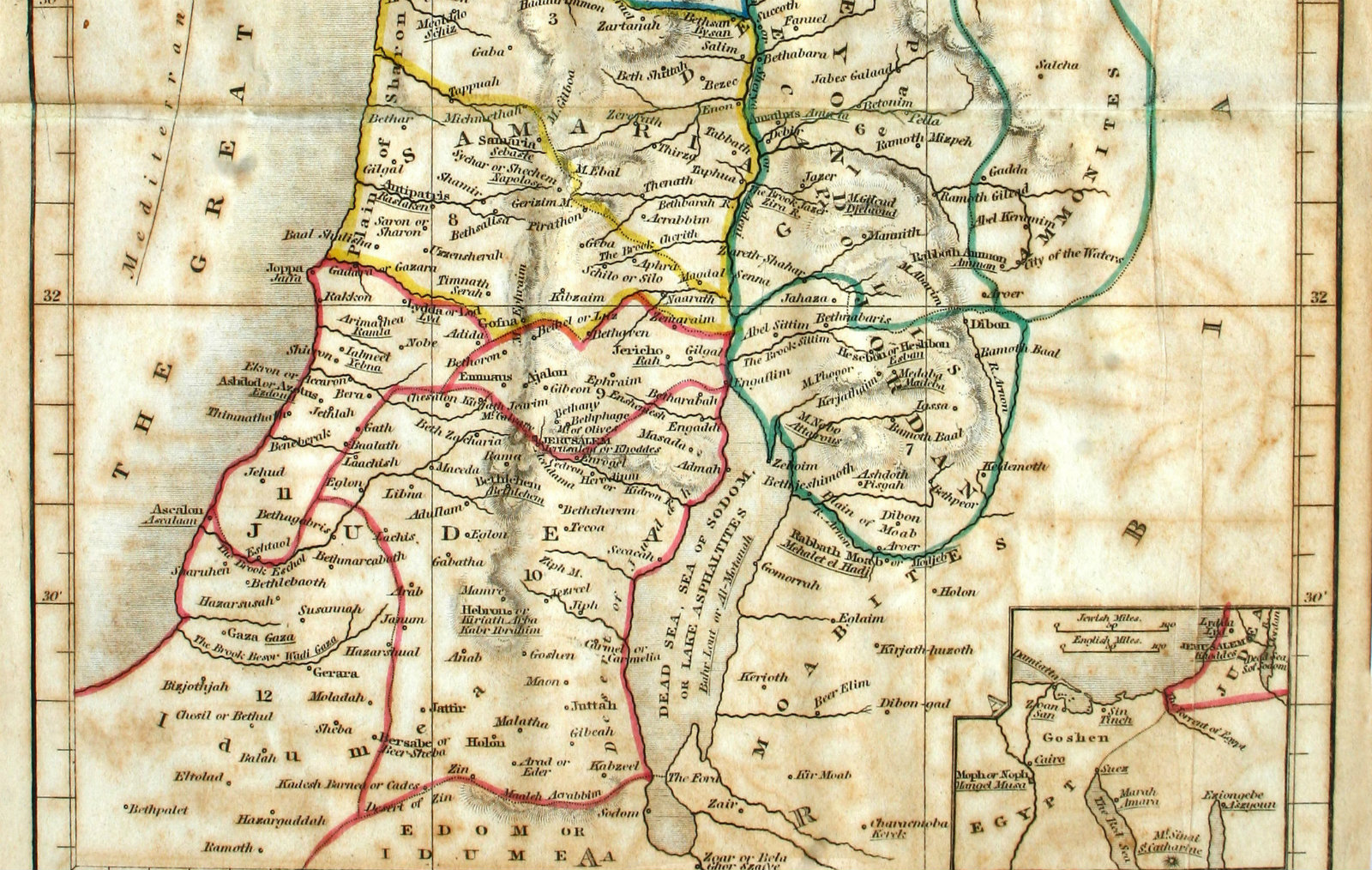 Trump’s Middle East peace plan will be revealed in the next six weeks: US President Donald Trump’s long-awaited Middle East peace plan will apparently be revealed before the 17 September Israeli elections (in a bid, we presume, to boost Netanyahu’s chances for reelection). Israeli media are reporting that White House advisor Jared Kushner will invite Arab leaders to a Camp David summit in the US to discuss the Trump administration’s plans. Kushner will travel to Egypt, Jordan, Saudi Arabia, Qatar, and the UAE next week to drum up support for the plan.

New Greek gov’t pulls no punches on Turkey’s east Med gas adventures: The newly-elected conservative Greek government has ramped up its rhetoric against Turkey, accusing it of threatening regional security for exploring for oil and gas off the Cypriot coast, Reuters reports. “The illegal actions of Turkey, which defy international law, are placing the security of the region at risk. As such, they are absolutely condemnable,” Greek Foreign Minister Nikos Dendias said on Tuesday after meeting with Egyptian FM Sameh Shoukry.

Iran to redenominate currency to combat inflation: The Iranian government will knock four zeroes off the rial in a bid to stem inflation, according to Iran’s news agency. The currency has been under severe pressure since the US reintroduced economic sanctions last year, having fallen to IRR 120k /USD from IRR 32k /USD in 2015. The currency will also be renamed the toman, restoring a currency unit that was removed from circulation in 1925.

The historical tradition of appointing a European to head the IMF is an “outmoded and counterproductive” system in an increasingly multipolar global economy, Mohamed El Erian writes for Bloomberg. There is an unofficial tradition for the World Bank to be headed by a US national, while the top position at the fund is given to a European. El Erian, who was sidelined from the shortlist of nominees to replace Christine Lagarde as the IMF’s managing director, says that the tradition has seen European governments bypass experienced nominees with technical expertise for politicians.

While the selection process currently underway is too far along for Europe to change its ways, governments must enact changes to the next selection process, El Erian says. “It should do so not only for its own sake, but to ensure a more credible and effective multilateral response if, as seems possible, unusually loose global financial conditions and weakening growth end up proving to be the calm before an economic and market storm.”

Apple may have seen a 12% decline in iPhone sales in 2Q2019 but it has countered this with revenue growth in every other area of its business, including iPad and Mac, the Wall Street Journal reports. The company expects revenue for 3Q2019 of between USD 61 bn and 64 bn, even though reduced iPhone business continues to impact results. This has been driven by fewer iPhone sales and a slowdown in the Chinese economy, with revenue in China plummeting by over 20% in 4Q2018 and 1Q2019.

PSA- The Financial Regulatory Authority published yesterday a guide (pdf) on the rules and regulations of issuing sukuk that were issued in April.