Good morning, everyone, and welcome to an unusually quiet Sunday morning. We’re not entirely sure if we should chalk that up to half the country bridging the 23 July vacation for a mega-long-weekend or if it’s just a regular summertime fluke. In all cases, we’re not ones to complain.

Defense Minister Mohamed Zaky is in Washington, DC today to meet US Secretary of Defense Mark Esper, according to an Armed Forces statement. The statement is otherwise scant on details beyond noting that the two will discuss military cooperation and issues of mutual interest.

Esper was officially sworn in to the position last week, just hours after the US Senate confirmed his nomination to succeed Jim Mattis, who resigned in December.

The Fab15 conference kicks off today in El Gouna, bringing together participants from over 1,600 Fab Labs worldwide for discussions around digital manufacturing, innovation, and technology. Egypt is the first country in the MENA region to host the event, which has been running for 14 years. The event runs from 28 July-2 August in El Gouna, before moving to Cairo on 3-4 August.

The seventh edition of the National Youth Conference kicks off on Tuesday at the new administrative capital. The last iteration of the conference was held one year ago.

All eyes will be on the Fed later this week: The US Federal Reserve is widely expected to cut rates when the Federal Open Market Committee meets on Tuesday and Wednesday this week. Markets were all but certain of a July cut even before Fed officials began unambiguously telegraphing a shift to a more accommodative stance earlier this month. But over the weekend a fresh Reuters poll confirmed that pretty much everyone is banking on an imminent return to easing: 107 out of 111 economists expect the Fed to make a 25 bps rate cut, two forecast a deeper 50 bps cuts, and two said they expected no change rate all.

The first rate cut in a decade would come against a fairly positive economic backdrop: A surge in non-farm payrolls in June and sustained growth in consumer spending over the second quarter are hardly signs of a weakening economy. And although preliminary GDP figures showed over the weekend that US economic output slowed to 2.1% from 3.1% in the second quarter, a recession is nowhere near in sight, and the effects of the US-China trade war have remained fairly muted.

This raises the question: Why would the Fed cut? To put it simply: Because the market demands it. “The biggest reason for the Fed to cut rates is because it has been priced into the markets for a while now,” Andrew Hunter, senior US economist at Capital Economics, told Reuters. “If they didn’t follow through and cut, it would cause a bit of a shock.”

Emerging markets won’t complain: EM currencies and bonds would perform better than those in advanced economies if the Fed follows through and cuts rates, a Bloomberg survey suggested a few weeks ago. EMs should be in for a strong second half of the year as falling interest rates in developed countries cause a pickup in demand for higher-yielding assets.

EMs should take advantage of easier monetary policies to fix their underlying productivity issues, the FT’s editorial board writes. The IMF’s recent downgrade to its outlook for global growth was fuelled by falling output in emerging economies, making it all the more important that they make use of the low interest rate environment to invest in boosting their productive capacities, it says.

Expect eurozone stimulus in September: The European Central Bank held off on introducing further stimulus measures last week, but signaled that it could restart its bond-buying program and cut rates further when it meets in September, the FT reports. 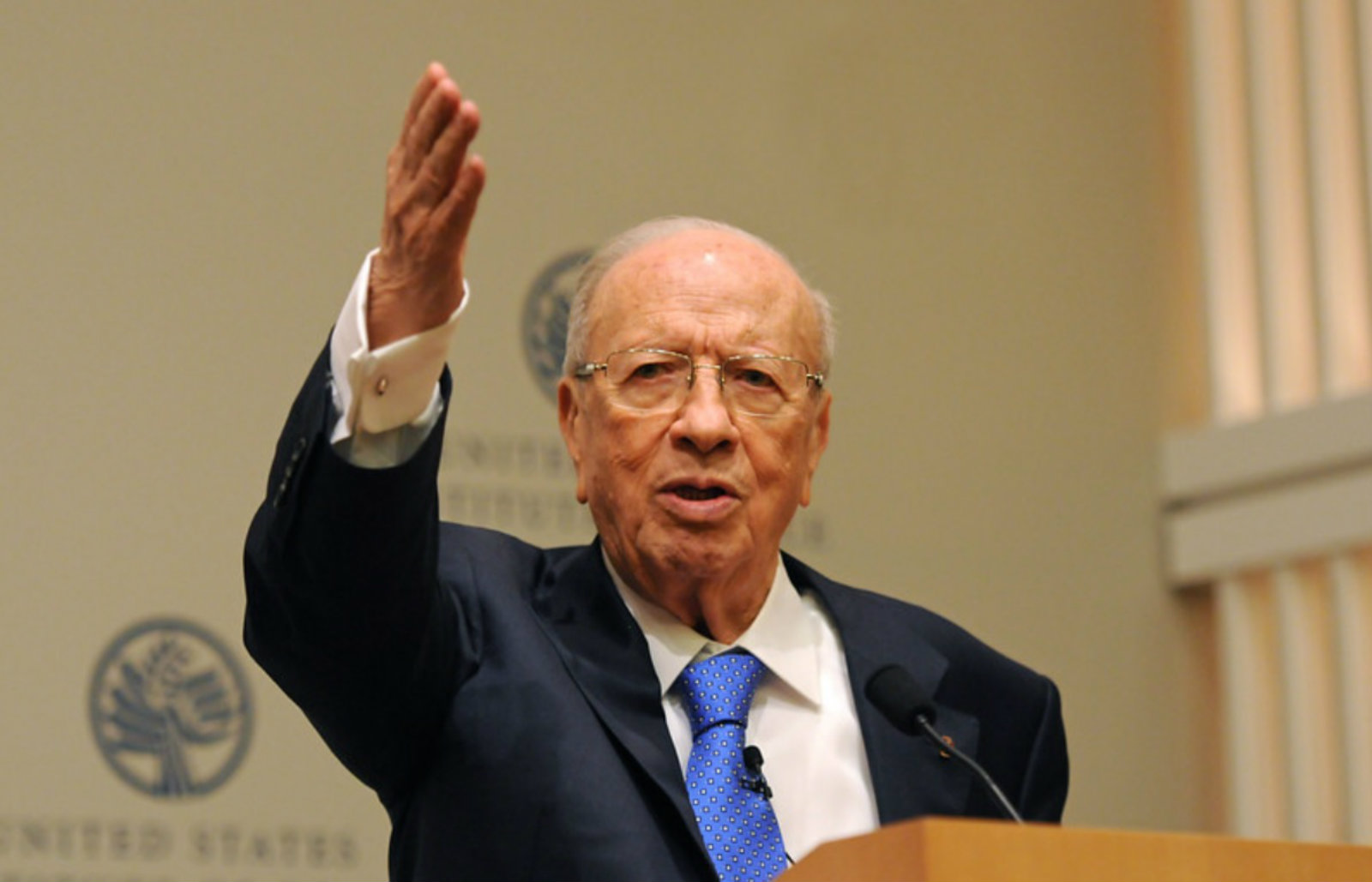 Tunisian President Beji Caid Essebsi died on Thursday at the age of 92. Essebsi was the world’s oldest sitting president, coming to power in Tunisia’s first free elections in 2014. A vote to choose his successor was due to be held on 17 November but will now be held sooner, the electoral commission said. The speaker of parliament will take over as interim president in the meantime. President Abdel Fattah El Sisi announced on Thursday that Egypt would observe three days of mourning to mark Essebsi’s death.

In global business news: LSE could acquire Refinitiv for USD 27 bn: The London Stock Exchange (LSE) is in talks to acquire global financial data provider Refinitiv in a landmark transaction that could be valued at USD 27 bn, reports Reuters. The agreement would see Refinitiv’s existing shareholders, which include majority shareholder Blackstone and 45% stake-holder Thomson Reuters, turned into shareholders in LSE.

MbS’ plans for Neom are ambitious — and that’s putting it mildly. Documents for the USD 500 bn tech city Neom have outlined plans for flying taxis, a glow-in-the-dark beach, and robots. Lots of robots. The Wall Street Journal has more.