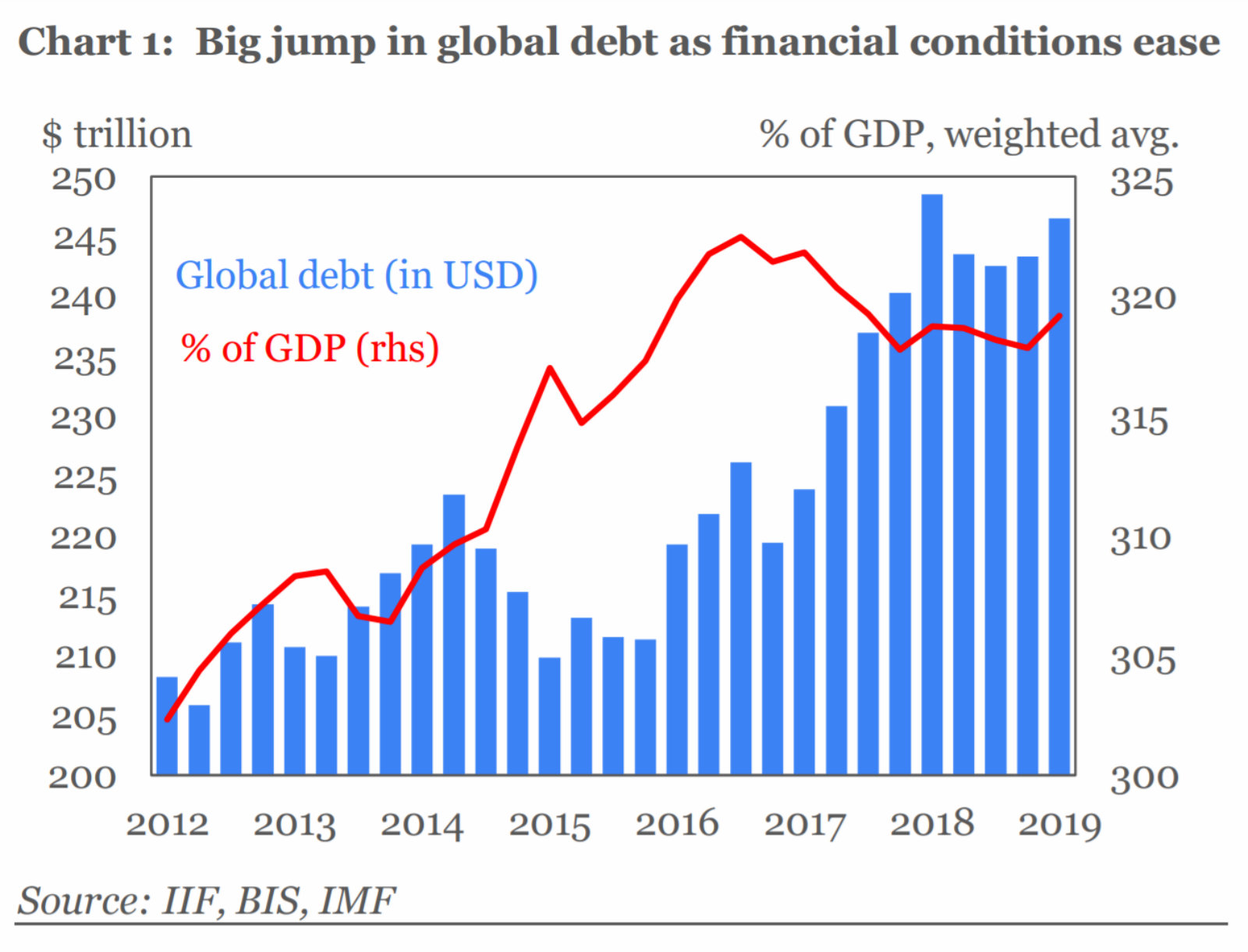 Egypt bucks the trend as emerging-market debt climbs to new record highs: Egypt’s debt-to-GDP ratio fell y-o-y in 1Q2019 as overall debt in emerging markets surged to new record highs, according to a report by the Institute of International Finance (IIF). Corporate, household and public sector debt all fell during the first three months of the year, while money owed by the financial sector remained unchanged.

EM debt rose by another USD 200 bn in 1Q2019 y-o-y to a record USD 69.1 tn. Cheap borrowing costs pushed the ratio of public, corporate and household debt-to-GDP in emerging markets to 216%. “The persistent economy-wide increase in EM borrowing continues to feed into higher contingent liabilities for many sovereigns,” the report says.

High reliance on short-term debt could become a problem: Around USD 3 tn of EM bonds and syndicated loans reach maturity between now and the end of 2020, leaving emerging markets exposed to a sharp reversal in global risk appetite.

“More blip than trend”: The latest figures suggest that last year’s slowdown in EM debt growth was merely a flash in the pan. “Helped by the substantial easing in financial conditions, borrowers took on debt in 1Q2019 at the fastest pace in over a year,” the report notes.

Expect more of the same to come: With the world’s key central banks poised to cut interest rates, debt accumulation is likely to accelerate over the coming years. “Broad-based central bank easing could well prompt more debt buildup across the board, undermining deleveraging and reigniting concern about long-term headwinds to global growth,” the report says.