News from the weekend’s fuel subsidy cuts keeps rolling in: The government has agreed with pasta manufacturers to cut prices of subsidized pasta offered on ration cards to EGP 7.25, from EGP 8, according to a Cabinet statement. Subsidized pasta now costs 35% less than the regular stuff sold on the market, according to the local press. The price cut aims to mitigate the effects of the fuel subsidy cuts implemented over the weekend, which are expected to raise inflation and further increase the cost of living.

The post-mortem of Egypt’s disastrous Afcon exit begins: A day after the Egyptian Football Association (EFA) fired manager Javier Aguirre and the entire national team’s coaching staff, authorities have begun an investigation into the governing body’s administrative and financial wrongdoings, according to Youm7. We have the international reaction to the Pharaohs’ shock 1-0 loss to South Africa on Saturday in this morning’s Egypt in the News section, below.

Across the pond, football is also the talk of the town after the US brought home the women’s World Cup following a 2-0 victory over the Netherlands yesterday, reports Reuters. Yesterday’s win was a “record-extending” fourth consecutive World Cup title for America’s women’s team.

The central bank’s Monetary Policy Committee will meet on Thursday to review key interest rates. Our poll showed on Sunday a consensus among nine economists that the CBE will leave rates on hold. The MPC last cut interest rates in February, when the overnight deposit and lending rates were reduced by 100 bps to 15.75% and 16.75%, respectively.

The House of Representatives is unlikely to wrap up its legislative session before Thursday, House Speaker Ali Abdel Aal said yesterday, according to Ahram Online. MPs itching to get on their summer break are pushing through a pile of pending bills with final and early votes, including amendments to the Investment Act and the Mineral Resources Act and a draft law to allow foreigners who invest in Egypt to apply for citizenship. We have the full roundup in Speed Round, below.

Easy money will only get emerging markets so far: As growth across emerging markets stalls, investors are banking on a response from the central banks. But experience shows us that the short-term high of inflated asset prices does little to generate productive investment and stable economic growth, Jonathan Wheatley writes in the FT. EM assets have done well off the back of expectations for easing by the US Federal Reserve, but problems lie down the road should global headwinds pick up. “The fizz of EM assets in the second half of last year has begun to fade but they have been supported by the shift in expectations for the Fed,” William Jackson, chief EM economist at Citibank, said. “But as the global economy continues to weaken, it could cause risk appetite to worsen and make the second half tougher for EM assets.”

A contrarian view: The results of Bloomberg’s quarterly emerging-market survey provides a more optimistic view of the six months ahead — provided you don’t pay too much attention to the global backdrop. We cover this in more detail in this morning’s Macro Picture, below.

Deutsche to cull a fifth of its workforce, reduce investment arm by a third: Deutsche Bank could cut some 18k jobs as it embarks on a radical restructuring of its investment banking arm. Germany’s largest bank has seen its share price fall by a quarter over the past year after poor financial results and a string of scandals. The board plans to slash the bank’s non-European securities trading, close most of its Asia-Pacific equity businesses, and dump up to EUR 80 bn in risk-weighted assets. The BBC, FT and Bloomberg have more. 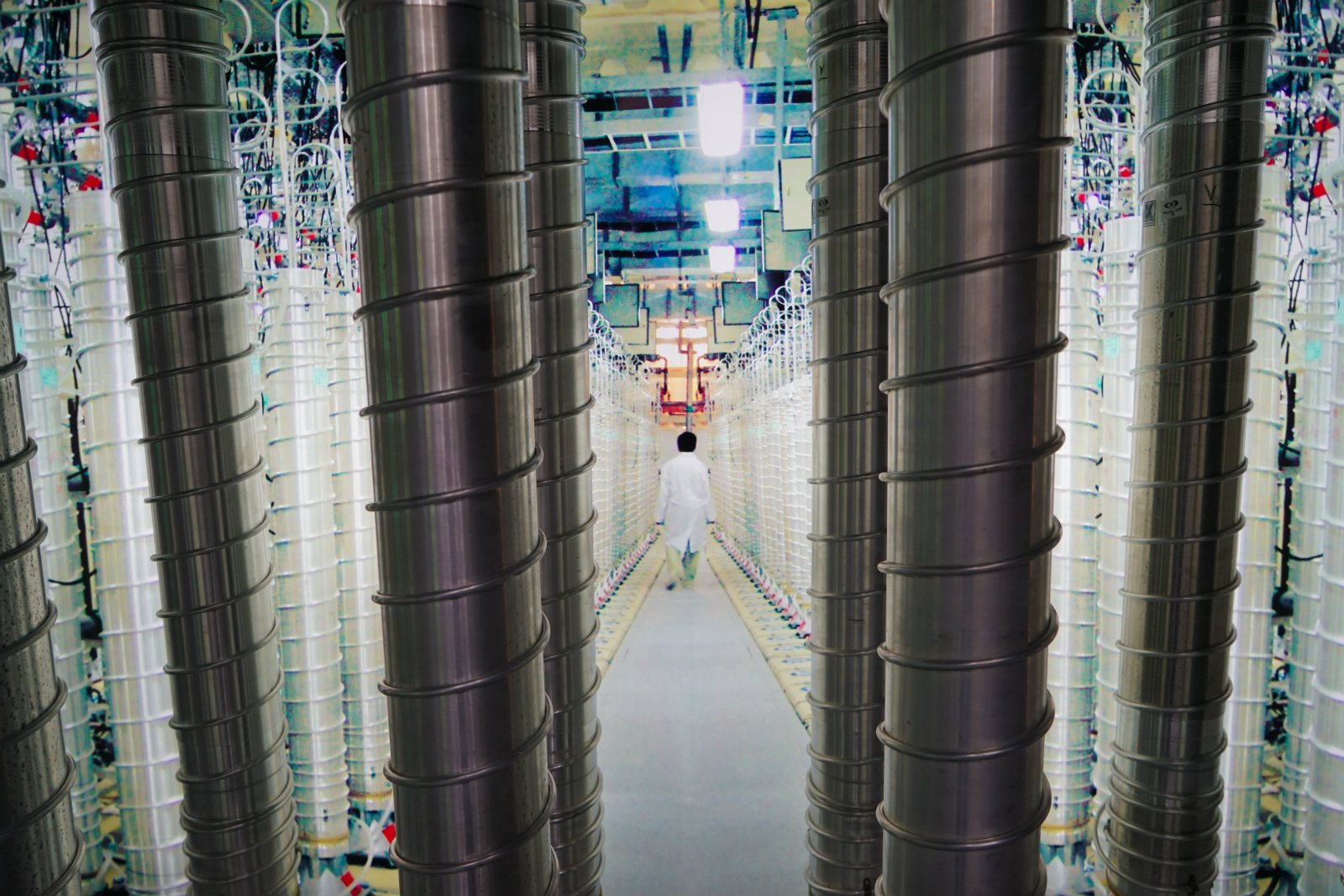 The Iran nuclear agreement is on the verge of collapse: Iran will begin enriching uranium beyond the 3.67% limit agreed in 2015 with world powers, raising pressure on Europe, China, and Russia to find a way of mitigating the effects of US economic sanctions, the Wall Street Journal reports. This is the second time in a week that Iran has broken the terms of the accord. Hours after the announcement, US President Donald Trump said the country “better be careful,” Reuters reported.

Tehran and London are in a war of words: The UK stoked tension on the weekend after it seized an Iranian oil tanker in Gibraltar it claims was heading to Syria in violation of international sanctions. In a tit-for-tat response, Iran has threatened to detain a British tanker if its vessel is not released. The BBC has the story.

Do you tend to send emails on Saturday evening to get a head start on the work week ahead? You might be part of the reason your employees are burning out, the Wall Street Journal says. According to healthcare professionals, nearly two thirds of working adults aged 23-38 say they feel obligated to be reachable and responsive for work outside of regular working hours, which expectedly puts a damper on their weekends and time off. Some companies in the US are now addressing work creep by imposing “a vacation-blackout policy [which] bars employees from attending to business during time off.”

The upshot? Having the space to disengage from the constant flow of emails and Slack messages usually gives employees a better sense of whether something can wait until the morning or after their vacation — “and 99% of the time it can absolutely wait.”