Welcome back, ladies and gentlemen — it’s a busy start to what’s likely to be a busy week. We have June’s inflation data coming out in the next few days, and on Thursday, 11 July, the central bank’s Monetary Policy Committee will meet to review key interest rates. The consensus among our poll of economists (which you’ll find in this morning’s Speed Round, below) is that the central bank will leave rates on hold for another month as it assesses the inflationary impact of the fuel subsidy cuts.

Speaking of which: Your commute is officially more expensive. Fuel prices rose between 16% and 30% over the weekend as the government pushed ahead with the latest round of subsidy cuts. We have chapter and verse in this morning’s Speed Round, below.

New fiscal data was also released over the weekend — and it doesn’t make great reading. Rising imports caused the current account deficit to almost double year-on-year in the first nine months of FY2018-19, while the balance of payments swung from enjoying an USD 11 bn surplus to turning a deficit of USD 350 mn over the same period. The full breakdown is also in Speed Round, below.

President Abdel Fattah El Sisi is in Niger today to attend an extraordinary African Union summit. The gathering will see the launch of the operational phase of the African Continental Trade Agreement (AfCFTA), which came into force on 30 May. We have more on this in Last Night’s Talk Shows, below.

The House of Representatives is scheduled to end its current legislative session and recess for the summer this week, unidentified sources told reporters yesterday, according to Ahram Online. Our esteemed representatives have a few more bills to get through before rushing to the beach, including a draft law to regulate the Bar Association and amendments the “old rent” law, among others. By law, President Abdel Fattah El Sisi must call in the first session of the House by the first Thursday of October. The next legislative season will be the last before new representatives are elected to parliament.

A World Bank delegation will visit several industrial zones in Qena on Tuesday, 9 July, according to Youm7.

Well, we’re officially out of Afcon: Our African Cup of Nations run was, sadly, cut short yesterday by South Africa, which netted an 85th-minute lead past Mohamed El Shennawy (even his sizeable hands couldn’t save us). Yesterday’s match result was not all that surprising, but it managed to set off a domino effect of chaos in Egypt’s football scene.

Egyptian Football Association (EFA) President Hany Abo Rida resigned from his post following the defeat, but will continue to lead the committee in charge of organizing Afcon until the tournament wraps up, the EFA said in an overnight statement. He also sacked the national team’s entire coaching staff, saying that “the decision is an ethical obligation.” Senior officials told Egypt Today following Abo Rida’s departure that authorities will launch an investigation into the EFA’s suspected “administrative and financial violations,” which allegedly had a direct correlation with the loss. Abou Rida has been at the helm of the association since August 2016. EFA board members Hazem Emam and Seif Zaher also announced their resignation shortly after Abo Rida’s, alongside Ahmed Megahed and Essam Abdel Fattah. 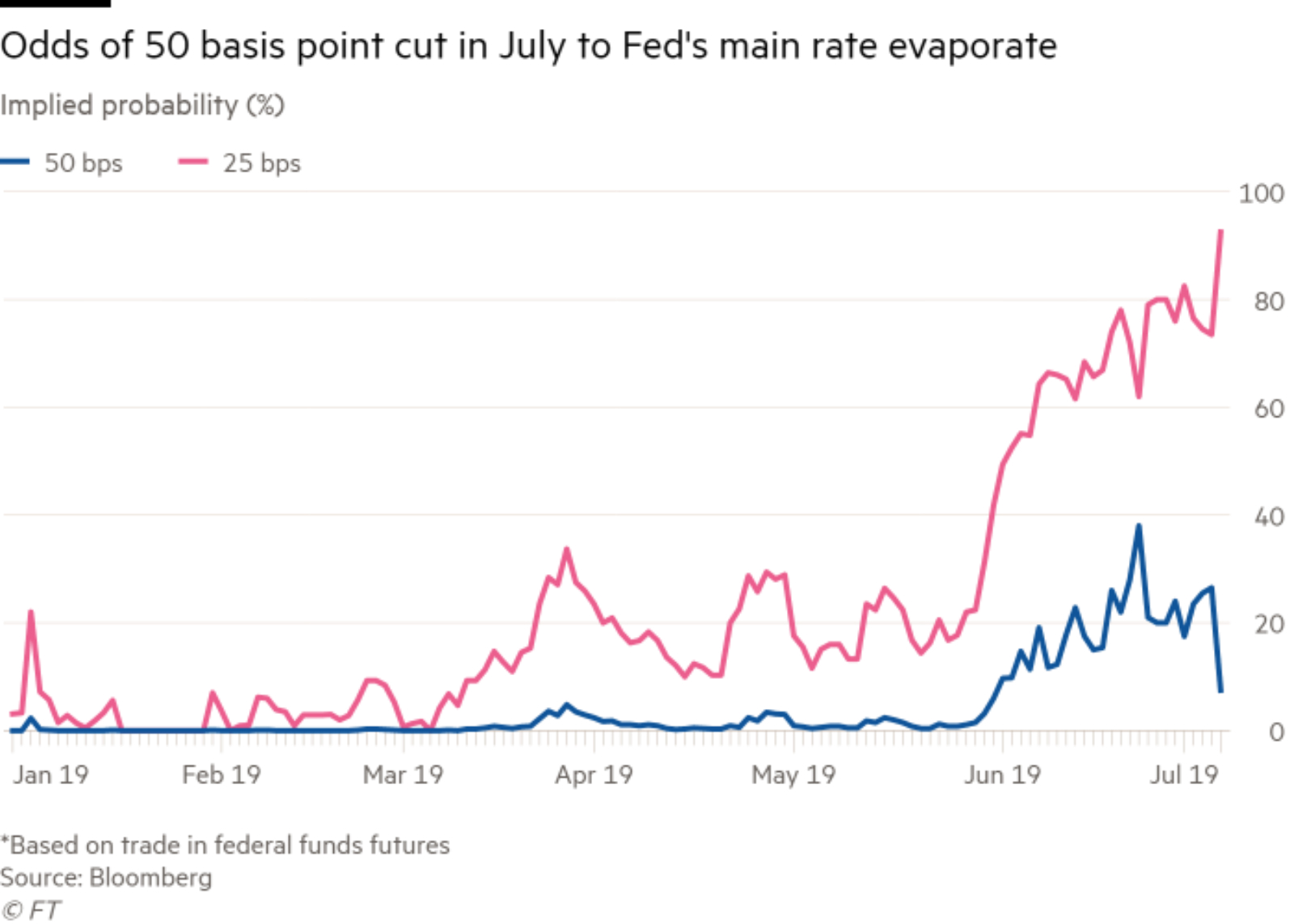 Strong US jobs report dampens expectations for deep Fed rate cut: US jobs growth surged in June, beating out economists’ predictions and shortening the odds of a deep rate cut by the US Federal Reserve later this month, the FT reports. Nonfarm payrolls tripled to 224k last month from the 72k added in May, making June the best month of 2019 for job growth. The positive data lessens the pressure on the Fed to make a deep rate cut when it meets on 30-31 July, and increases the possibility that officials will instead opt for a minor 25 bps cut. 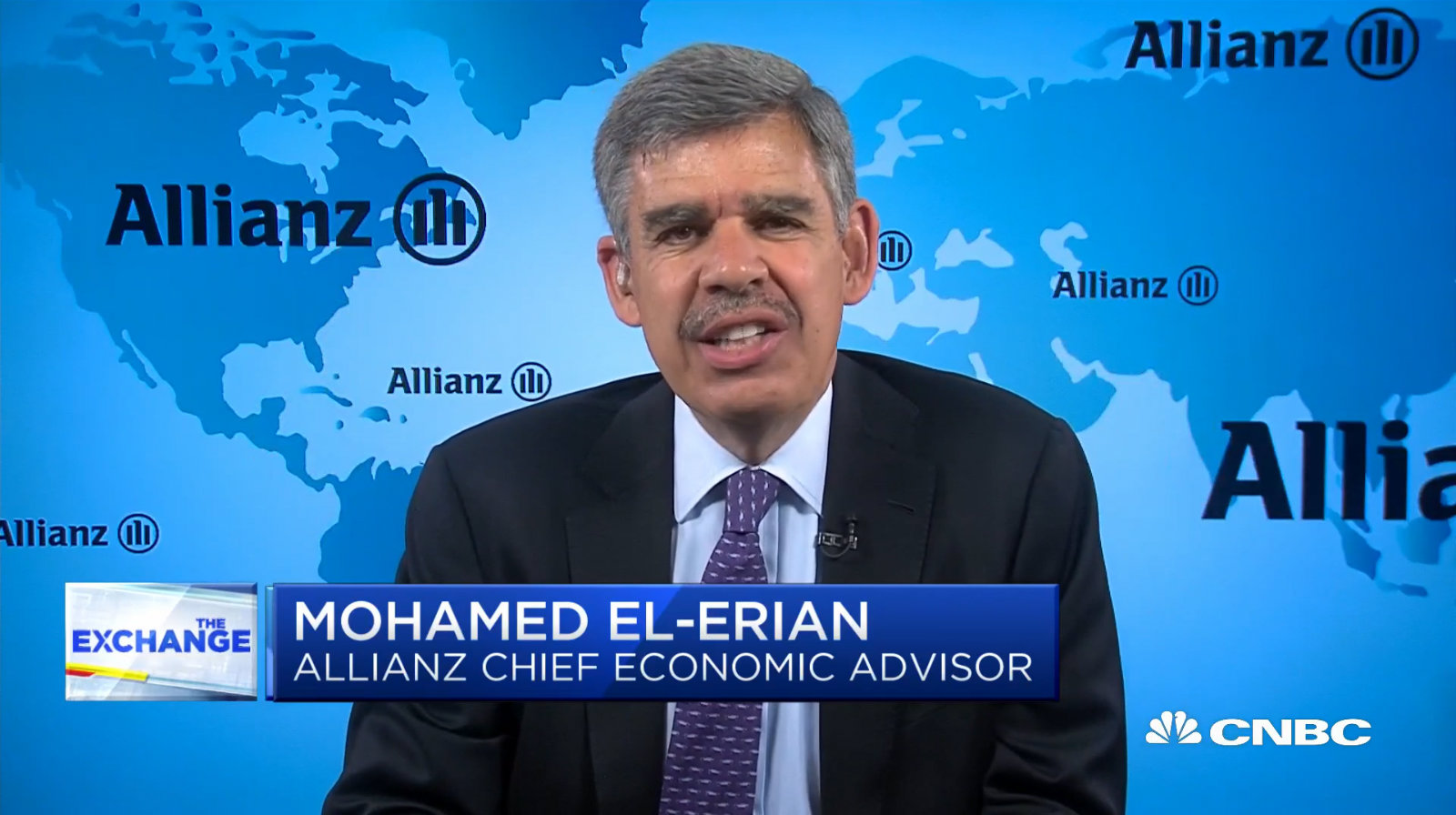 The market is getting “carried away” with expectations for multiple Fed rate cuts- El Erian: Market predictions for several rate cuts by the US Federal Reserve this year are unrealistic, market guru Mohamed El Erian told CNBC’s ‘The Exchange’ on Friday (watch, runtime: 3:09). “We as the market base have gotten carried away, carried away thinking it will be 50 bps in July, thinking we’re going to get three cuts by the end of the year,” he said. “We’re going to get one in July and maybe, maybe two, and that’s about it.”

El Erian predicts that the Fed will make a 25 bps cut when it meets this month, instead of a deeper 50 bps cut recently forecast by many market watchers.

Do we finally have a truce in Sudan? Military and protest leaders in Sudan agreed on Friday to share power in a joint military-civilian council tasked with seeing the country through a three-year transitional period before elections in 2022, the Wall Street Journal reports. The truce could mark an end to months of protests and violence for our southern neighbor, which led to the ouster of long-time President Omar Bashir in April.

Folding phones aren’t dead, Samsung insists: Two months after its Galaxy Fold disaster, Samsung is planning a relaunch in a bid to resuscitate its ambitions to become a global leader in the still-gimmicky folding phone market. The FT has more.

PSA- Calling all prospective MBA students: Stanford Business School is holding an information session at AUC’s Tahrir Square campus on Wednesday, 10 July at 7 pm. The session is a chance for prospective students to get an overview of the MBA program at Stanford and have their questions answered.