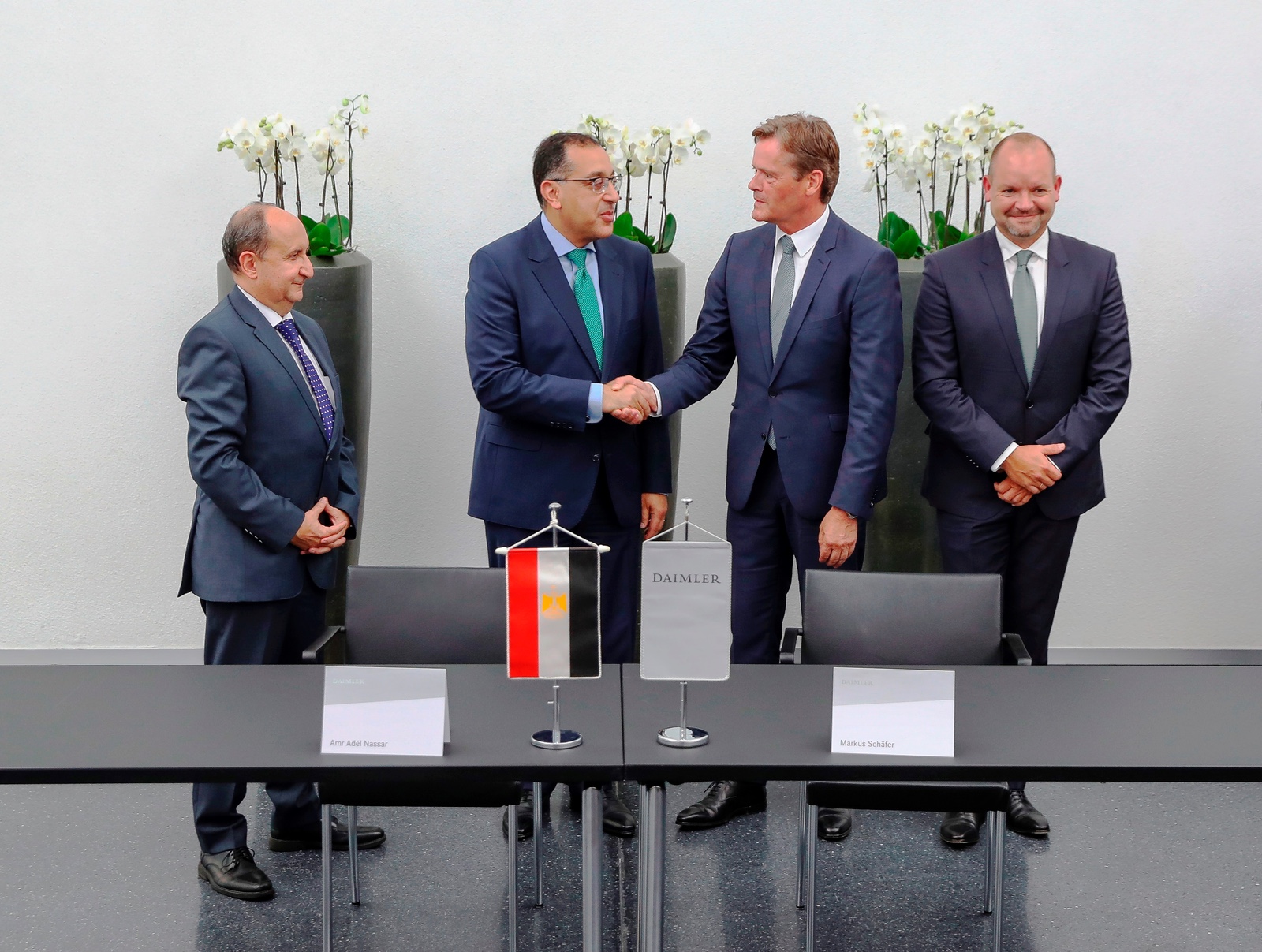 Mercedes-Benz to jump back into auto assembly in Egypt through SCZone: Trade and Industry Minister Amr Nassar signed yesterday an MoU that could see Mercedes-Benz resume the assembly of passenger cars in Egypt after a four-year hiatus, according to a cabinet statement. The pact, which Nassar signed during a visit to Stuttgart, Germany, with Prime Minister Moustafa Madbouly, will see Mercedes-Benz set up a plant in the Suez Canal Economic Zone (SCZone). The signing comes days after the Madbouly Cabinet’s dispute resolution committee ruled in favor of an importer of Mercedes-Benz vehicles in its EGP 700 mn dispute with Egypt’s Customs Authority.

The move will improve the company’s market position and boost the Egyptian economy, Mercedes parent company Daimler said in a statement.Jörg Burzer, an executive board member at Mercedes-Benz, said that the agreement would allow the company to “structure our production network even more flexibly and efficiently, and respond even better to the needs of our customers.”

Mercedes-Benz will assemble with a local partner, but the statement does not name the partner or get into specifics on ticket size of the investment or how many cars it could produce.

The German group also raised the prospect of further investment down the road, hinting that it could establish a “logistical hub” in the SCZone and expand its dealer network.

Background: The luxury car maker had shut down its Egyptian assembly line in mid-2015 amid FX shortages. The move came just as completely built-up cars (CBUs, or fully assembled imports) became more cost-competitive in Egypt amid falling tariffs on EU cars, which hit zero at the beginning of 2019. The company had “agreed in principle” in 2017 to resume assembly, and production chain boss Markus Schaefer confirmed this to Prime Minister Moustafa Madbouly earlier this year.

More business with the Germans: Nassar also signed an MoU with Germany’s Bosch und Siemens Hausgerät (BSH) for the company’s planned home appliances factory in Egypt’s 10th of Ramadan industrial city, according to a cabinet statement. The New Urban Communities Authority (NUCA) had agreed last year to allocate 10 acres in the industrial city for the plant. BSH had previously said it plans to establish a EUR 80 mn home appliances factory with a production capacity of 400k units per year.

In other news from Germany: The German government is planning to offer as much as EUR 400 mn to finance technical education, entrepreneurship, and domestic manufacturing in Egypt, German ambassador to Egypt Georg Luy said without providing further details on the loan.