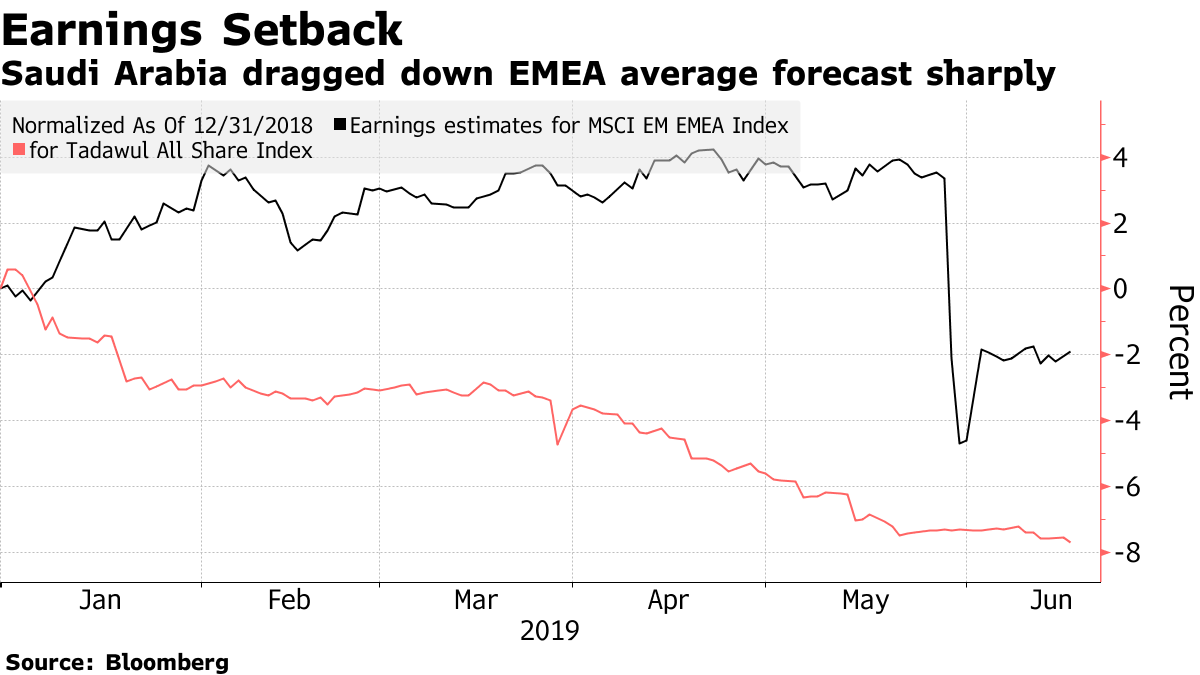 Has Saudi Arabia’s inclusion among MSCI EMs actually hurt the index? The highly anticipated inclusion of Saudi stocks in the MSCI Emerging Markets Index has fueled a rally on the Tadawul, raising both inflows and valuations — but these have not been accompanied by a rise in earnings. On the contrary, the earnings outlook for Saudi companies appears to be deteriorating faster than its peers, according to Bloomberg. This has had the effect of lowering the earnings projections for the entire region. Analysts had projected that earnings for the region’s companies would rise 3.3% this year prior to Saudi’s inclusion. Since then, the projections have turned into a 1.9% drop. Forecasts for the kingdom are down 7.7% in USD terms, the news outlet says. This has also had the effect of making the MSCI EM Index pricier in terms of valuations, which could drive away investors.

The shorts are circling: Short sellers think the bull market for the Tadawul will fall in line with the negative earnings outlook, Bloomberg notes. “They have boosted bearish [positions] against the iShares MSCI Saudi Arabia ETF above 10% of outstanding shares for the first time since its inception,” the article reads.

Not helping matters is the continued pummeling of the country’s reputation, which took another hit last week when a UN expert said there was “credible evidence” that MbS was involved in the murder of journalist Jamal Khashoggi, according to the FT. Agnes Callamard, the UN special rapporteur on extrajudicial executions, has called for a follow-up investigation.