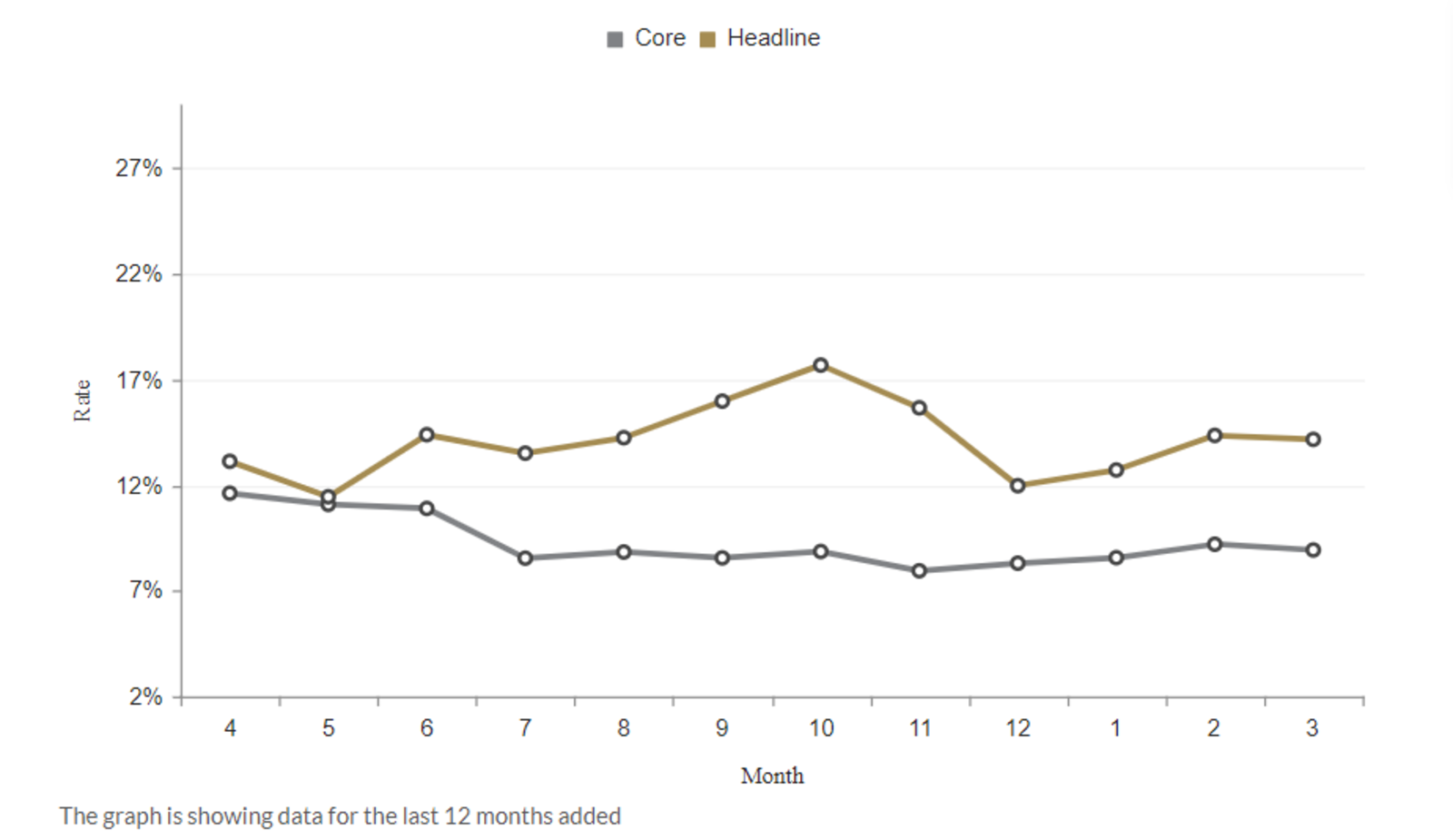 Vegetable prices are once again the main drivers of inflation: Vegetables saw the highest annual and monthly price increases, jumping 39.4% and 3.9% respectively, according to CAPMAS figures.

Inflation will increase over the next few months, rising by as much as 3 percentage points in June on the back of forthcoming subsidy cuts, Pharos said. The reevaluation of fuel prices under the automatic fuel price mechanism and the back-to-school season in September will also produce another spike. Pharos sees inflation averaging 14-14.5% for the rest of the year, and falling slightly to 13.3% by the end of December. EFG Hermes, meanwhile sees inflation rising to 14% in May and then slowly cooling to c. 10% by the end of this year.

The CBE still thinks that inflation will fall to single digits by the end of next year. The CBE left its inflation target at 9% (+/-3%) for 4Q2020, the bank said in its 2018 Monetary Policy Report (pdf) this week.

Forget about interest rate cuts for now: The CBE’s Monetary Policy Committee (MPC) will likely hold off further interest rate cuts until November or December, Shuaa said in a research note. The investment bank expects the base effect to kick in around this time and yield more favorable inflation figures — assuming global conditions remain consistent. Pharos meanwhile expects the MPC to make a 100-200 bps cut in 4Q2019, while EFG Hermes sees rates left on hold until the end of 3Q2019. The IMF said in its fourth review of Egypt’s reform program earlier this week that it expects inflation to factor heavily on monetary policy decisions.