Emerging-market debt grows at its slowest pace since 2001- IIF 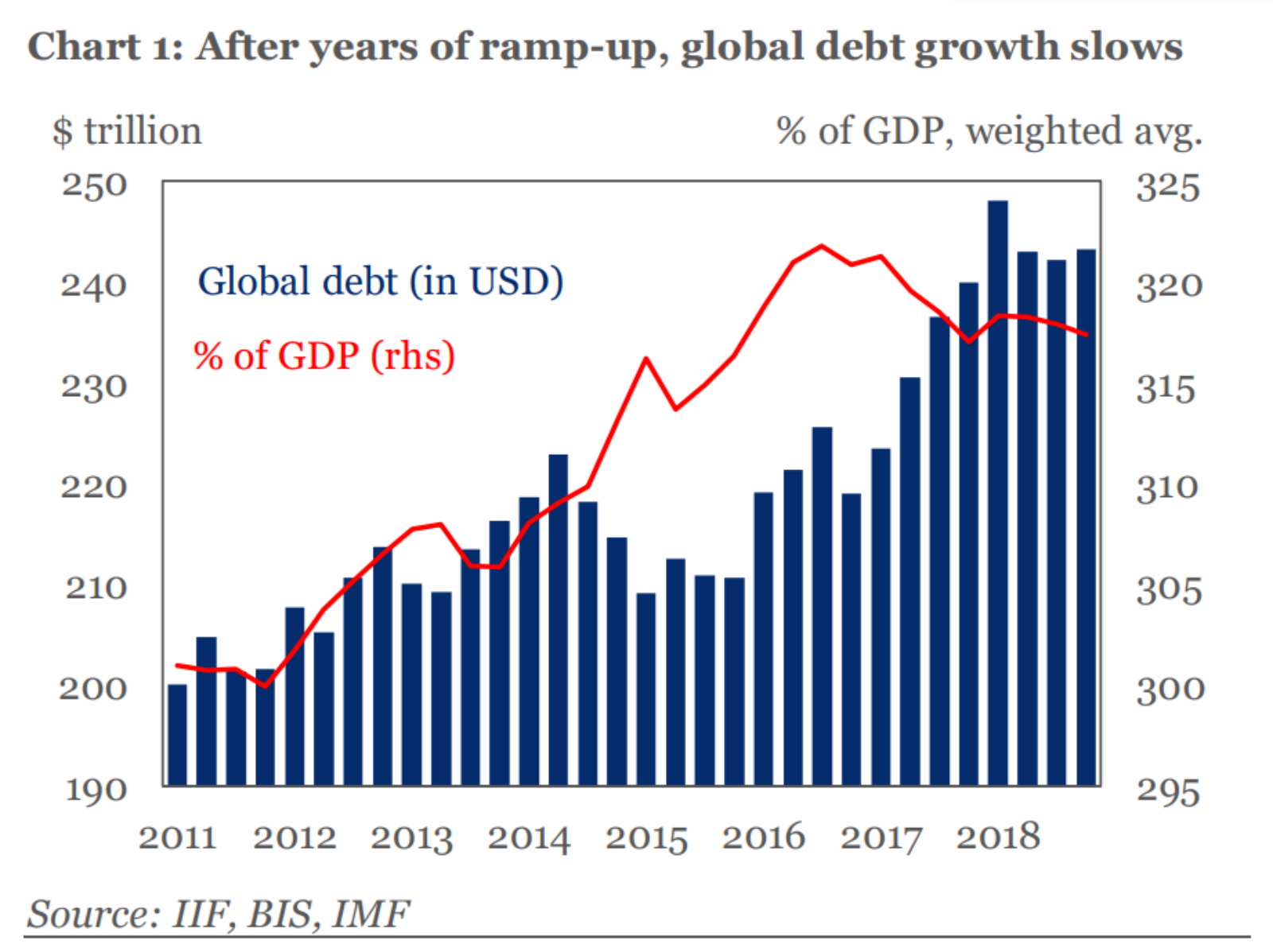 Debt in emerging markets grew last year at its slowest pace since 2001, adding only USD 1 tn or under a quarter of the average increase over the past five years, according to the Institute of International Finance’s (IIF) Global Debt Monitor. The debt-to-GDP ratio in emerging markets came in at 212% in 2018.

But government debt in emerging markets climbed to a record 49.7% of GDP, with the highest in the Asian and Latin American regions. The increased debt service bills “threatens productive allocation of public resources,” despite low borrowing costs, the report notes.

Egypt — along with Lebanon and Brazil — is one of the countries most threatened by public resource misallocation. The IIF did not take this observation further, but added that some USD 1.7 tn in EM bonds and loans (including Egypt’s) will mature in 2019, making it the most costly refinancing year in a decade. Overall EM debt servicing needs will normalize in 2020, the report adds.

Global debt also grew at a considerably slower rate in 2018 than the year before, with only USD 3.3 tn added globally compared to USD 21 tn. The slowdown was primarily driven by Europe and China, with all of the increase coming in 1Q2018 when debt hit a record high of USD 248 tn. It then fell in the second quarter to reach USD 243.2 tn by the year-end, up from USD 239.9 tn in 2017. The global debt-to-GDP ratio, meanwhile, was left roughly unchanged at 317% — still “very high by historical standards,” the IIF emphasizes.