Tomorrow is interest rate day, and we think it safe to now say the consensus is for a rate cut. Here’s our logic:

Needless to say, a rate cut would be good for businesses that have delayed much-needed capex because borrowing costs are simply insane — credit-card level interest rates to finance an investment in your business makes no sense.

Inflation could keep rates on hold in most other major African economies: The central banks of Africa’s other largest economies are also deciding on rates these days, and nearly all of them are expected to keep rates on hold due to “upside risks in inflation,” Bloomberg says in a separate piece. 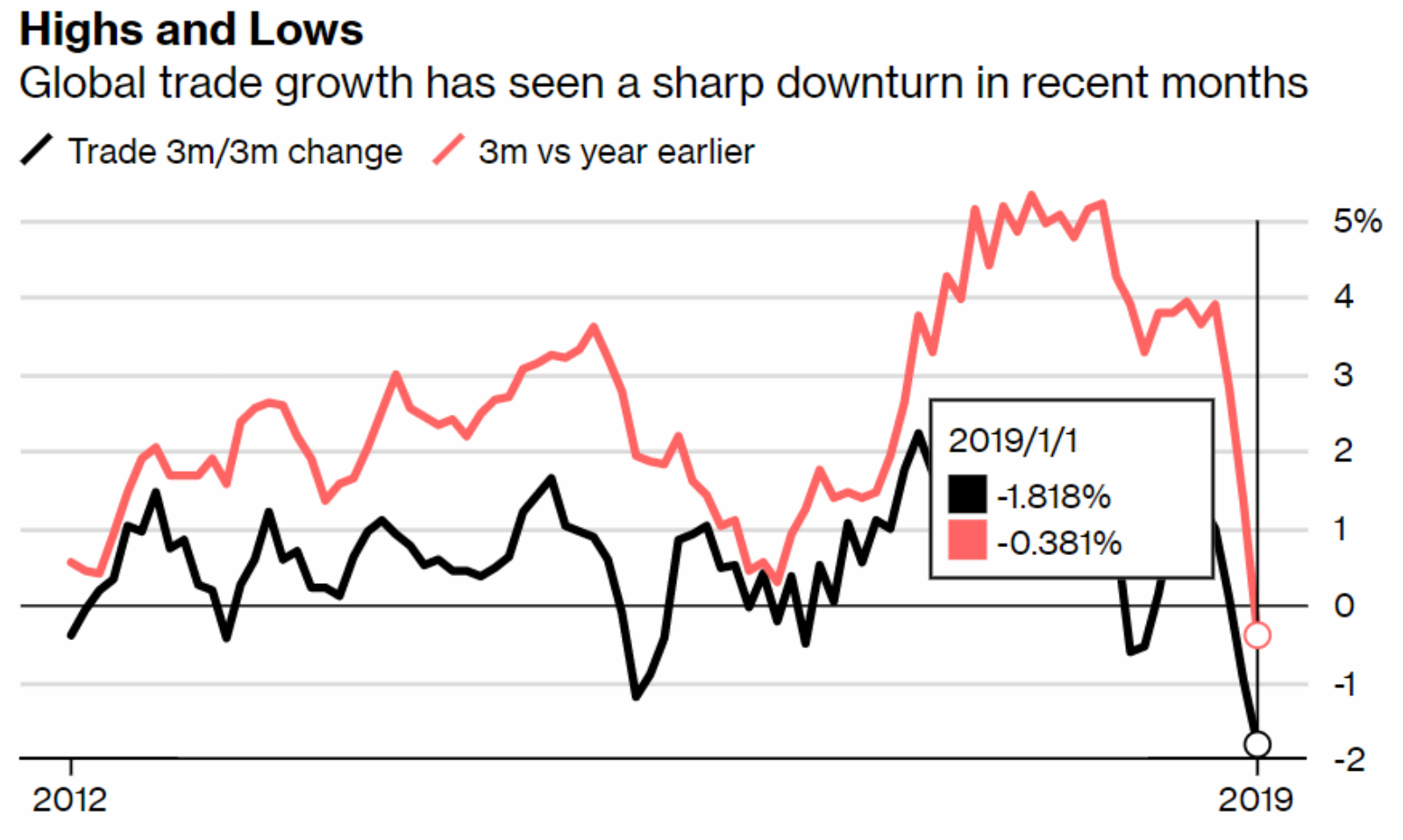 There’s no consensus in global markets about which way is up: European shares were okay and US futures up yesterday, but Asian shares are slipping this morning as “investors tried to come to terms with a sharp shift in US bond markets and the implications for the world’s top economy,” Reuters reports.

Bonds continue to be a concern though: The yield on 10-year US Treasuries is still in an inverted status against short-term paper. This is concerning investors who see it as a sign of recession (more on this in this morning’s Macro Picture, below).

And you may not want to look at the latest trade data… Global trade fell 1.8% in the first quarter of 2019 — the biggest drop since May 2009, according to World Trade Monitor stats seen by Bloomberg. This is also the first quarterly drop on a year-on-year basis in nine years.

…or at the looming “earnings recession” in the US, where profit margins “are on track to suffer their first fall since 2015 as companies increasingly struggle to pass on costs of rising labour, transportation and raw materials to customers,” the FT writes.

Two stories about tech / tech-driven businesses worth reading if you, like us, are nerds for that kind of thing:

And in regional news worth knowing:

Making us smile this morning: Ahmed Heikal’s ERC has delivered 51k tons of fuel products (including 38k tons of Euro V-spec diesel) to EGPC, putting it on track to compete trial operations by 2Q, according to Al Mal.