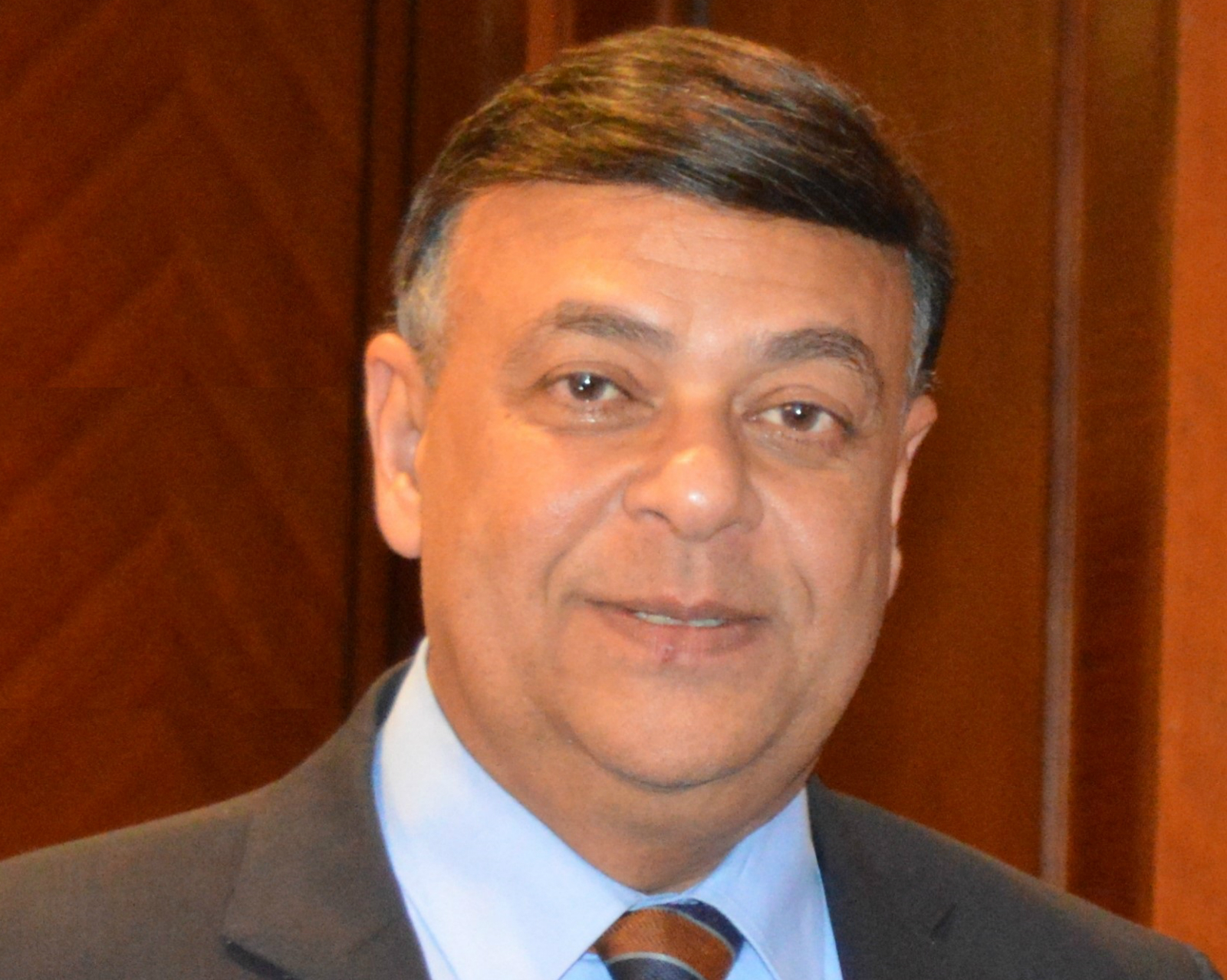 We knew there had to be something to Basel El Hini (LinkedIn) not because we were, at a time, neighbors in Maadi (once upon a time and unbeknownst to each other), but because he has impeccable taste in modern American literature in the form of John Grisham. And forget about A Time To Kill or The Firm — this is a guy who knows about the Ford County short stories and Playing for Pizza. El Hini came to the state-owned MIHC to “take the government-owned insurance sector to another level,” rehabilitating and deriving new value from its insurance, investment and real estate portfolios. The latter is huge: It includes “the majority of Khedival Cairo,” as he put it. For El Hini, it really is a homecoming of a form: He was previously deputy chairman for finance and investment, a post he left in 2016 to pursue opportunities in the private sector before returning late this past fall. He had earlier served at Banque du Caire and Banque Misr in addition to a stint as an advisor to the minister of finance.

2018 was a year of regrouping and change — and not only for me, for your information, but for the company as a whole. The board of the IHC changed twice, actually — the previous board stepped down in May and the previous chairman with it. And then the minister changed a month later. And then came Minister Hisham Tawfik, and he brought in his own chairman and managing director with two deputies and a new board. It was a lot of change — not just because of me. It was a year of regrouping because we needed to re-focus and re-establish our compass and take it from there.

The biggest challenge of 2019 will be the simple fact that the market is stagnant. The market for insurance isn’t growing. All of the players, public and private alike, are fighting for market share in a market that is constrained in size.

The industry is stagnant, first and foremost, because people have no concept of how important insurance is as mode of saving, as a saving vehicle. I believe that insurance, in the mind of the layman, is more associated with compensation in case something happens, which is not a very popular notion in Egypt. So the general population isn’t hot for it. This is the main reason: awareness. Enter new players, who see that the market isn’t growing, but they need to show results, so they focus on taking market share. Increasing awareness and working to grow the demand side are not short-term goals. So it’s a vicious circle, one that needs to be broken somehow, by someone. It’s not just about advertising how great insurance is — it is about changing mindsets as early as in K-12 education.

The biggest opportunity is internal. IHC already has two giants: We already have a large investment portfolio, probably the largest in the market for a company of our size. We already have a large workforce that is passionate about its company. And we have a huge real estate portfolio. With a little extra effort, we’ll be starting from a good place. It’s not as good a place as it was in the past because of the fierce competition today, but it’s a very good place.

Egypt is an emerging market, so we’re not immune to what’s happening around us in EM. Trade wars and talk of recession in developed markets have no roots in EM, but we will be buffeted by them. I’m not so sure what the ultimate effect will be on 2019. The internal economy has its drivers that, if revved up, will do the job, but they someone has to ignite the fire. And my concern is that the external factors might negatively impact us. I’m also hoping that not only macro indicators will continue to improve — what we need are injections of capital from the outside. Foreign direct investment is a catalyst. Better EGX performance will make things better. We need the rally to start somewhere and it will snowball. And you need to keep it all in context — in many ways, we are still regrouping as a country [from events since 2011].

Our approach to compensation in our 2019 budget is probably different than most of the other people you’re talking to. We have a hard balance to strike: We’re limited by government pay scales. I mean, we try. We know that living conditions aren’t getting easier, but we are part of a wider system.

I don’t envy the policymakers when it comes to interest rates. Things are not as straightforward and clear as they might wish. Personally, high interest rates? You’re right — they make investors happy. But at the same time, the economy needs an injection of expansionary measures, not the other way around. I would love to see rates go down because this might be one of the factors that really jumpstart the real economy.

Where will I invest this year? I’m going to answer in a sense different than the one you probably mean. I’m going to invest in people — in the capacity of our people. And in technology.

I would say that I’m hopeful when it comes to the IPO outlook rather than viewing it as definitively positive. I really hope that we see a better year on the IPO front, because we were moving very firmly on the right track. Everyone was anticipating the gov’t-owned IPO program because they would deepen the market and attract new funds from outside the market, which is what the EGX really needs to take a leap forward. I’m hopeful that the market conditions for IPO and M&A will improve. Once that happens, once the EGX moves in a more positive direction, then IPOs will start pouring in. But so much of this is about factors outside of Egypt.

There is much more opportunity on the M&A front than first meets the eye. Assets are really undervalued right now and there are so many great catches out there. I’m probably more optimistic here than I am about the IPO climate.

IHC doesn’t have to do greenfield. If there are good opportunities, then, yes, we’re buyers. If not, then no, we’ll build.

I expect we’ll see more regulation across the board. The Financial Regulatory Authority has been moving quickly to regulate the markets, and I expect this will continue. It is a good trend. I also expect there’s more than a possibility that holding companies like us that have more than 50% of their activities in regulated industries will themselves be regulated by the FRA, and I welcome that. But what I hope is that there will be more stakeholder consultation as these things happen. Sometimes regulators are more intent on accomplishing things and their pace might outstrip the stakeholders. But even so, I hope consultations are given more weight in the consideration and direction of the regulators.

Something about me personally? I miss having time to write and to read. I’ve actually started a novel, but I have had to put it on hold. And I love to read outside business and finance. My hope is that someday I will have time to do these things again.