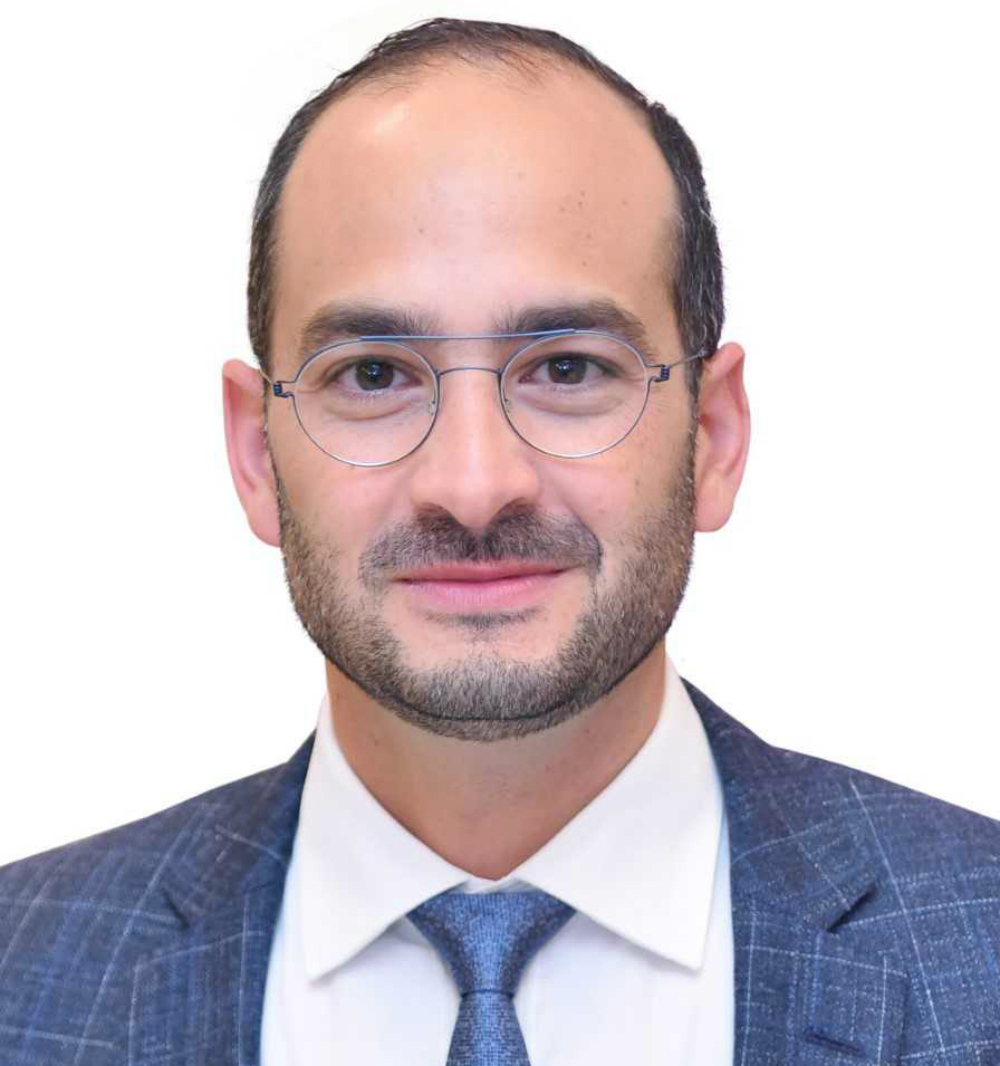 Riad Armanious leads one of the regional pharma industry’s fastest growing companies as he aims to transform his family’s company, founded in 1919 by his grandfather, from a regional generic manufacturing powerhouse into a research and development focused player. Armanious (LinkedIn) also serves the industry as a whole on trade associations and export councils and was the only Egyptian on the World's Economic Forum's 2018 list of 100 global leaders under 40.

It was a tough year for the industry, but it was a year of change for the better.

2019 will be the year we focus our effort on international expansion. Eva Pharma is trying to move towards becoming a more specialty-based and innovative company. We signed a lot of international agreements in 2018, which we will see come into effect as part of our global expansion plan in 2019. We currently operate in 41 countries, but we’re looking to expand — with a big focus on Africa, where we see a lot of potential for a company like ours.

We signed a few out-licensing agreements with global organizations to take some of our products to Europe. We already have reach in Eastern Europe, so we’re focusing now on Western European countries. We have approval to export to the European Union — which isn’t to be taken lightly — but we’re now also looking to move into commercializing and registering products in the EU.

In terms of turnover, we’re talking about 25% growth in 2019. We plan to increase that to 50% by the end of 2021 by focusing on respiratory, inhalation and utilization products as well as specialized dosage forms that are currently not produced in Egypt.

The biggest challenge this year will be the global climate. The US-China trade war complicates the scene very much. Brexit complicates things for us, too, because while there is one agency that regulates our industry across 28 states in the bloc, now nobody understands how the UK will be regulated if Brexit happens. This is just an example of how we’re seeing further fragmentation of regulation, which goes against globalization — we’re actually seeing deglobalization through inefficient regulations. The more regulations you have to maneuver, the more time the process takes and the more costly it all becomes, leaving less space for innovation. Deglobalization is one thing that’s very painful for someone who’s passionate about bringing innovation to patients.

Egypt so far has been doing well, but is our competitiveness increasing? Are we developing in terms of manufacturing, efficiency, and logistics competency? We’ve done a lot in terms of political stability and in security, but we need to see more on manufacturing and logistics if we want to increase our exports as a country. We would need logistics routes to transport products, and strategic and easily-accessed maritime and air links, for example.

We need lower interest rates this year. I’m sure many other people have already said that, but we need lower interest rates for innovation — not just to protect smaller companies. I’m all for helping SMEs because that’s definitely proved effective in terms of economic development. But you also need to finance, give tax breaks or offer financial incentives for innovation-based projects taken on by companies outside of the SME scope.

Innovation doesn’t happen because of goodwill or good intentions — it happens because of good economics as well as the right ecosystem factors. We need economic incentives for innovation because it’s important, not just for prestige, but as a competitive driving force of growth. You can grow in two ways: Either due to the ability to grow your size in the market or due to competitiveness in innovation.

Biologics (therapeutics or diagnostics) will be among the biggest opportunities in the industry. One of the areas we’re currently investing in is vaccines. Viruses mutate based on local conditions, so the more specific your vaccines are to local viruses, the more effective they are. We’re investing in vaccines, and avian flu vaccines in particular. We’re also working on getting one of our facilities FDA-approved, which would be the first one of its kind in the country. It’s not easy, but it comes with its rewards, so, that’s something we’re looking to complete in 2019.

We’re also investing in manufacturing facilities in Africa as part of our plans to become a more active African player as opposed to just national.

There’s also major potential in the universal health coverage campaign that Egypt is rolling out. It’s an ambitious plan to ensure that 100% of Egyptians are eventually covered, starting with the governorate of Port Said in July 2019. We understand, of course, that it will take a number of years for the program to cover the country in its entirety, but we expect it to significantly change the dynamics of the market as it expands access to healthcare and increases market shares. That’s why we’re all investing in it: When you have more patients covered, you need much bigger volumes and lower prices, which is good for the country and, most importantly, patients.

On the compensation front, we will see an average increase of over 20%. We’re trying to reverse Egypt’s brain drain by ramping up salaries so that they’re more globally competitive. If we want to become a global company, we have to be globally competitive as well. In general, we have a big increase coming up, as well as promotions. We also have a lot of positions being opened to serve our innovation and globalization plans.

Our business has absolutely been constrained by high interest rates. I’m not an economist, but I expect and hope they will come down a little. We’re investing a lot in our development to expand our presence globally and adding more manufacturing lines.

Inflation was a huge issue for us. Inflation affects you on the cost base because we’ve been increasing salaries over 20% over the past two years and will be doing the same for this year. Inflation affects morale and variety — humans like choice, and inflation curbs choice, which decreases quality of life.

I expect tourism to outperform this year, while real estate will underperform. We’ve been inflating the bubble for some time now. I think the lower end of the real estate market will be resilient and the upper end is usually more resilient, too.

If I were to start a new business today, it would be in artificial intelligence in genomics.

The most common question is get from outside parties is: “Are you optimistic?” As a person, I am, but I hope to see us make decisions based on data rather than emotions. But I’m optimistic about the economic reforms, which speak loudly of better times to come in Egypt. We have a lot of the pillars needed for a competitive manufacturing base or an export base — we just need coordination on a national level. Coordinating what needs to be done through national policy and stringing the parts into long-term vision can bring about positive outcomes, but the components are already there. The fundamentals are there.

What question will we be asking at the end of next year? I hope we’ll be asking ourselves: Are we more innovative as a country? That’s an important question because it’s future-looking and that’s what we should be focused on.