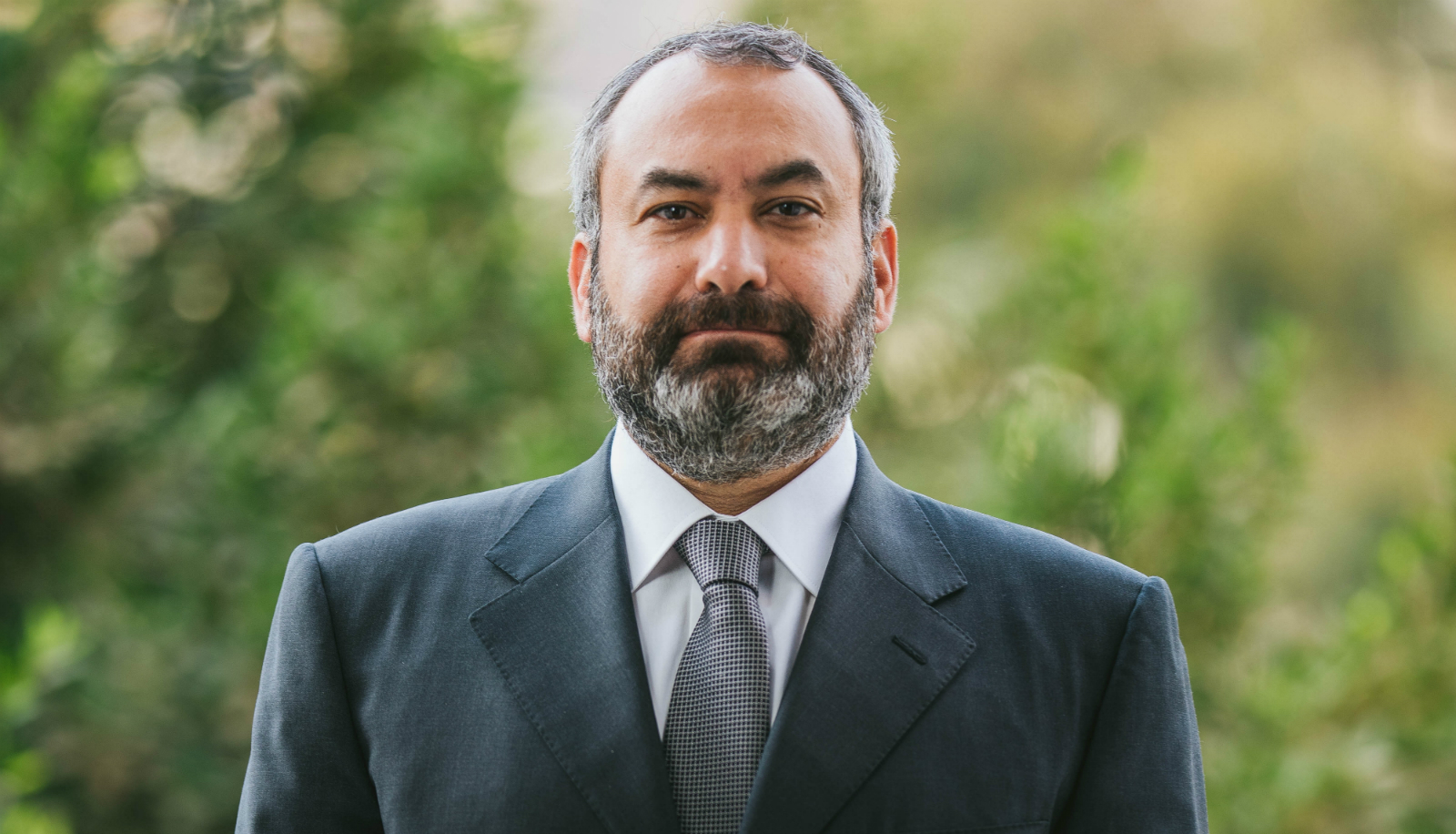 Elwy Taymour is a veteran of the finance industry and the son of one of the man who helped create the sector on a hot August day in 1980, not long after President Anwar Sadat opened the door to private sector participation. With over 26 years in the industry under his belt at home and abroad, Taymour (LinkedIn) cut his teeth in brokerage and investment banking at Merrill Lynch and EFG Hermes. He was a vice president at Auerbach Grayson & Co. in New York, where he was responsible for selling assets in regional markets as well as running the syndication desk for all GDR transactions in the US market. Taymour is also a veteran of LinkDotNet, where he was chief financial officer, and was founder and managing director of ArabFinance, the online trading platform.

2018 was a year of anticipation and of gearing up for growth. For Pharos, we built a proper base for growth in anticipation of what is coming for us in 2019. It was an important year in terms of putting in place the right organizational structure, which mostly entails hiring the right caliber of people. 2018 was definitely more stable than, say, 2016 —we had a better vision of where things are going, which made us better able to prepare.

2019 will be a year of transformation for the company. We’re anticipating growth, and we’re adding new and more interesting lines of business. We’re anticipating better market conditions. So, for us as a company, it will be transformational — one in which we will go from just being an investment bank to a non-banking financial services provider. We’re moving into very interesting things — microfinance, leasing, private equity, and renewables — that can add value to the market. We’re also investing more in technology, as opposed to brick and mortar business: Everything will be more dependent on AI, machine learning, and algorithms, which will help us make the right decisions. The conventional approach of just going to villages, neighborhoods, and suburbs to get to know the people there and lend money is going to be replaced. It’s a growing pie.

Our biggest challenge this year is also our biggest opportunity. We see the opportunity clearly, but the challenging part is moving quickly.

On the performance on the wider economy I think it’s going to be better despite the challenges. Inflation is still high, and that eats away at growth, but that will hopefully start abating this year 2019. I think our estimate is that probably sometime in 2Q or 3Q0219 you will find that inflation — which has been persistently over 20% — is going to go down or stabilize, not necessarily to the single digits, but in the 13-14% range. So we’re quite bullish about Egypt in general in 2019.

And Egypt will benefit from the turnaround in sentiment on emerging markets — we will be able to kick start the privatization program. I think the government is looking to get the program off the ground in 1Q2019, which is reasonable. The program itself is pretty substantial; some of the 20 companies in the first wave are quite large and will be a significant addition to the market. Investors will start looking at Egypt once again after its market had shrunk significantly, both in terms of market size and traded volume per day. There will likely be an uptick in private sector IPOs, as suspended plans begin to see the light again. If more private sector IPOs come to the market alongside the privatization program — and companies start trading significantly — the market will start to look appealing again to EM investors.

For 2019, we’re basing our compensation policy mainly on merit and market norms. We conducted a market study to get an idea of how we should be compensating our employees, but we also look at merit to see who deserves salary adjustments, not just one-off increases. If they’re overachievers, they should receive the normal annual raise increment, plus probably a multiple of what they’re taking.

Has our business been constrained by high interest rates? For sure. If the interest rates were at 9%, for example, that would have been much better from our standpoint than having to pay the bank some 20%.

But we do expect rates to come down in 2019. As inflation starts to abate — probably by 2H2019 — the central bank will start to ease its monetary policy, and we expect rates will go down this year. There will still be a few inflationary shocks this year, between the lifting of energy subsidies and some lingering tightness in EMs in general. But things will likely get better by the second half of the year.

I am investing in my business — shoring it up not just in terms of money, but also human capital, in addition to the new lines of business we’re looking to get into. We’re looking to start our private equity business, through which we will be investing in things such as renewable energy, and fintech companies. These ventures are related to what we already do, but remain new, so we’re exploring things that we do not quite understand yet — perhaps not as much as other people do.

How much of an issue was inflation in 2018? Inflation eats away and suffocates the business. As a company largely dependent on human capital, we have to pay salaries that will retain talent, so inflation prompts salary adjustments that eat into our margins. We also rely on USD-based tools like Bloomberg and Reuters screens, so the EGP devaluation caused these costs to shoot up on our balance sheet. The currency float was necessary, but costs and profitability were affected.

I like non-banking financial services in 2019. Some 70% of Egypt’s population is unbanked, and providing services such as loans for this large slice of the pie is quite significant. This market will continue growing at an increasingly fast rate. Tourism will also pick up where it left off in 4Q2018 and will do quite well this year.

Who will have a challenging 2019? Businesses that are heavily dependent on imported inputs will continue to suffer. The banking sector will also suffer somewhat with the new tax treatment of income from treasury bills; many banks are investing significant portions of their balance sheets in T bills, and their profitability will take a hit with the new treatment. Obviously, number three is real estate; there is an oversupply in the market, recovering from that will take some time.

Good things have been done in terms of regulating the market, but we are a bit behind in other aspects. I am singling out digitization. We’re talking about an economy that’s looking at digitization to serve the underserved, right? We’re looking at mobile lending and payments, e-wallets, all of these nice buzzwords that everybody wants to use. I think we are not moving as fast as should be the case. If you look at places like Africa, for instance: Kenya, Uganda, Nigeria, and South Africa are all years ahead of us when it comes to digitization. So, there’s an issue there.

Egypt is going through a period of change. We’re starting to finally see this period bearing fruit. I am quite happy with Egypt versus other economies in the region; we’re growing faster than many of them, so I’m happy to be investing in Egypt. I look at other countries and see that Egypt, in terms of growth prospects, is better. When you find the Chinese coming to invest in Egypt, that should tell you something.

If I were to start a new business today, I would probably look at tourism. I don’t know anything about it, but I see there’s a massive opportunity going forward. I think Tourism Minister Rania Al Mashat has been doing a great job — she’s seeing the industry as a money maker, and she’s looking at the sector as a whole instead of just picking out bits and pieces. It is unfathomable to me that Egypt’s tourist arrivals fail to cross the 14 mn mark, whereas places with a fraction of Egypt’s population are getting more visitors.

Emerging market sentiment greatly impacts our industry: We depend a lot on EMs, in general. Our industry as it stands right now is significantly dependent on global money moving in and out of EMs. Whether Egypt is doing well or not is important, but at the end of the day, money is not going to come if EMs are not in the limelight. That’s the problem.