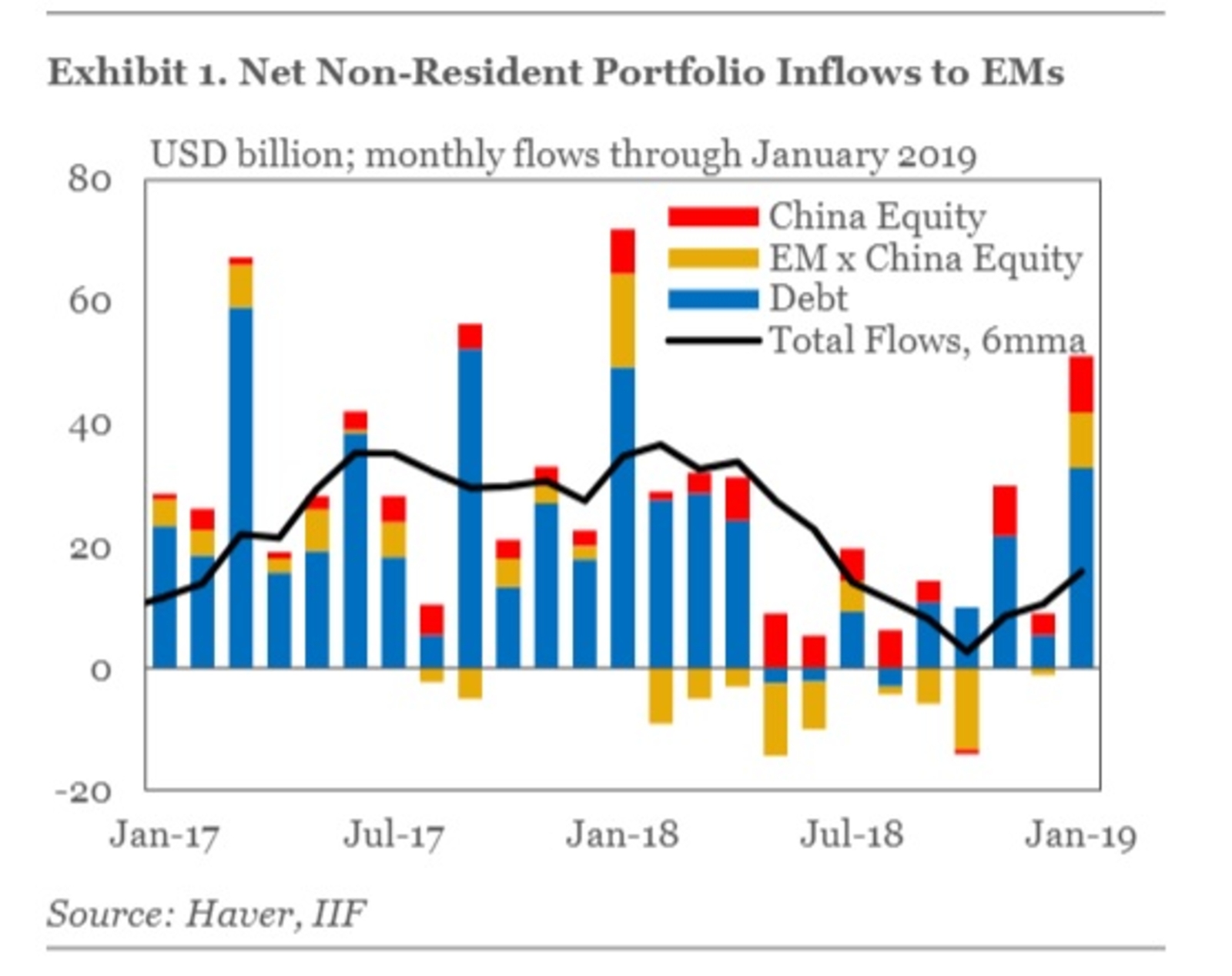 Egypt’s short-term USD debt down by USD 3.25 bn to USD 14 bn: The government used part of proceeds from the sale of treasury bonds to settle USD 3.25 bn-worth of short-term USD-denominated debt, Vice Minister of Finance Ahmed Kouchouk said, adding that total outstanding figure stood at USD 14 bn by December-end, according to a ministry statement.

The EGP received a boost from foreign portfolio investors last week, who scooped all 5-year bonds in auctions last week, raising their holdings in Egypt’s debt to USD 12 bn, according to statements to the press by government sources. This bodes well for the Finance Ministry as it prepares to sell between USD 3-7 bn in USD- and EUR-denominated bonds sometime in the coming few months. Officials have said they will also sell green and JPY-denominated bonds sometime this year.

Egypt’s gains last month were part of the best month for EM inflows in a year: Investors ploughed USD 51.1 bn into emerging market stocks and bonds in January, making it the best month of inflows in a year,according to an emailed report from the Institute of International Finance. Non-resident investors put USD 33 bn into emerging market bonds (compared to just USD 5.4 bn in December), with debt issued by Asian and Latin American countries proving particularly attractive. “A decisively dovish Fed has provided a fresh source of impetus for a bounce in emerging markets,” JPMorgan analyst Saad Siddiqui said in a separate letter to clients. “The Fed dropping any bias towards hiking rates and softening the rhetoric on balance sheet policy is significant for EM assets and paves the way for an extended bounce,” he wrote.

EM shares hit five-month high: Emerging market shares hit their highest level in five months at close on Friday on the back of optimism over US-China trade talks. The MSCI emerging market index closed 0.1% up, capping a month in which IIF figures show USD 18 bn was invested into emerging market stocks — over half of which (USD 9.2 bn) went into China.