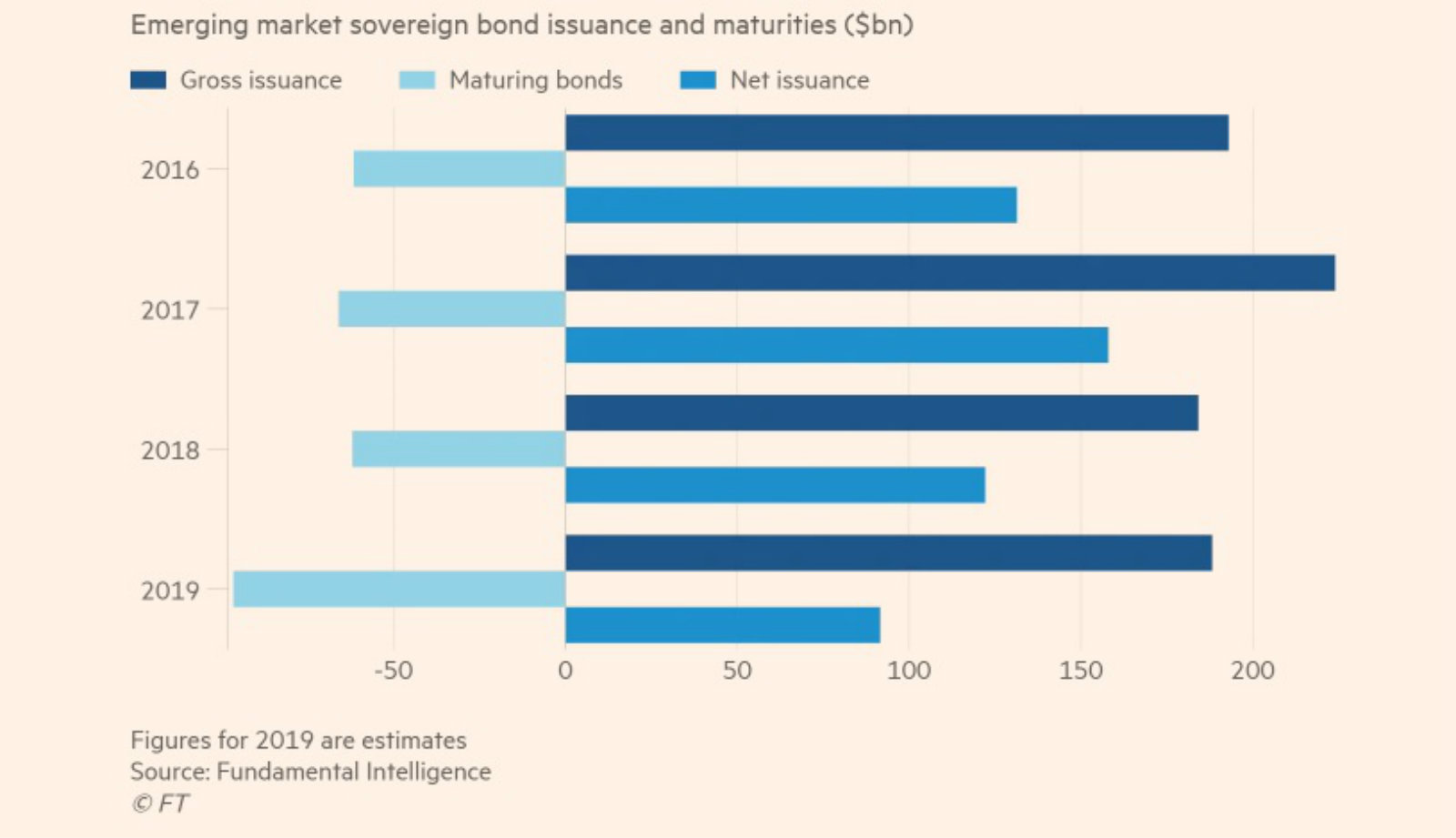 What’s the outlook for debt issuances in emerging markets as the Finance Ministry gets set to go on the road? The Finance Ministry’s announcement on advisors yesterday came as the global business press debates debt levels and prospects for new issuances across EM. Egypt, one of the more active EM issuers in the past two years, came up frequently.

S&P has tagged Egypt along with Argentina, Pakistan and Lebanon as having “unsustainable” levels of public debt, Reuters reported. But our rising foreign and domestic debt have not prompted the ratings agency to issue a downgrade warning. Meanwhile, Bloomberg reports that Fitch has a positive outlook on Egypt’s rating as of the end of 2018 even as it warns that other EM issuers could face credit downgrades this year.

With other EM credit ratings on shaky ground, Egypt could shine: All three of the major ratings agencies have warned of further downgrades among emerging economies. Moody’s currently has 19 countries EM countries on downgrade warnings (compared to 11 for upgrade) while Fitch has predicted that 2019 will see more downgrades than upgrades. “I wouldn’t be surprised if we saw more downward pressure [on global ratings] because we think the risks are really skewed to the downside,” Fitch sovereign analyst James McCormack told Reuters.

What does this mean for sovereign bond prices? Falling net supply of EM sovereign debt will help to support bond prices in the face of rising US interest rates, analysts said. “I think this is going to be an OK year [for EM bonds],” Spegel said, adding that the jury is still out as to whether money will move to less risky markets as volatility increases. Shamaila Khan, director of EM debt at AllianceBernstein, added that the declining supply is “another supportive factor for asset price performance.”