Could a second referendum be the only way out of the Brexit mess? 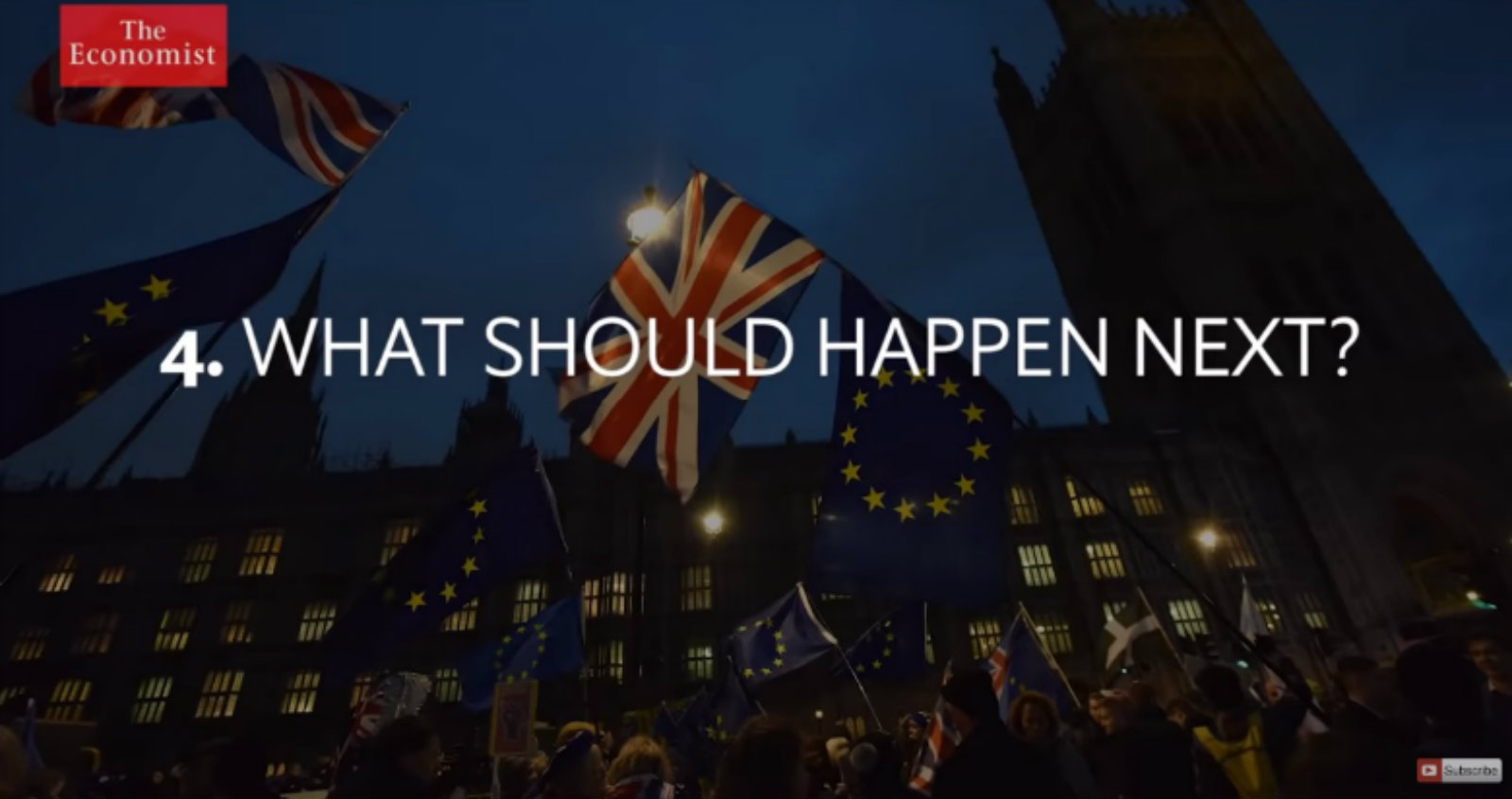 With only about 10 weeks left until Brexit, the UK has to make some tough decisions to end a political crisis unlike any other the country has ever experienced. The UK, in recent decades known for making sensible decisions, has always had a functioning democracy through which people would elect representatives to make decisions on their behalf. What happened, then?

Direct democracy vs. elected representatives: It all started with the 2016 referendum, Britain Editor for The Economist Tom Wainwright says (watch, runtime: 03:33). “What’s happening now is that those two different kinds of democracy are kind of jamming up against each other, you’ve got the instructions of the people in the referendum that says the leave has to happen, but then you’ve got their elected representatives, who they elected only in 2017, saying actually the terms of the withdrawal are not acceptable to their constituency,” Wainwright says.

Blame Theresa May? A compromise could have been possible if Prime Minister Theresa May had focused on bridging the gap between the two sides after the referendum instead of adopting a hardcore EU-exit approach, Wainwright says. A postponement of Brexit won’t work either unless May eliminates her no-deal exit proposal — which seems unlikely. Wainwright suggests that the only way out of this political mess is to “put the question back to the people and to have a second vote.”