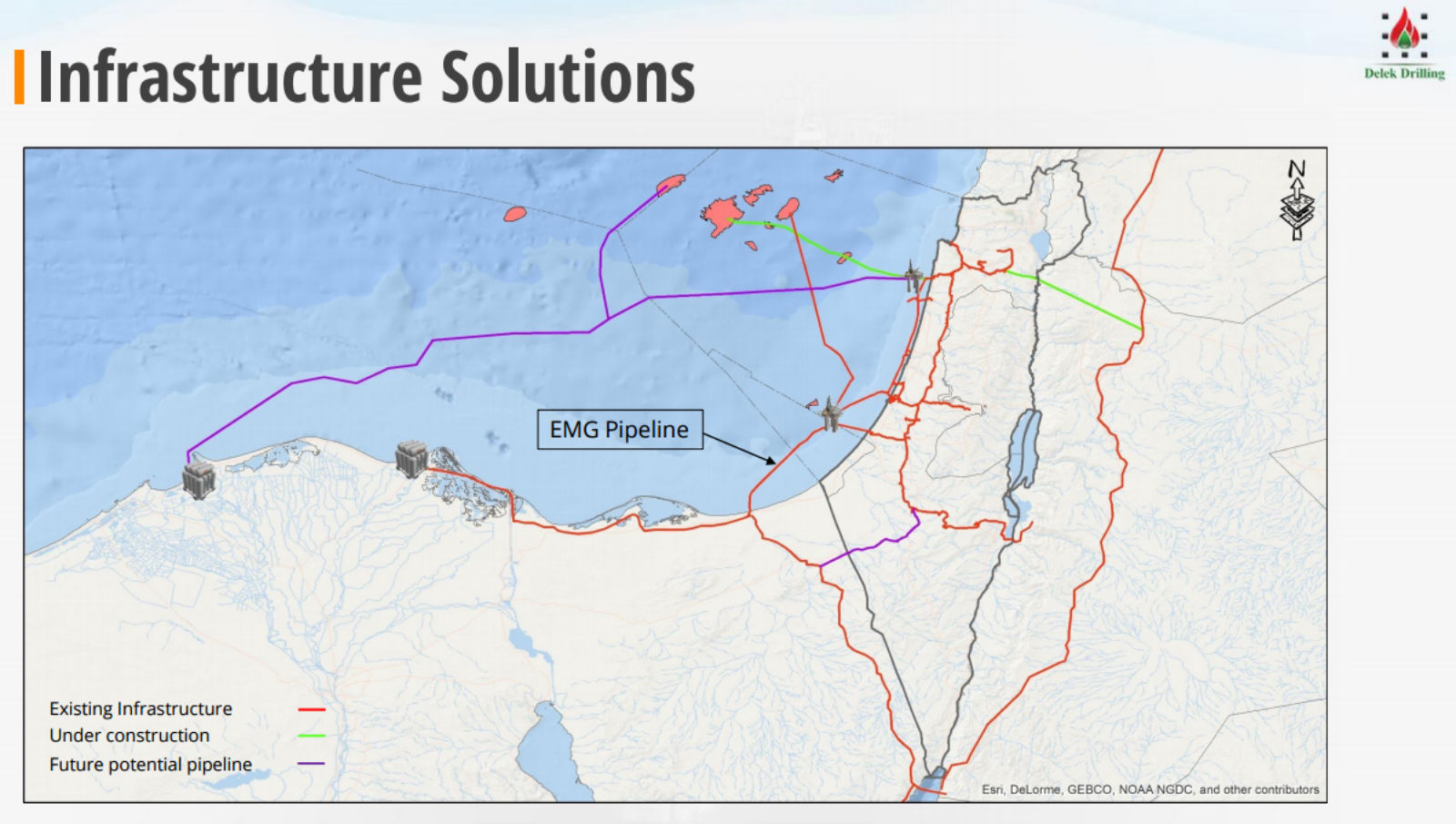 Egypt and Israel are in early talks to build a new underwater natural gas pipeline, on which construction could begin as early as next year, Israeli Energy Minister Yuval Steinitz tells Bloomberg. The line would allow Israel to export more natgas into Egypt from its Leviathan and Tamar fields — “much more” than the maximum 7 bn cubic meters (bcm) per year through the existing East Mediterranean Gas (EMG) pipeline. Egypt will begin importing Israeli gas in a few months’ time as part of a USD 15 bn agreement signed last year for 7 bcm per year over 10 years. The agreement will see Tamar and Leviathan operators Delek Group and Noble Energy supply natgas to Alaa Arafa’s Dolphinus Holdings, most of which will be re-exported as liquefied natgas.

Why is another pipeline necessary? EMG’s capacity is sufficient to carry the contracted amount into Egypt. But Israel’s domestic pipeline network will need to be widened or supplemented by a second, parallel pipeline or an undersea link, earlier reports had suggested. While few details were provided, the new pipeline could be part of the solution. It could also be paving the way for future deliveries of Israeli natgas to Egypt when Leviathan is operating at full capacity.

Steinitz’s remarks were made on the sidelines of the East Med Gas Forum, which took place in Cairo on Monday with attendees from Israel, Cyprus, Greece, Italy, Jordan, Palestine and Egypt. The participants agreed to establish a regional gas market, with Cairo serving as the new organization’s headquarters. The next gathering is scheduled for April.