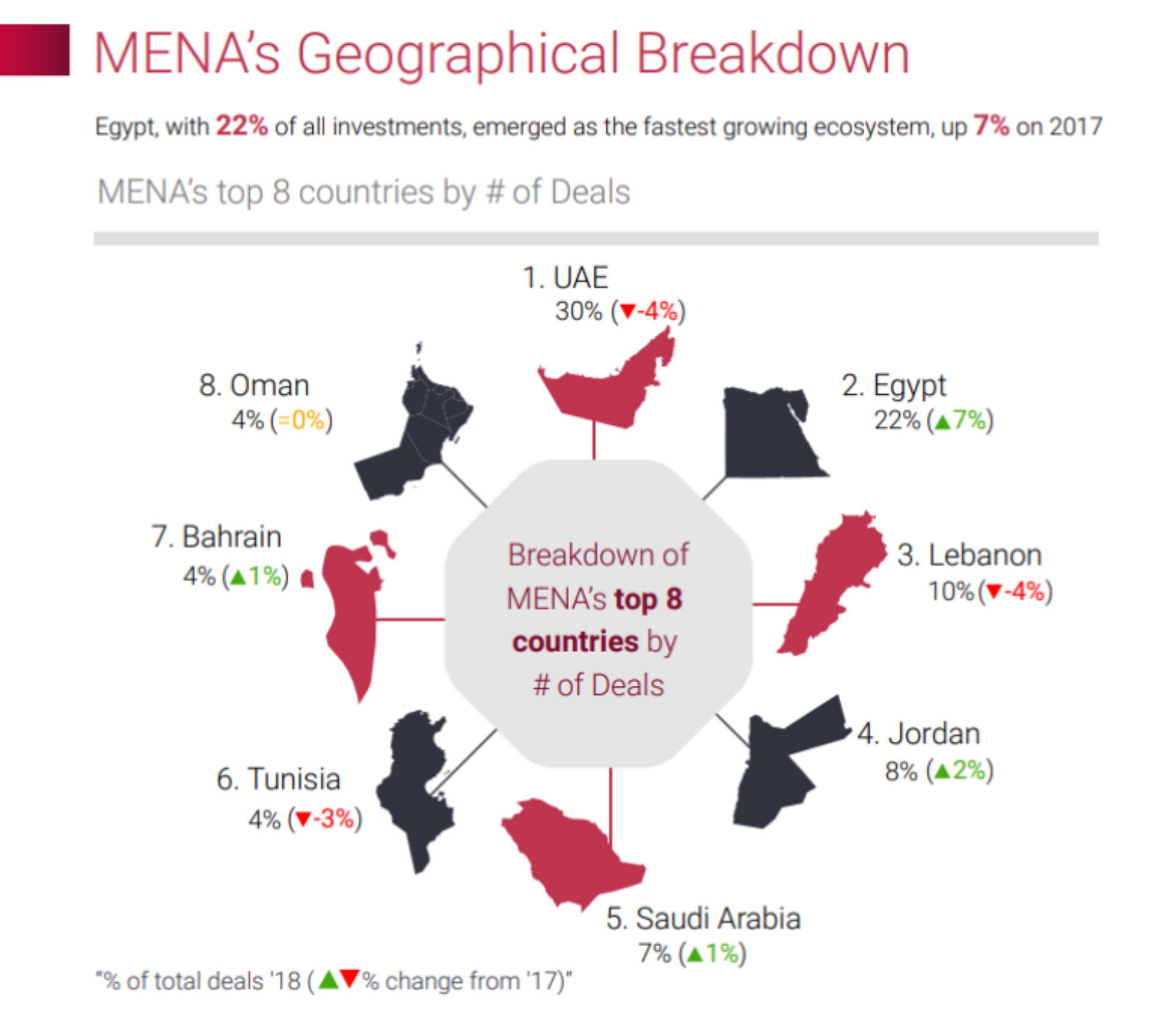 Is Egypt the fastest growing startup market in MENA? Egypt is the fastest growing startup ecosystem and the second largest after the UAE, according to start-up platform MAGNiTT’s 2018 Mena Venture Investment Report — summary (pdf) and full report (paywall). Egypt’s share of total number of seed funding agreements grew by 7% y-o-y to USD 196.5 mn, representing 22% of all MENA closes in 2018. We came in second to the UAE, who retained the top position with a 30% share and 70% of total funding proceeds. “Egypt is seeing a second wave of entrepreneurs and investors that are more mature and experienced. The population is also starting to embrace technology for everyday activities,” Algebra Ventures Managing Partner Ziad Mokhtar said. Egypt was followed by Lebanon (with a market share of 10%), Jordan (8%) and Saudi Arabia (7%).

MENA startups raise USD 893 mn in 2018 seed funding: MENA startups attracted some USD 893 mn in seed funding in 2018, up 31% from the previous year, according to the report. A total of 366 funding agreements were inked, up 3% from 2017. The agreements included 14% of which were inked in series A rounds, 3% in series B and 2% in series C and higher. More than 155 different institutions took part — 30% of which were from outside the region and 47% first-ever MENA investors. Our friends at Flat6Labs were among MENA’s most active investors.

Fintech overtook e-commerce as the most active industry, accounting for 12% of the total agreements while the latter came in second at 11%. Notable fintech recipients included UAE-based insurance technology company Aqeed.com, which attracted USD 18 mn, and robo-advisors Wahed Invest, which secured USD 8 mn, in series A rounds. Delivery and transport (8%), IT solutions (8%), food and beverages (7%) and education (6%) were next in line as top industries.