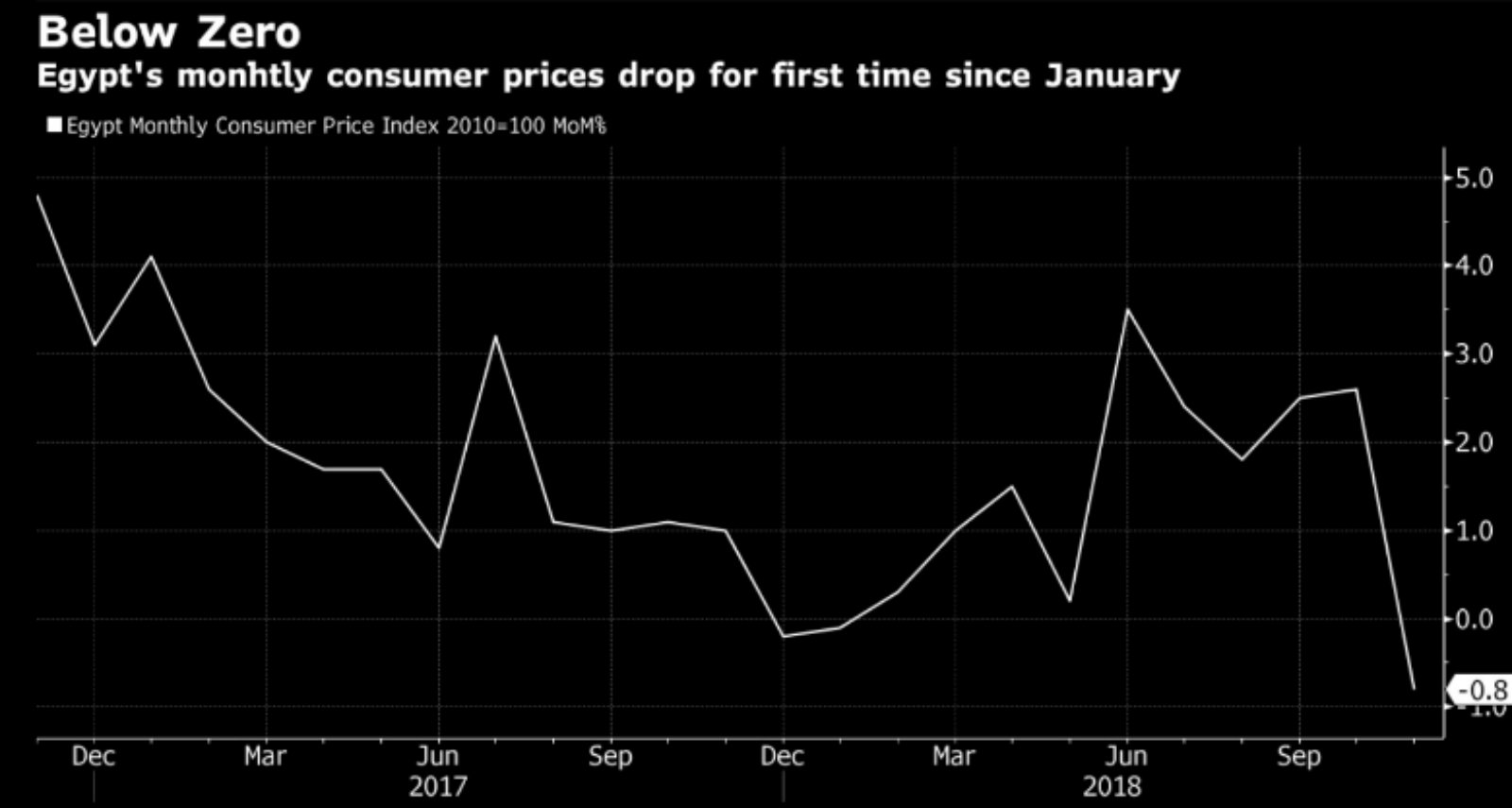 You may now (at least temporarily) rejoice: Headline inflation fell last month: Annual headline inflation dropped to 15.7% in November, down from 17.7% the previous month, falling back into the government’s targeted range of 13% (+/- 3%), statistics agency CAPMAS said. The drop was a result of a steep fall in the prices of vegetables and poultry products, the agency said. Monthly inflation also fell, coming in at -0.8% in November, down from 2.6% in October. “The drop shows headline inflation is continuing its downward path after occasional volatility in food items subsided,” said Hany Farahat, senior economist at CI Capital.

Annual core inflation, which doesn’t include volatile goods, also fell in November, coming in at 7.9% in November against 8.9% in October, CBE data showed (pdf). That’s the lowest rate in two years.

So prices are falling, right? Nope. It just means that the rate at which prices were increasing slowed down. Stuff still got more expensive, just at a slower pace. Inflation decelerating ≠ deflation, or falling prices.

So why did inflation cool off? You can thank concerted government action, it seems. “The government increased the supply of vegetables that had created a problem in months past,” Pharos Holding head of research Radwa El Swaify told Bloomberg. “This helped bring the annual rate back in line with the target.” Reuters also had the story.

Okay, but interest rates are going to fall now, right? The central bank’s monetary policy committee meets on Thursday, 27 December to decide on corridor rates, which it has left unchanged since May. The MPC last left rates on hold at its November meeting, citing accelerating inflation as the key reason for its move. “The fall in the core reading illustrates structural inflation is well-tamed and falling aggressively. This signals domestic demand is weak and can benefit from a policy rate cut over the coming few months,” CI’s Farahat said.

The key there is “over the coming few months,” and before you get excited about the prospect of an interest rate cut by year’s end, remember that the November inflation figures don’t reflect the government’s recent decision to scrap the discounted customs exchange rate for non-essential imports — a decision that could potentially send inflation up by as much as 1 ppt, Swaify said.

Market reacts: The EGX30, Egypt’s benchmark stock market index, rose 2.8% on Monday, registering its biggest one-day gain in two years on the back of the drop in inflation, Reuters reported. “We do believe as long as inflation numbers are under control, the government will not be pressed to increase interest rates, helping liquidity to circulate into local investments,” Tariq Qaqish, managing director for asset management at Menacorp Financial Services in Dubai told the newswire.