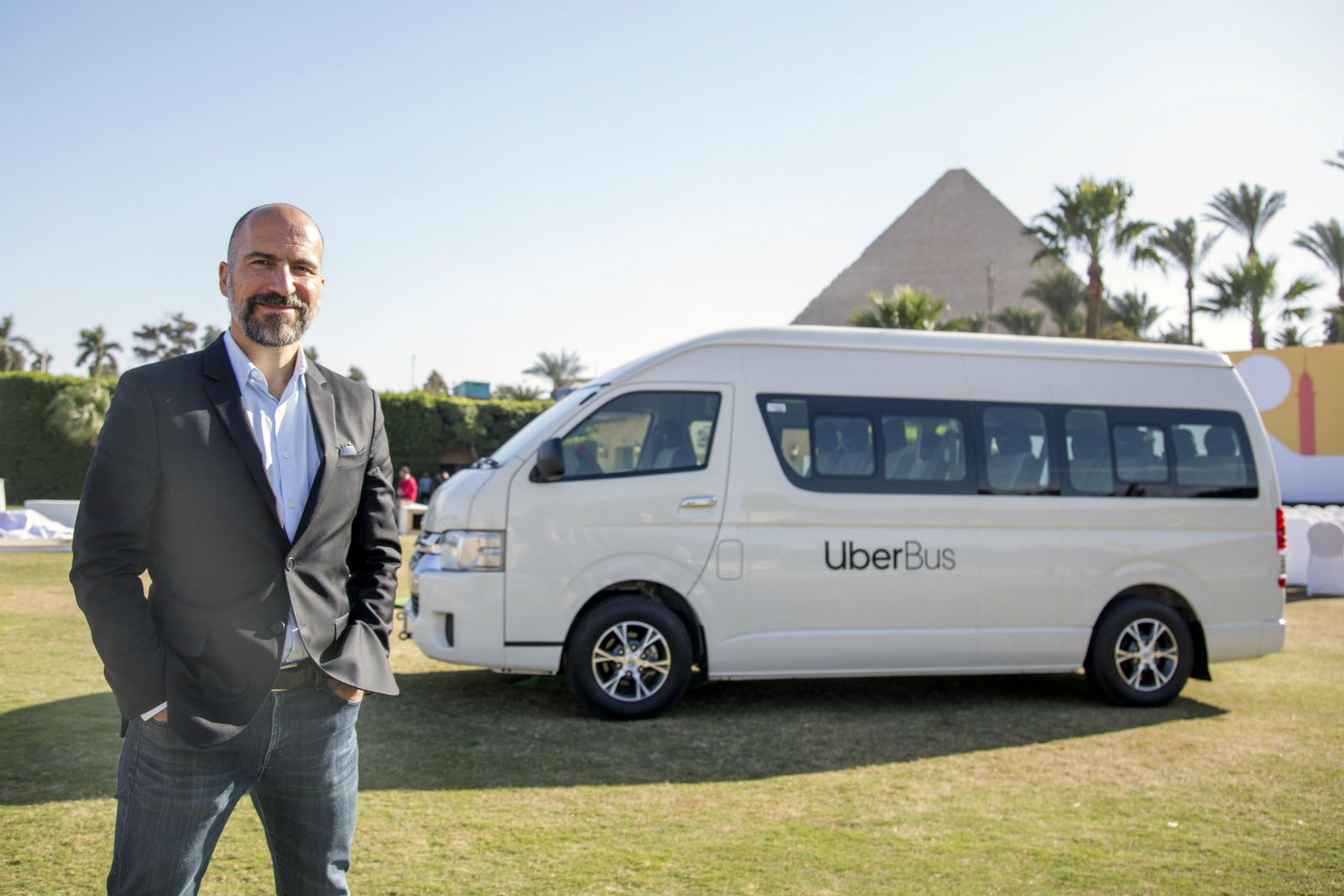 How does it work? The service is essentially an upscaled, tech-enabled version of a microbus route (though the bus we saw was certainly more decked out). Cairo residents hail a bus ride through the standard app, which will find other passengers traveling in the same direction. “The initial rollout will start by covering the areas of Nasr City, Heliopolis, Greater Downtown, and Mohandeseen, and will expand across Cairo in upcoming months,” the company said (pdf). The story has also made it to the Financial Times

Stiff competition in the Egyptian mass transit apps space: The move comes just one day after Careem announced that it was piloting its new bus service in Downtown Cairo, Maadi, 6 October and the Fifth Settlement. The services are similarly priced, with Uber Bus fares being around 70% cheaper than a regular Uber ride, while Careem’s are fixed at 60-70% less than a regular hop with Careem. With the launch of their respective services, the MENA ride-hailing rivals are stepping onto the turf of local startup Swvl, which previously broke the Egypt record for a series ‘A’ investment round and whose CEO said the company was valued at USD 100 mn thanks to a successful series ‘B’ last month.

Have the ride-hailing giants been competing for a bite of Swvl? Uber representatives with whom we spoke said they were unaware of market chatter suggesting that the company had acquired or was in talks to acquire a stake in Swvl, possible the stake that Careem is believed to have sold before launching its rival service. Careem had earlier invested USD 500k in Swvl, which did not respond to requests for comment.

Keep an eye on the microbus drivers of Cairo. Taxi drivers haven’t taken Uber and Careem sitting down. Their colleagues plying the city’s microbus routes are typically less, uh, inhibited about expressing their displeasure.