How much longer can the banking system support FX outflows without the central bank releasing some reserves? 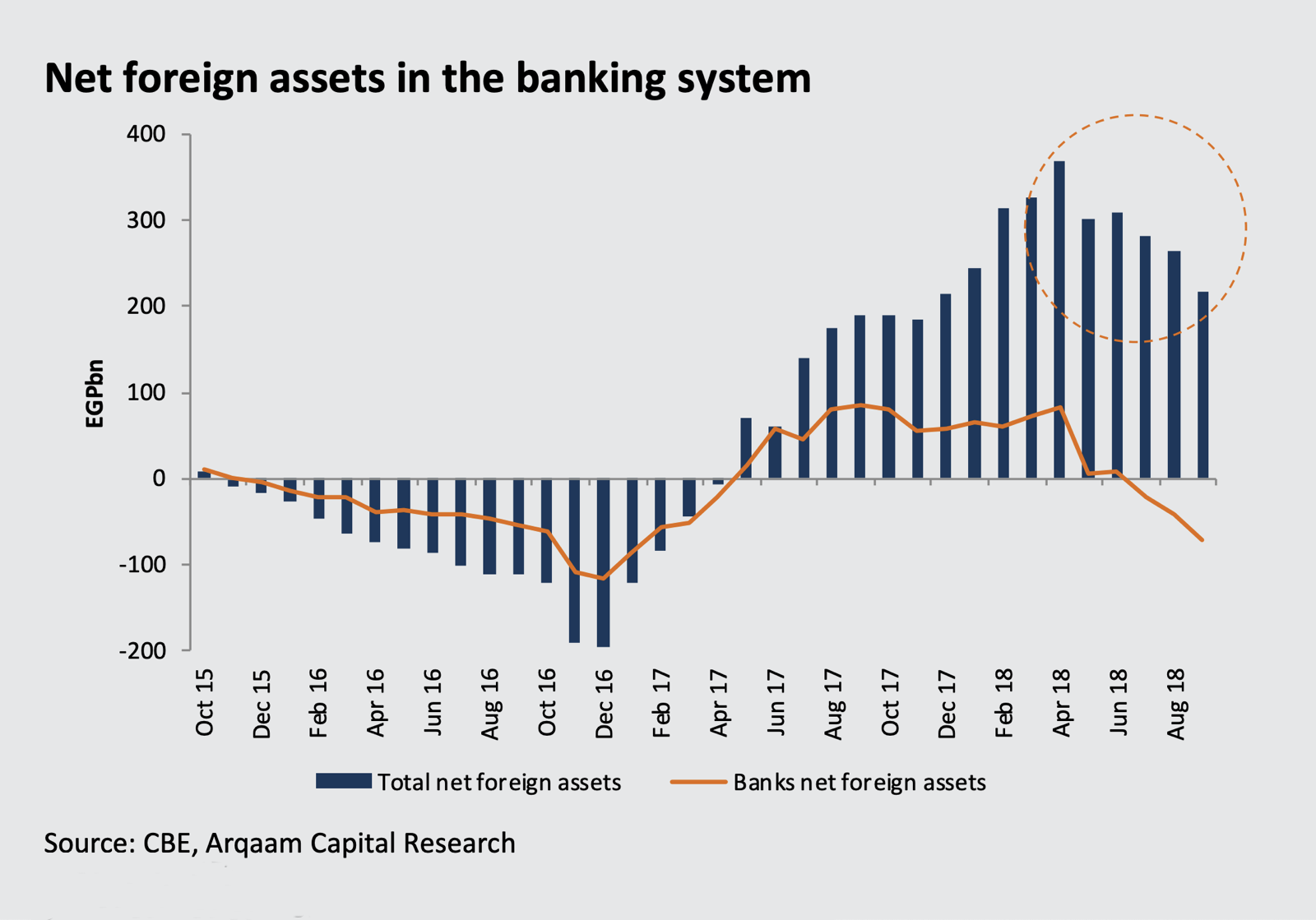 How much longer can the banking system support FX outflows without the central bank releasing some reserves? We all know that FX has been leaving Egypt has hot money has pulled out of Egypt as the EM Zombie Apocalypse has unfolded. So why have reserves at the Central Bank of Egypt not declined? (For those keeping track at home: Net foreign reserves have steadily inched up from USD 44.1 bn in May 2018 to USD 44.5 bn in September and October.) The answer, Arqaam Capital says, is that the money has come from the nation’s commercial banks.

The facts: Foreign holdings of T-bills fell in September to 18% of the total buys, a steep decline from a high of 32% in February 2018, according to a recent report from Arqaam Capital. “These USD outflows have mostly been financed by Egypt’s commercial banks that now have a net foreign liability position of USD 4 bn, equal to 1.4% of total assets and 19.5% of consolidated shareholders’ equity,” said the report.

The implication: Banks need some FX if they’re to act as shock absorbers in the future. Banks are now “less shock absorbent for a future devaluation” (which Arqaam says is unlikely at this stage, at any rate.) “The gap between foreign assets and liabilities at the commercial banks still widening,” Jaap Meijer, Michael Malkoun and Aliya El Husseini write. “Net foreign assets stood at EGP -70.7bn in September, down from EGP -41.6bn in August and EGP -21.5bn in July, the first month the number turned negative. This is a significant drop from the EGP 82.5bn net asset position recorded in April 2018. This is merely 1.4% of total assets but has widened to almost 20% of combined shareholders’ equity.” By Arqaam’s calculations, FX reserves would only fall by USD 4bn if the CBE dips in to make the banks whole for the outflows.

What does this mean for interest rates? If inflation didn’t rise in October, Arqaam expects interest rates to remain on hold until August of next year. If inflation ticked up, the CBE could go for a rate hike of around 100 bps when it meets a week from today. This in turn would help slow down outflows by keeping Egyptian debt attractive to carry traders and “keep real interest rates in positive territory and protect the EGP / USD exchange rate.”