HSBC is bullish on Egypt through 2030 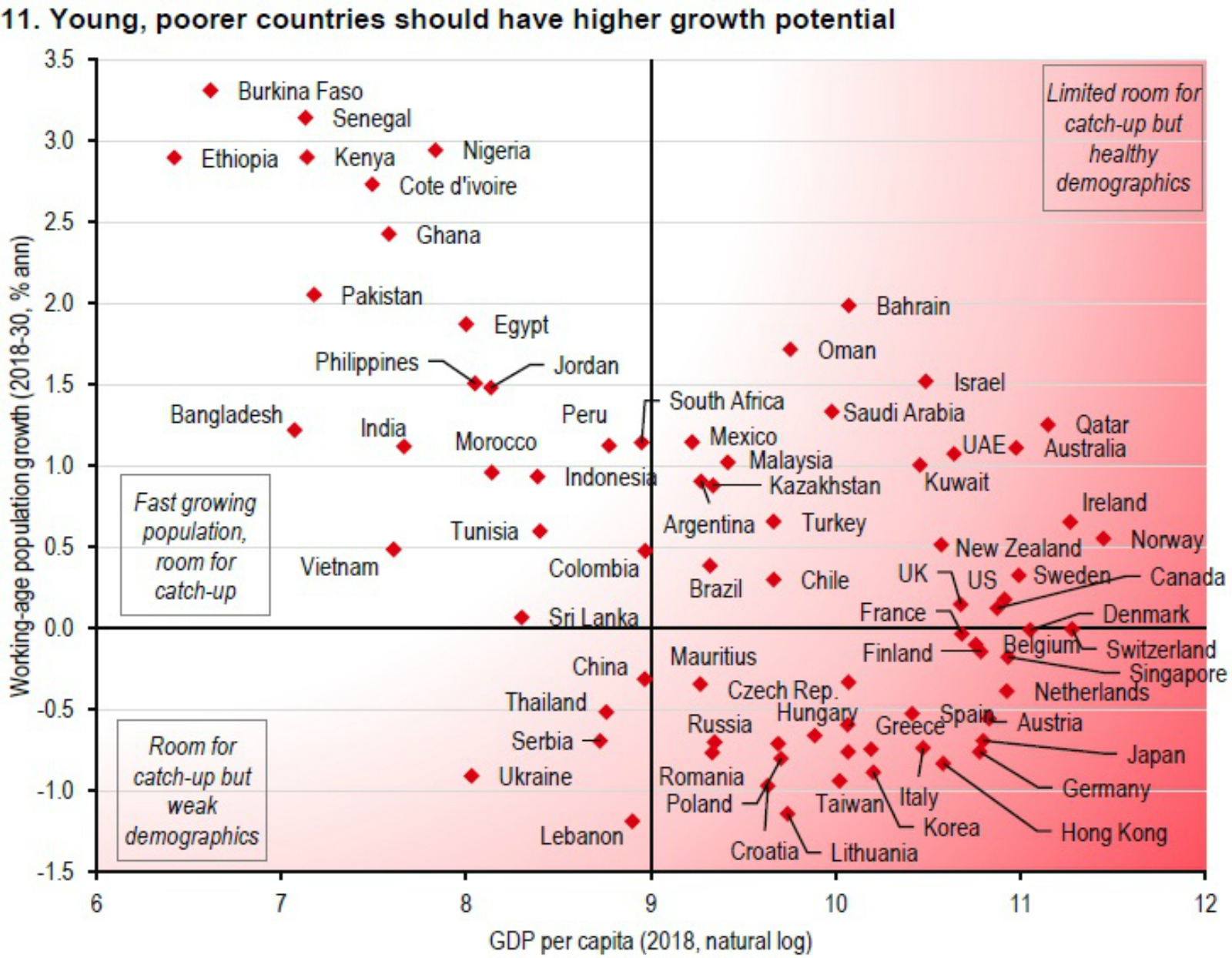 ** #1 Your morning must-read: HSBC is bullish on Egypt through 2030. Egypt was ranked 15th out of 75 countries in HSBC’s long-term future growth report (pdf). The report, which measures the growth trajectory of these 75 countries through to 2030, models a country’s catch-up potential, population (size and shape), human capital (education and healthcare), politics, openness, impact of climate change and technology and the effects these factors have on GDP.

The catch? Egypt is one of the countries most at risk of not meeting projections: Egypt was named among the countries where HSBC economists see some risks in meeting their long-term projections. Along with Morocco, Jordan, and Tunisia, the report sees high youth unemployment as posing a risk to Egypt’s ability to harness its demographic potential. Egypt and other EMs are also projected to be the most sensitive to climate change and environmental risk factors.

The report is upbeat about long-term prospects for EMs in general: The report concludes that emerging markets are the ones to achieve best growth in 2030. “EM countries will account for roughly 50% of global GDP by 2030, which represents a seismic shift from half that in 2000. As these countries develop and the nature of growth becomes more domestically oriented and consumer-led, such as we are seeing in China, the influence on developed markets will rise,” says the report. Over the coming decade or so, roughly 70% of global growth will be from EMs. Bangladesh, India, Ethiopia, Pakistan, and the Philippines were the report’s top five in terms of GDP growth trend through to 2030.