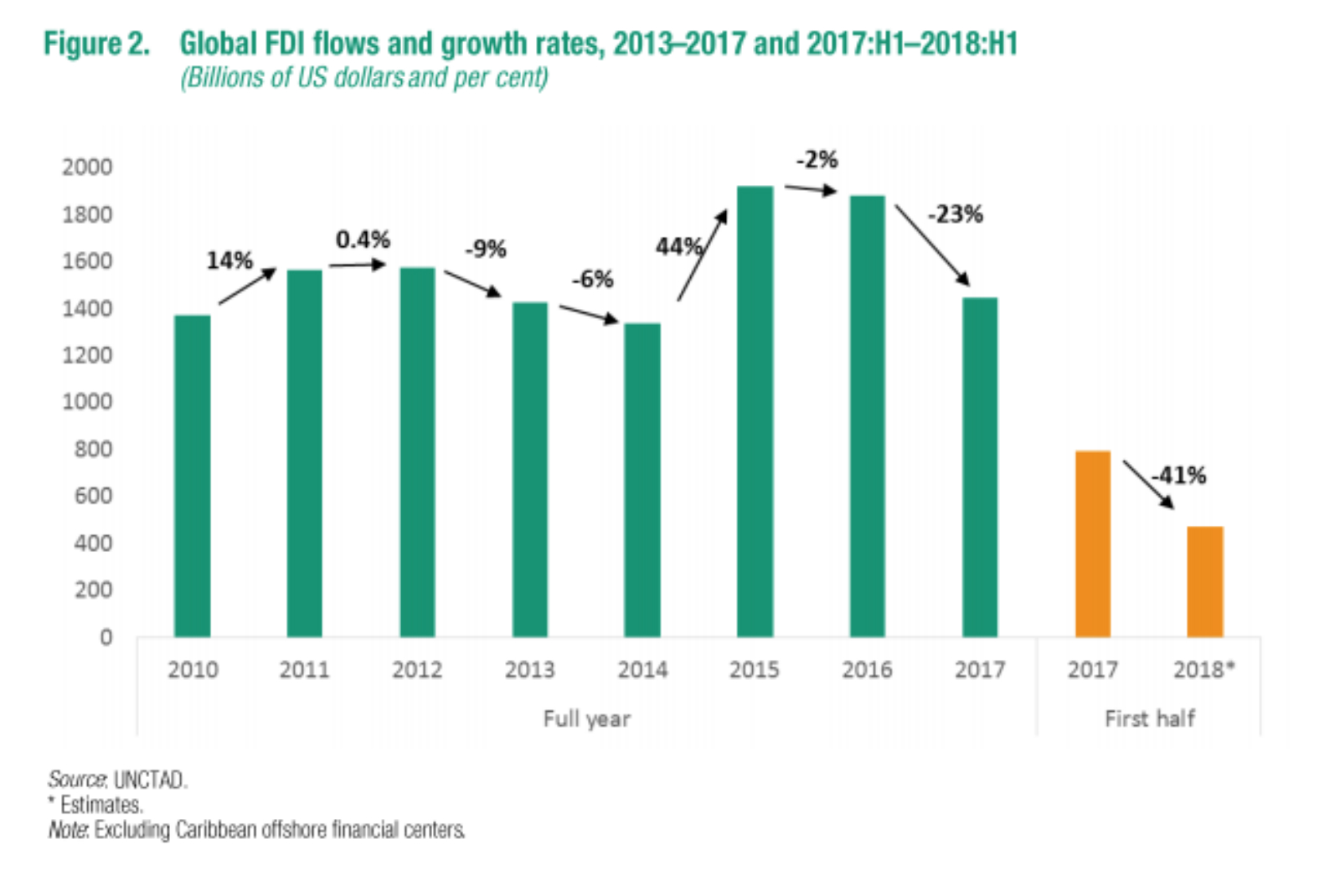 Egypt remained the most attractive destination for FDI in Africa in the first half of this calendar year, with the total inflow up 24% compared to 1H2017, according to UNCTAD. Egypt’s net FDI inflows had dipped in the state’s 1 July-30 June 2017-18 fiscal year to USD 7.7 bn, down from USD 7.9 bn the previous year.

FDI into Africa as a whole was down slightly at 3% as inflows to Egypt and South Africa were offset in large part by a 17% slump in allocations to “resource-dominant Western Africa.” “The volatile global economic environment and mixed commodity price trends are important factors behind weakened FDI in Africa. Also, the expected growth in FDI inflows to Africa due to advances in regional integration has yet to materialize; the African Continental Freetrade Agreement, once in operation, may trigger new investor interest in the continent.”

Developing economies accounted for two-thirds of global FDI inflows, with emerging markets accounting for five of the world’s top 10 “host economies” for FDI in the first half of this year. Among top FDI earners at all stages of development, China was the world’s largest recipient of FDI, followed by the UK, the US, and the Netherlands.