EGX drops to its lowest level in over a year 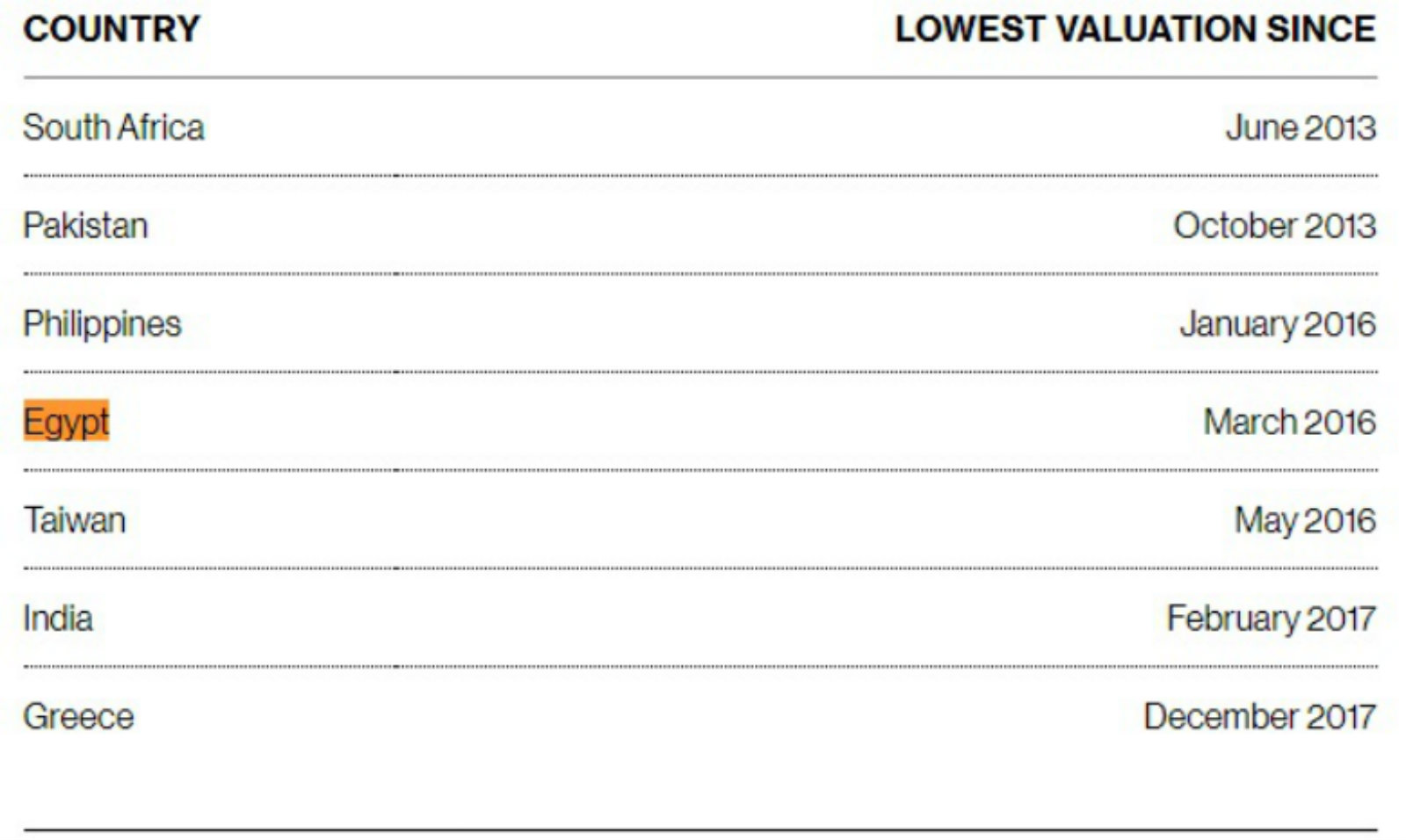 ** #2 EGX drops to its lowest level in over a year: The EGX30 fell 3.6% yesterday to its lowest level in over a year as 29 of the index’s 30 constituents were “dragged down by weakness in emerging markets and margin calls among local investors,” according to Reuters, with shares including Juhayna, Emaar Misr, and Ibnsina Pharma losing between 8.0-8.5% at the end of yesterday’s trading session. Domty was down 7.8%, while Elsewedy Electric dropped 7.0%, and Palm Hills lost 6.2%, while index heavyweight CIB was also down 1.8% “It is a mixture of both emerging market weakness and margin trading, and the closure of some margin trades,” said Pharos Holdings’ Radwa El Swaify. The EGX30 has lost 15% since August and 9.4% y-t-d and is now underperforming on the MSCI EM Index, which also dropped 1% yesterday. The valuation of Egypt’s benchmark index is down to its lowest level since March 2016, Bloomberg says.

The slide won’t continue, one analyst suggests. London-based MENA Capital’s Khaled Abdel Majeed blamed the combination of the broader EM-selloff — which has been causing concerns about capital outflows from the Egyptian market — and some investors cashing in. He said he was positive, however, that “the slide would not continue, particularly with data showing that selling yesterday concentrated largely among locals ‘who were hit by margin calls,’ while net buyers were foreign investors.

Take heart: We’re not alone. Valuations of benchmark indexes in South Africa, Pakistan, and the Philippines have dropped to record lows, Bloomberg notes. South Africa appears to be taking the hardest blow, with the EM crisis “dragging the valuation of its benchmark index to the lowest level since the Taper Tantrum” in 2013.

What does all of this mean for IPO season? It’s really too early to say, particularly if you buy the argument of MENA Cap’s Abdel Majeed (above) that the downturn has almost run its course for Egypt. That hasn’t stopped Al Mal from citing market chatter about allegedly low retail appetite for consumer and structured finance player Sarwa’s IPO. Take that story with a cup of salt: It cites “sources.” Retail investors were grumpy AF yesterday. Institutional appetite for the offering was more than 10x the shares on offer. And the subscription period runs through close of play tomorrow. It’s not yet time to panic.