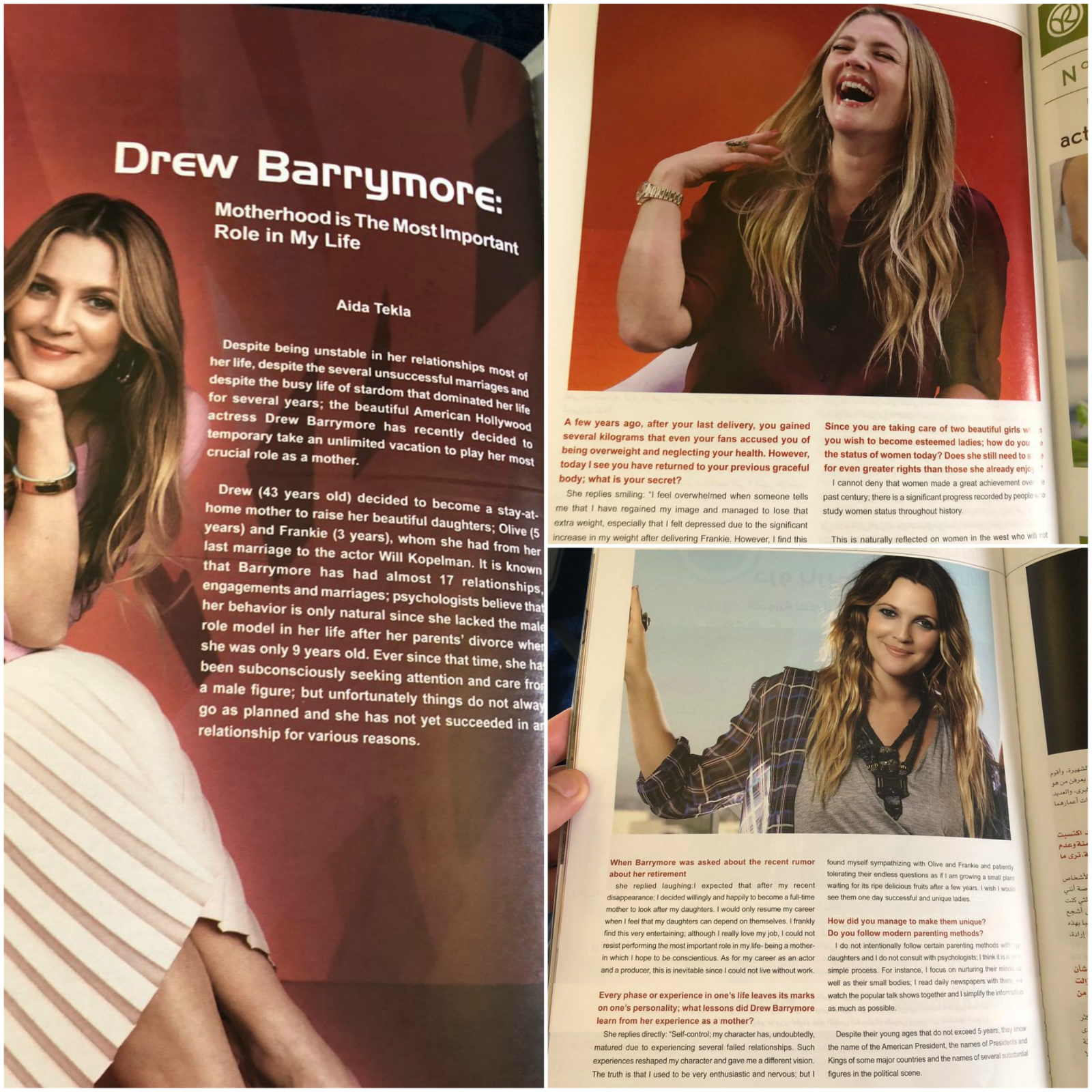 EgyptAir’s surreal “interview” with Drew Barrymore goes viral. National flag carrier EgyptAir ran what the Hollywood trade press says is a “fake interview” with American actress Drew Barrymore in its in-flight magazine, Horus. The piece, which is all kinds of demeaning, became a viral sensation after political analyst Adam Baron posted pictures of it on Twitter. The author of the piece, Aida Takla O’Reilly, the former president of the Hollywood Foreign Press Association (HFPA), alleges that Barrymore has daddy issues: “It is known that Barrymore has had over 17 relationships, engagements and marriages; psychologists believe that her behavior is only natural since she lacked the male role model in her life after her parents’ divorce when she was only 9 years old.” The reporter also criticized Barrymore’s weight, claiming that the actress was “depressed” until she lost the baby weight from her second pregnancy.

EgyptAir naturally defended itself. The airliner responded in a tweet of their own, denying allegations that the interview is fake. Yahduth fi Masr’ Sherif Amer also claimed that Horus boss Amal Fawzy also confirmed the interview’s authenticity, even saying it was held on the sidelines of a press conference (watch, runtime: 3:19).

Barrymore’s people are “working with” EgyptAir to set things straight. Per Digg, channeling the Huffington Post: “A spokesperson for Drew Barrymore told HuffPost that Barrymore did not participate in an interview with the magazine and that her representatives are ‘working with the airline PR team.’”