What copper can tell us about the EM crisis 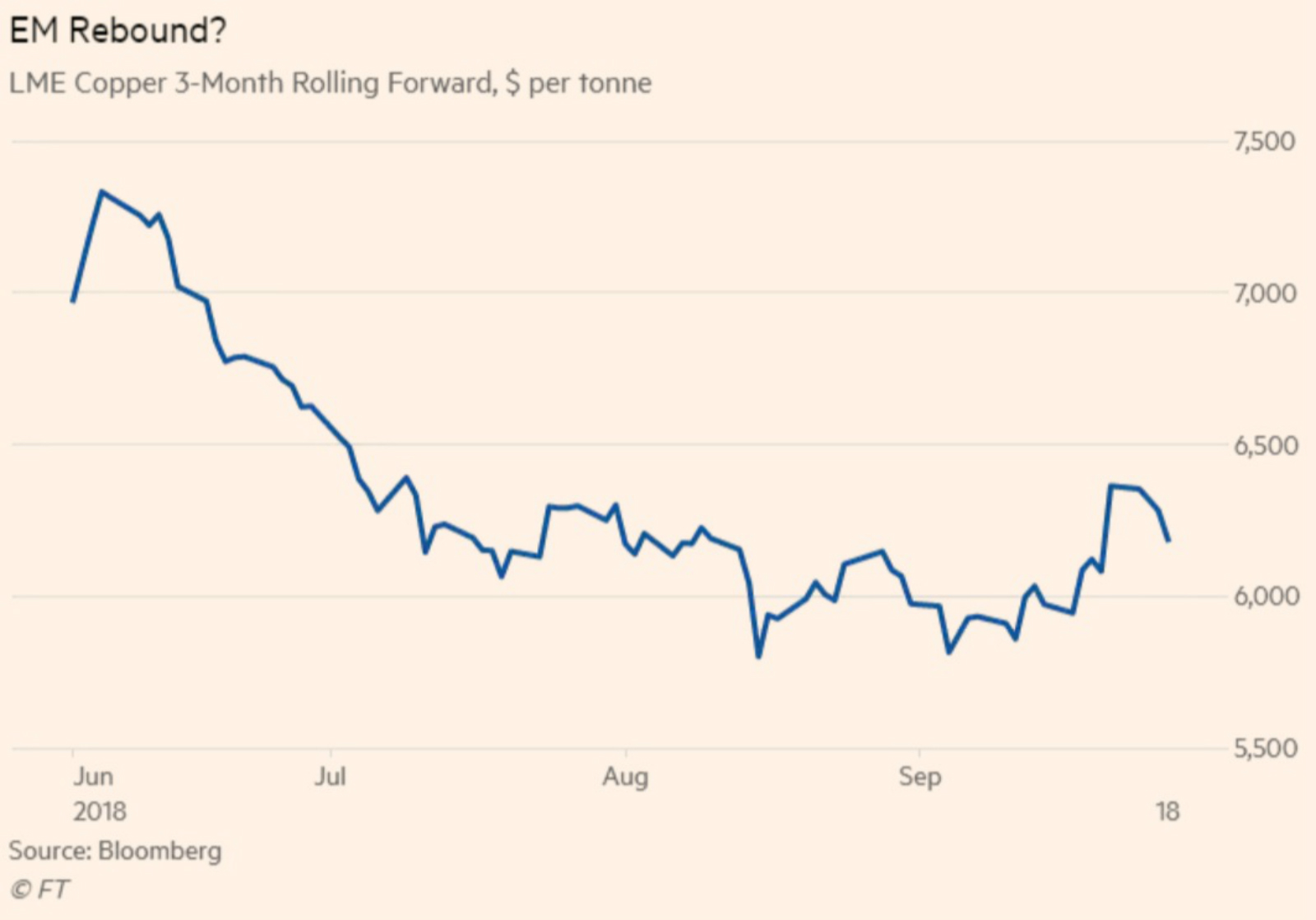 What copper can tell us about the EM crisis: It is no secret that the fate of many emerging markets is tied to the prices of commodities, including copper. But the correlation between copper prices and EM equities as measured by the MSCI index have risen to a six-year high in August, says Colby Smith for the FT who suggests that portfolio investors could need to take a look at the correlation when making decisions on EMs. And the key is China, as emerging markets copper producers, who dominate global supply, are heavily reliant on the state of the Chinese economy, and particularly, how it is impacted by monetary policy.

What is it telling us now? The prices appear to correlate with the emerging markets recovery, with prices climbing 5% since mid-September after a 14% drop in June. This happening concurrently with the People’s Bank of China apparent relaxing of monetary policy in response to the trade war with the Trump Administration. “New rules forcing banks to recognize non-performing loans and efforts to crackdown on local government lending have since given way to lower reserve requirement ratios for banks, tax cuts and billions in cash injections from the People’s Bank of China…These measures, plus the streamlined approval process for forthcoming infrastructure projects, should more than make up for the economic drag produced by the tariff tit-for-tat between the US and China.” Growth in China is expected to hold steady in 2018 by both JP Morgan and Barclays.

This is all looking good…for now: While this balance between fiscal and monetary policy in China are helping keep prices up, JP Morgan warns that should the renminbi weaken further from here, copper’s recent rebound could quickly unravel.” Looser Chinese monetary policy ensures that the US dollar will become an ever higher yielder versus the renminbi for the rest of the cycle, such that a cyclical negative from rate differentials aggravates a structural negative from China’s ongoing loss of a current account surplus,” J.P. Morgan’s John Normand says. This could mean bigger headaches to come for EMs.