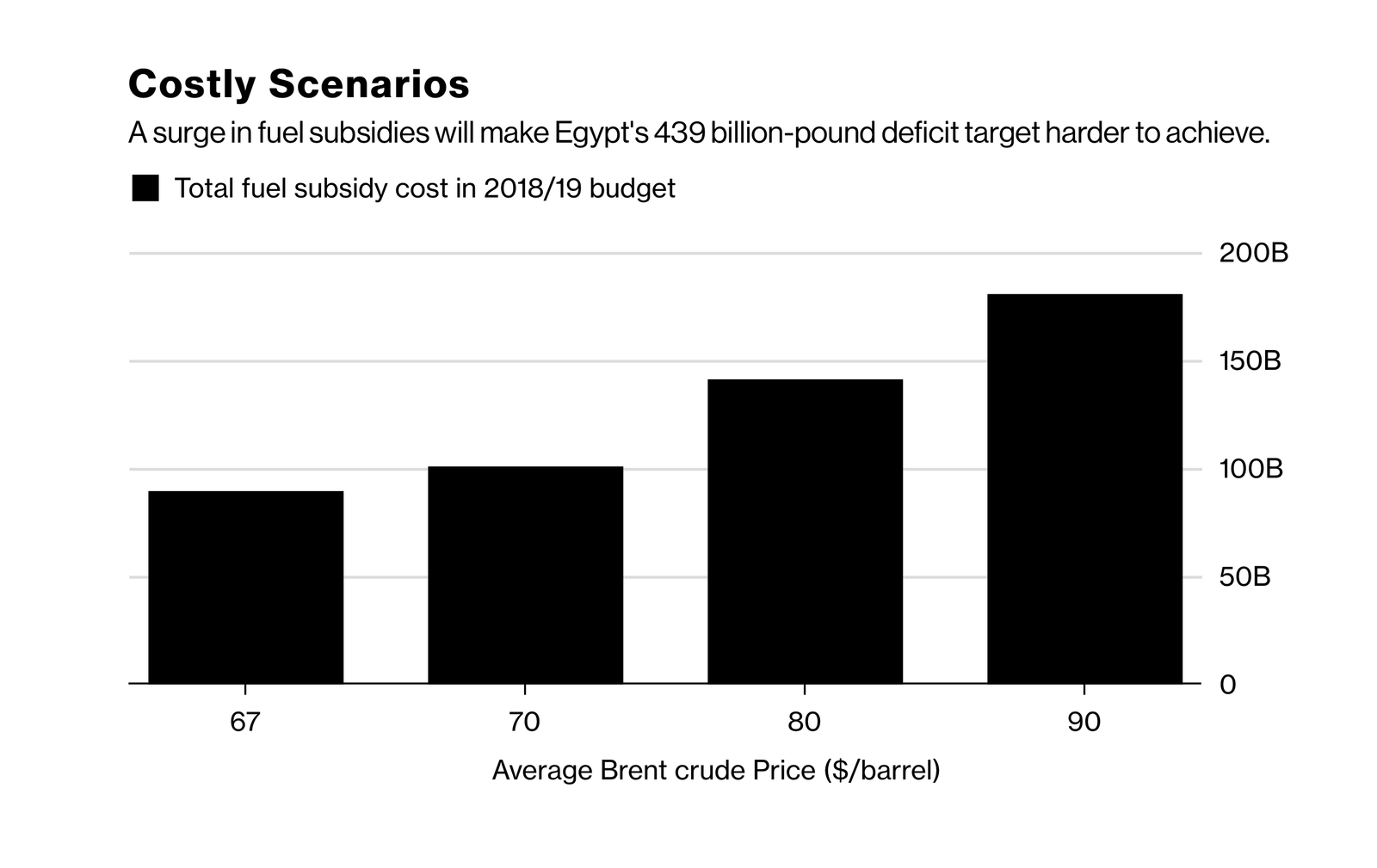 **# 1 Global oil rally threatens to derail deficit reduction plans, change inflation outlook: The rally in global oil prices threatens to derail Egypt’s budget deficit target of 8.4% this fiscal year, Ahmed Feteha writes for Bloomberg. Every USD 10 increase in oil prices over the USD 67/bbl set in the FY2018-19 budget adds USD 1-1.2 bn to Egypt’s current account deficit, according to calculations by EFG Hermes’ Mohamed Abu Basha. With Brent crude currently soaring above the USD 80/bbl mark (and some tipping it to cross the USD 100/bbl barrier), Egypt may find itself having to spend double the EGP 89 bn it had budgeted for fuel subsidies this year: Every USD 1 increase above the budgeted oil price adds EGP 4 bn (USD 222 mn) to the state’s annual outlay.

Whatever the country saves on liquefied natural gas imports will likely be eaten up. Oil Minister Tarek El Molla had said that Egypt would save an annual USD 1.5 bn after it pulled the plug on LNG imports last month. El Molla had also said that Egypt was due to start LNG exports by January 2019 as more output is pumped into the national grid from projects such as Zohr. “Although a revenue increase from Egypt’s own oil exports should partially mitigate some of the impact on the budget and the balance of payments from higher crude prices, the net effect will likely be negative,” according to Abu Basha.

Could oil prices change Egypt’s inflation and fiscal policy outlook? Oil Minister Tarek El Molla confirmed earlier this week that further subsidy cuts were still to come as Egypt works toward economic reform. The next hike in oil prices will be “more costly from an inflation perspective,” however, if the oil rally persists. A change in the inflationary outlook that sees it rising rather than dropping next year could prompt the central bank to continue to leave interest rates on hold, Abu Basha suggests.