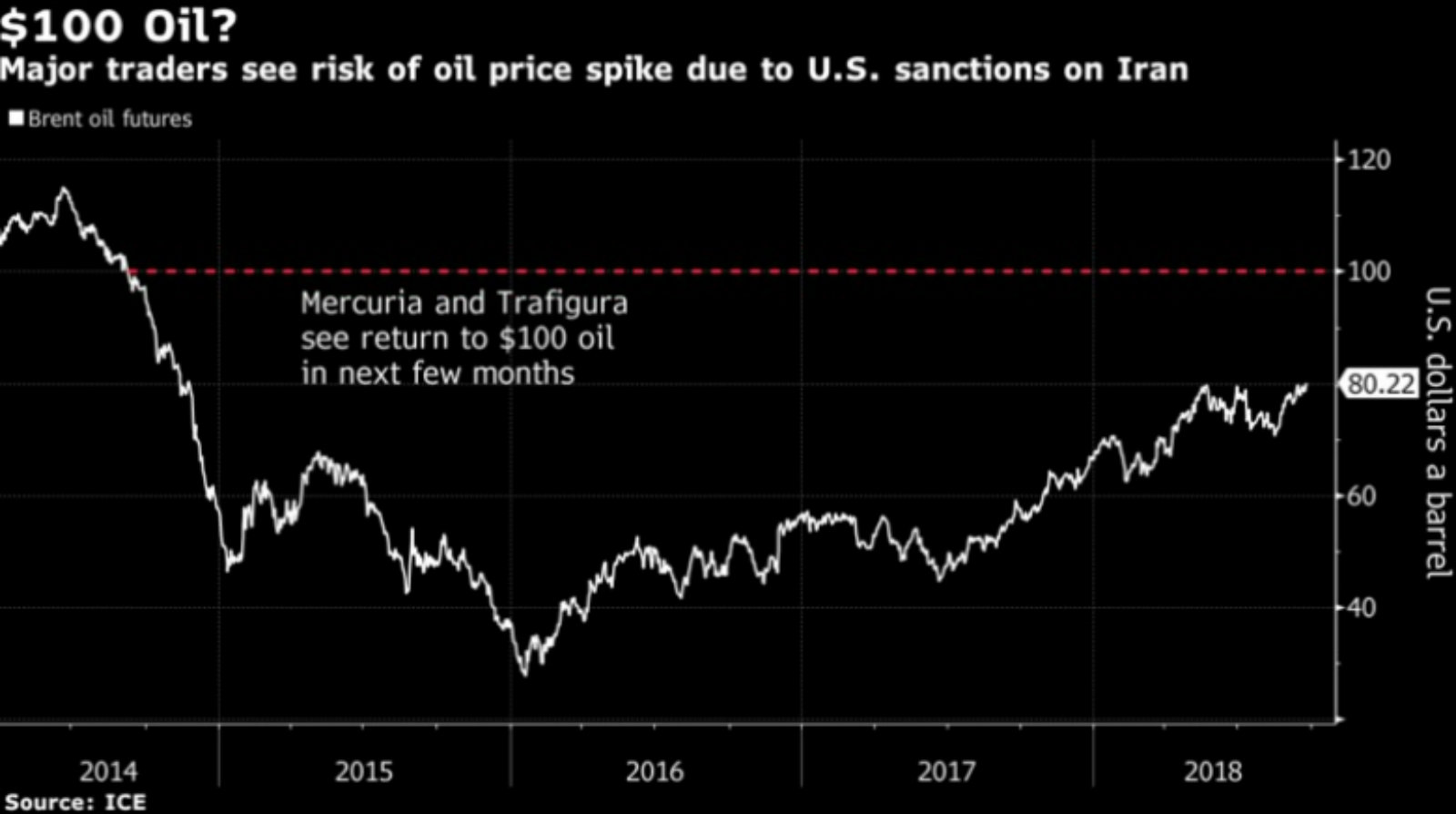 What oil hitting USD 100 a barrel means for the world: Oil’s return to USD 100 a barrel won’t hit global growth as hard as a similar spike in 2011 thanks to economies’ reduced reliance on the energy industry, “the shale revolution,” as well as already-high oil prices, Bloomberg reports. A price spike would, however, surely drive up inflation and strain households in importing countries: While some policymakers assess inflation through indexes that remove energy costs, “a substantial run-up in oil prices could provide a more durable uptick for overall inflation if the costs filter through to transportation and utilities.” Read: If you live in Egypt.

Blame Trump? The US re-imposing sanctions on Iran, paired with civil unrest in Venezuela, Libya and Nigeria, have all hampered oil supply amid growing demand, leading to a 22% increase in Brent crude prices this year. The Donald has been putting pressure on Saudi Arabia and its OPEC friends to step up production to drive prices down, but they have shown no serious signs they will comply.

Winners and losers: Oil producers Saudi Arabia, Nigeria, and Colombia are among the countries that would see the hike positively reflect on their budget, current account deficit, and investment spending. On the flipside, losers would include net oil importers, including Europe and China.

Egypt would obviously be on the wrong side of the equation: The hike would strain Egypt’s concerted effort to tighten its budget and put more pressure on consumers already grappling with the impact of high inflation in recent years. A senior government official told us last month that the Finance Ministry is looking to amend its budget deficit target for FY2018-19 to 8.6% from 8.4% in large part thanks to rising global oil prices. It likely also mean further fuel subsidy cuts, from which the poor are largely insulated, but which hit lower-middle-class and middle-class consumers squarely in the pocketbooks.