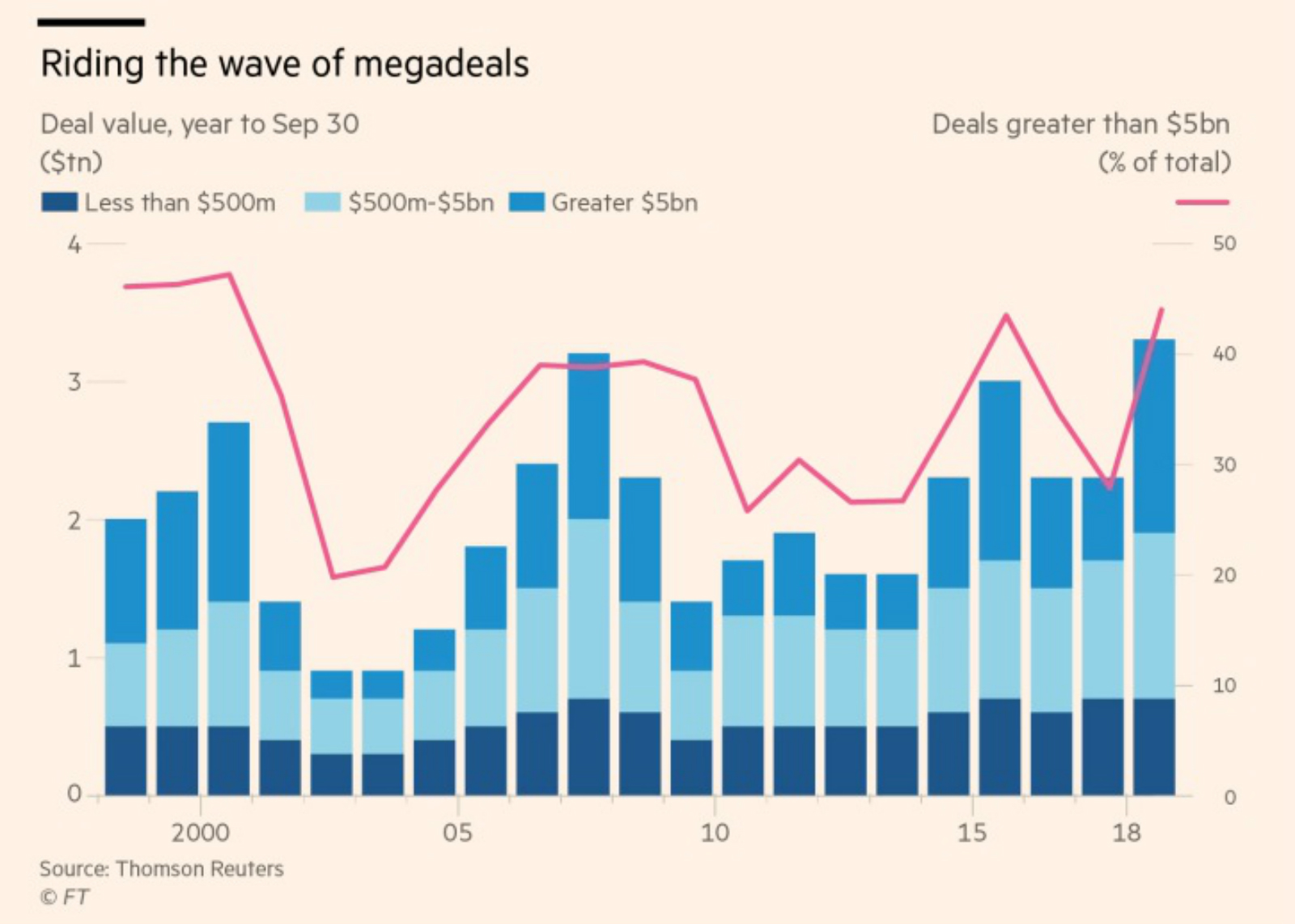 Global M&A in 9M2018 beats pre-financial crisis record: Global M&A activity during the first nine months of 2018 has crossed the USD 3.3 tn mark, “eclipsing a previous high reached on the eve of the financial crisis more than a decade ago,” according to the Financial Times. Energy, healthcare, and technology transactions have led the way. If M&A continues at the same pace through year’s end, total M&A activity could reach USD 4.3 tn, the salmon-colored paper notes. Announced transactions during the period were up 39% y-o-y, propelled by “a string of mega [transactions], defined as takeovers worth more than USD 5 bn.”

It’s Nobel week, but the best prize of them all — for the dismal science — won’t be unveiled until next week. You can expect: