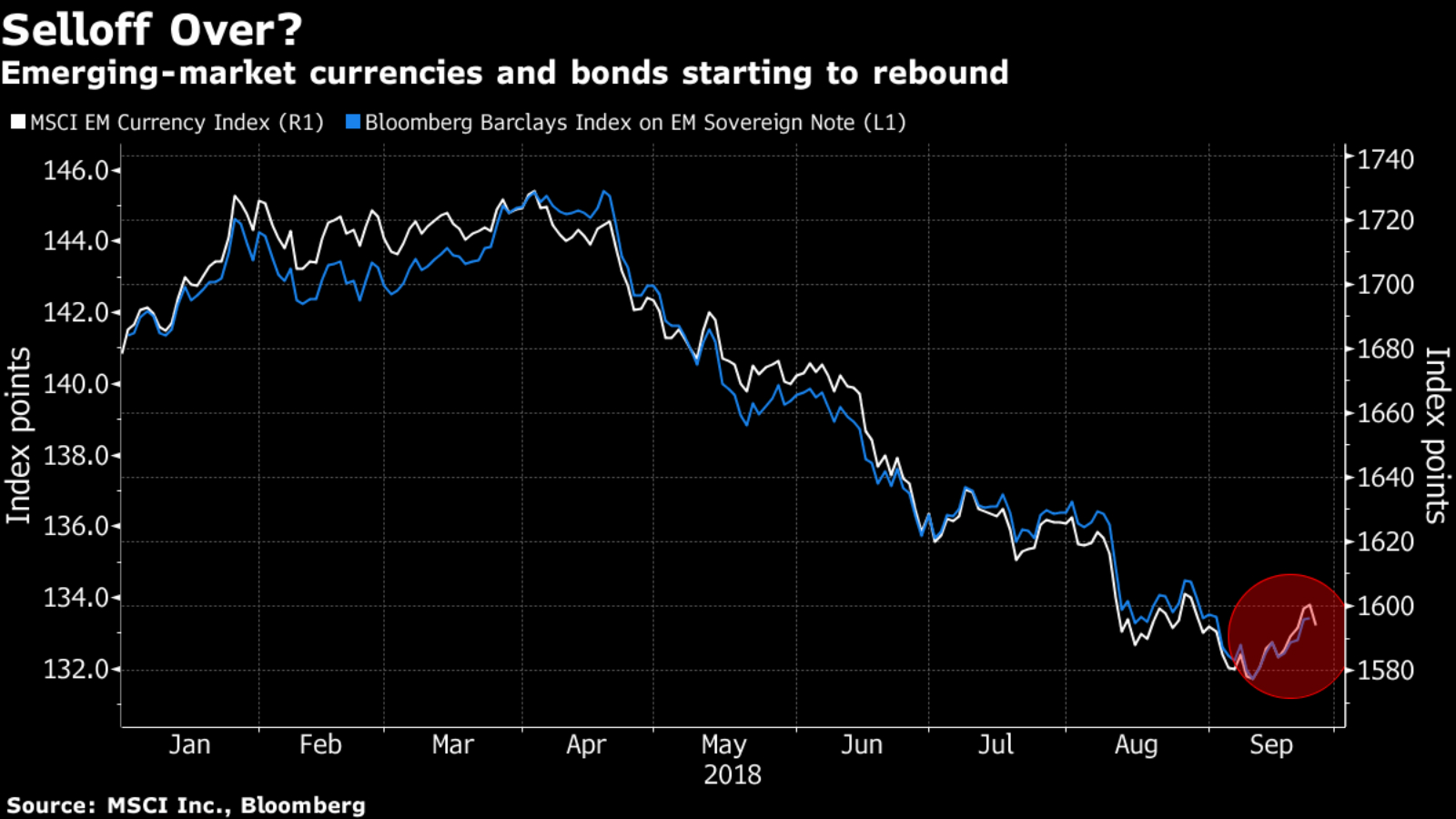 **#1 Sell-side sentiment on emerging markets could be turning a corner after a very rough seven months for EM investors, issuers and policymakers. This could be very good news for Egyptian companies looking to take IPOs to market this fall.

The argument: Yes, the US Federal Reserve is going to hike interest rates this year — most likely twice. But in an update to its 2018 Outlook (pdf) Goldman Sachs Asset Management thinks that’s it: US growth is going to cool at the same time and “converge somewhat with the rest of the world. We think this convergence creates the potential for a comeback in emerging markets … We prefer equities over credit and credit over rates.”

Economic fundamentals in most EM countries remain stable, Goldman notes, and “market fears of trade tensions and EM contagion are likely to prove overdone. More generally, we would also expect the USD strength to start to fade.”

Morgan Stanley is also singing a new tune on emerging markets, having set aside its “bearish call” on EM fixed income and currencies after a near two-week rally in EM assets, according to Bloomberg. “EM assets rallied strongly last week and we think this marks the beginning of a period of stability and range-bound markets,” Morgan Stanley strategists wrote in a note dated Monday. “We think this remains a difficult world for EM, but we’ve likely adjusted enough for now.”

EM are the cheapest they’ve been in 10-15 years, Bloomberg notes Standard Chartered’s head of FX and credit research as saying, and Scandinavian EM specialist Tundra Fonder is now a buyer.

Trump sounded an awful lot like a generic regional “political expert” making his first-ever appearance on an Egyptian talk show as he repeatedly emphasized sovereignty in his speech in New York. “America will always choose independence and cooperation over global governance, control, and domination. I honor the right of every nation in this room to pursue own customs, beliefs and traditions. The United States will not tell you how to live or work or worship. We only ask that you honor our sovereign rights in return.” Read Trump’s full speech here.

Also from Planet Diplomacy: Western powers are looking to mend fences with Saudi Arabia. Germany is trying to heal a year-long rift and Canada is said to have extended an olive branch in a month-long dispute, hoping to “potentially avoid a prolonged standoff affecting Canadian firms and Saudi students.”

BROKEN LINK- One of our most popular links yesterday was broken — sincere apologies to everyone who was inconvenienced. Tap here to read the Wall Street Journal’s Your Browser Is the Most Important App You Have—Make Sure You Use the Right One.