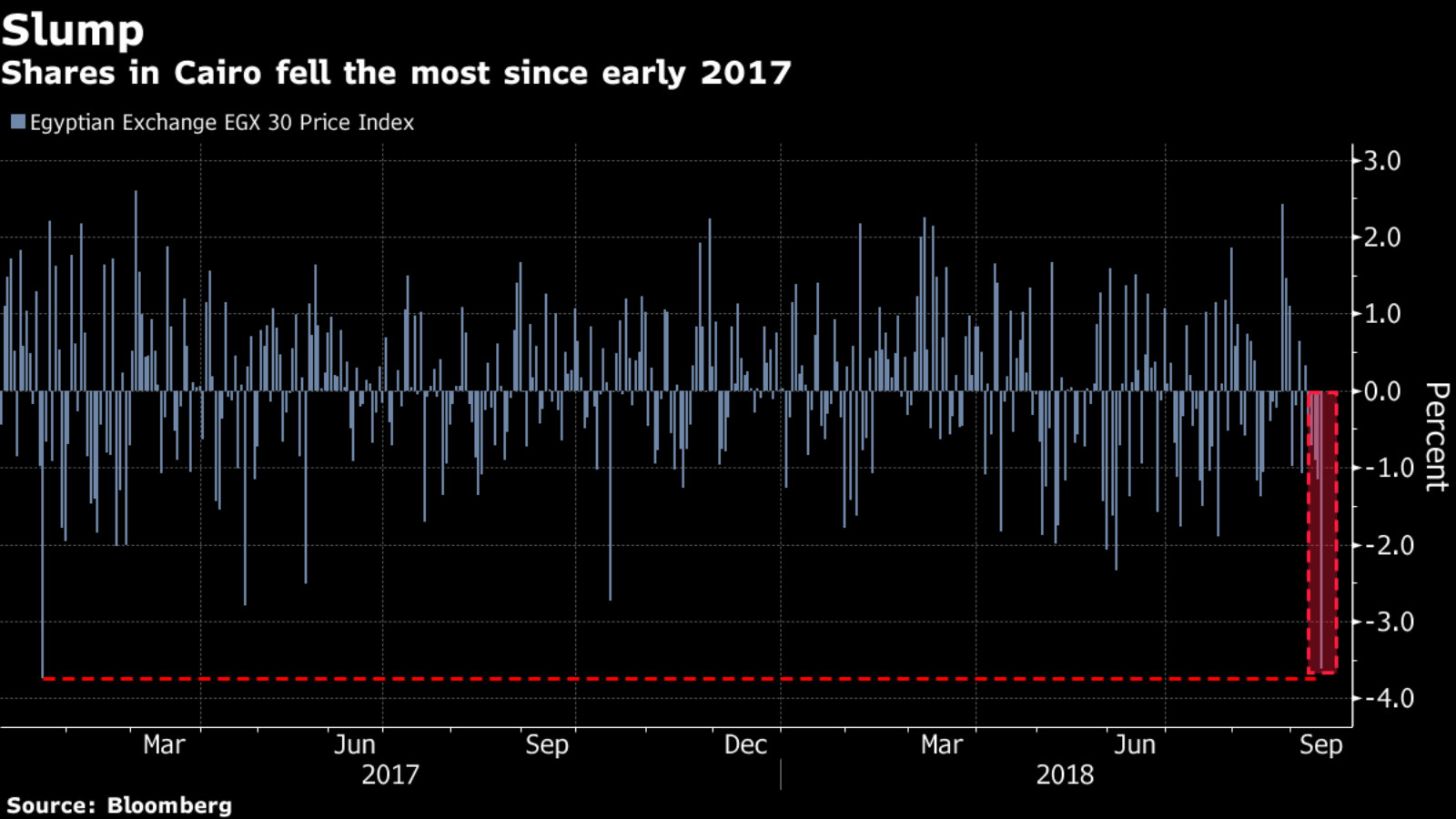 **#1 Arrests in Al-Watany Bank insider trading case trigger EGX selloff: The EGX30 dropped to its lowest level since January 2017 yesterday following the arrest of Gamal and Alaa Mubarak on charges of stock market manipulation, Filipe Pacheco and Tamim Elyan write for Bloomberg. The benchmark EGX30 was down 3.6% at yesterday’s closing bell as EFG Hermes shares dropped 8.6% on news that former co-CEOs Yasser El Mallawany and Hassan Heikal were also ordered arrested. Qalaa Holdings was down 6% after the company said (pdf) a staff member had been detained in connection with the case.

EFG and Qalaa shares are being punished unfairly… This case dates back to 2012 — no new facts have been presented in court. Current EFG Hermes management has nothing to do with the case (and, we’d argue, even an adverse verdict for Heikal and El Mallawany has been priced-in for years). And the Qalaa staffer arrested has (a) also been embroiled in the case since it began and (b) been dragged into it for reasons having nothing to do with his current employer.

…Then again, so is everyone else: It was a sea of red at the closing bell yesterday, with index heavyweight CIB down 2.1%, Eastern off 6.1%, and MNHD down 8.4% and Palm Hills sinking 5.6% in a broad selloff from which few issuers escaped unscathed.

Sentiment on the arrests was exacerbated by a wider emerging market sell-off. Stock markets in Saudi Arabia, Qatar, the UAE, and Bahrain were all down yesterday. “Investors are in a selling mood and the volumes are low — any negative news is merely an excuse for a fall,” said Naeem Brokerage CEO Tarek Abaza in remarks to Bloomberg.

Background: The arrests came on Saturday on charges of insider trade in the sale of Al Watany Bank of Egypt to the National Bank of Kuwait. The accused were remanded to custody despite report from a court-appointed panel of experts recommending that most charges against the defendants be dropped. The report found that the transaction was largely compliant with capital market regulations.

The story received prominent coverage on Hona Al Asema last night, where former Al Awael Portfolio Management Chairman Wael Enaba said that he expects the EGX to dip at the beginning of today’s trading but to gradually start picking up toward the end of the day (watch, runtime: 4:14). A