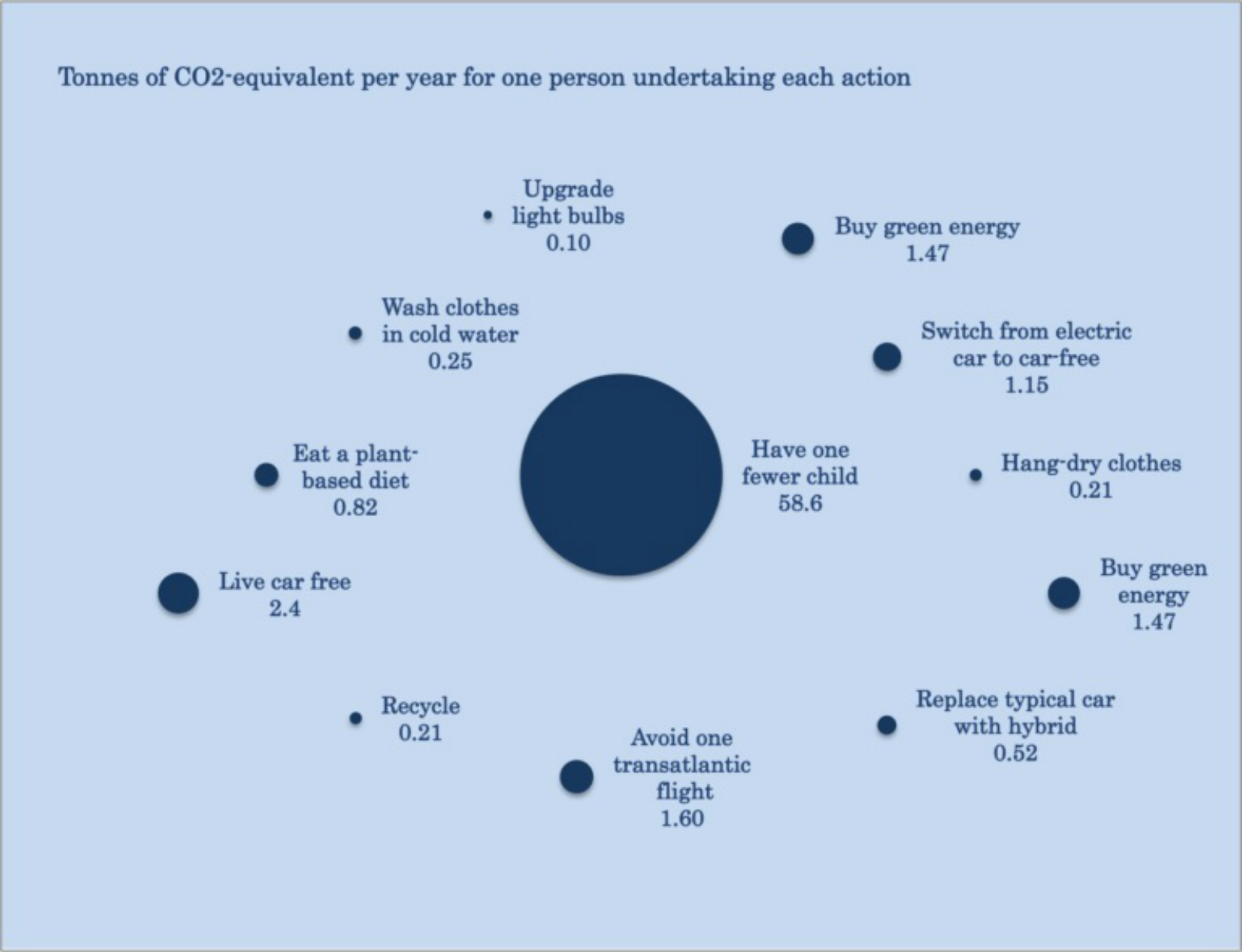 Of all the things you can do to help, having a smaller family is the most effective: There are a lot of small things we can all do to mitigate our contribution to the exacerbation of climate change. What will have the greatest impact, however, is limiting the expansion of the human population — a 2017 study found that having one fewer child is 25 times more effective in cutting carbon emissions than living without a car, according to Population Matters.

Don’t jump to point the finger of blame at low-income families with several children: “Because individuals in the developed world have the greatest impact each, people choosing to have smaller families in the richest parts of the world will have the greatest and most immediate positive effect … reduced emissions as a result of fewer people being born in richer countries allows more economic development in poorer countries without adding to total emissions.”

Once you do have kids, teach them to respect and care for the environment as early on as possible. That starts by adopting eco-friendly habits and lifestyles that your child will adopt as the norm. Some measures are cost-prohibitive — such as exclusively purchasing organic produce — but other switches are easy to make and can set a positive example for your family. The Philly Voice proposes introducing a recycling program to your household, cutting down on your family’s consumption of single-use plastic products such as straws and plastic water bottles, and picking up litter left behind by others as a few steps that are cost-effective and impactful.