A word from the bears: 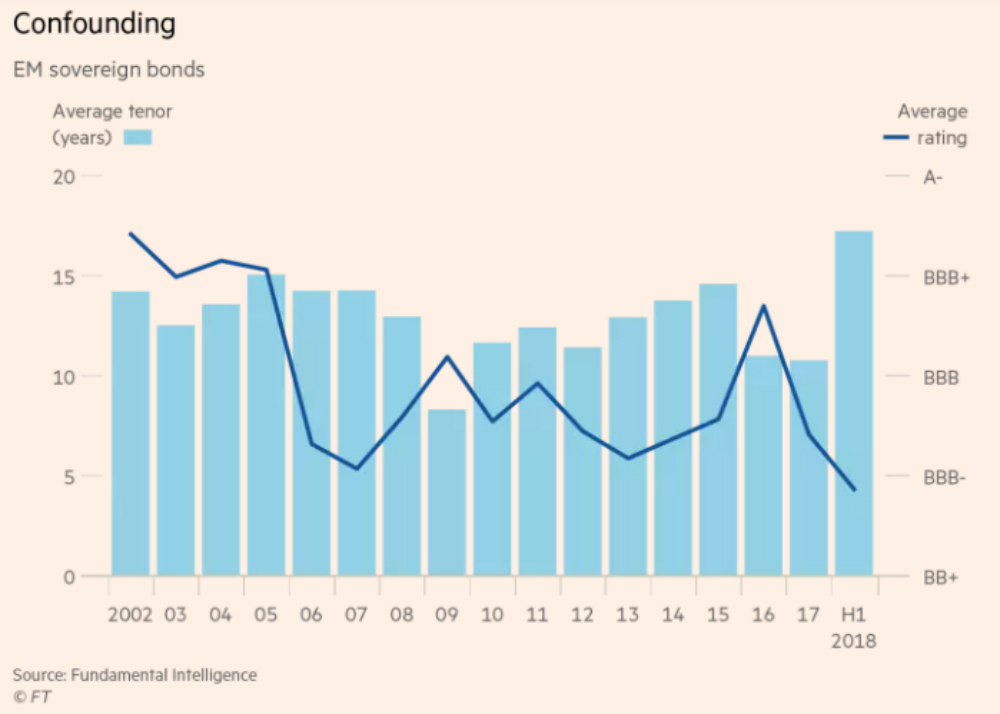 A word from the bears: Emerging market bears are not going to sit back and not rain on this optimistic parade. Analysts speaking to the FT are not buying it, saying that the speculation underpinning EMs currently boils down to one fundamental risk: Buyers of EM debt are lending for longer periods of time just as the credit ratings of the issuers is declining. EM governments were able to issue USD 129 bn in bonds in 1H2018, while the average rating of the new debt fell towards the lowest level since at least 2002, according to data from Fundamental Intelligence (FI). The average duration of sovereign EM bonds issued in 2018 has jumped to 17.2 years, up from just 10.7 years in 2017.

Why have investors bought into this “risky” trend? The issuance of 30-year duration bonds by mostly African EMs and for the first time had enticed investors hungry for yields. These investors are now hurting from the capital losses resulting from political risk, interest rate hikes and currency dynamics. These factors “tend to have a very temporary impact,” says said David Spegel of FI.

The real danger? Historically the first-time issuer market has a “very high risk” associated with it, with a near-15% default rate in the first four years alone. It is long-term risks that threatens the speculative bubble, says Spegel.