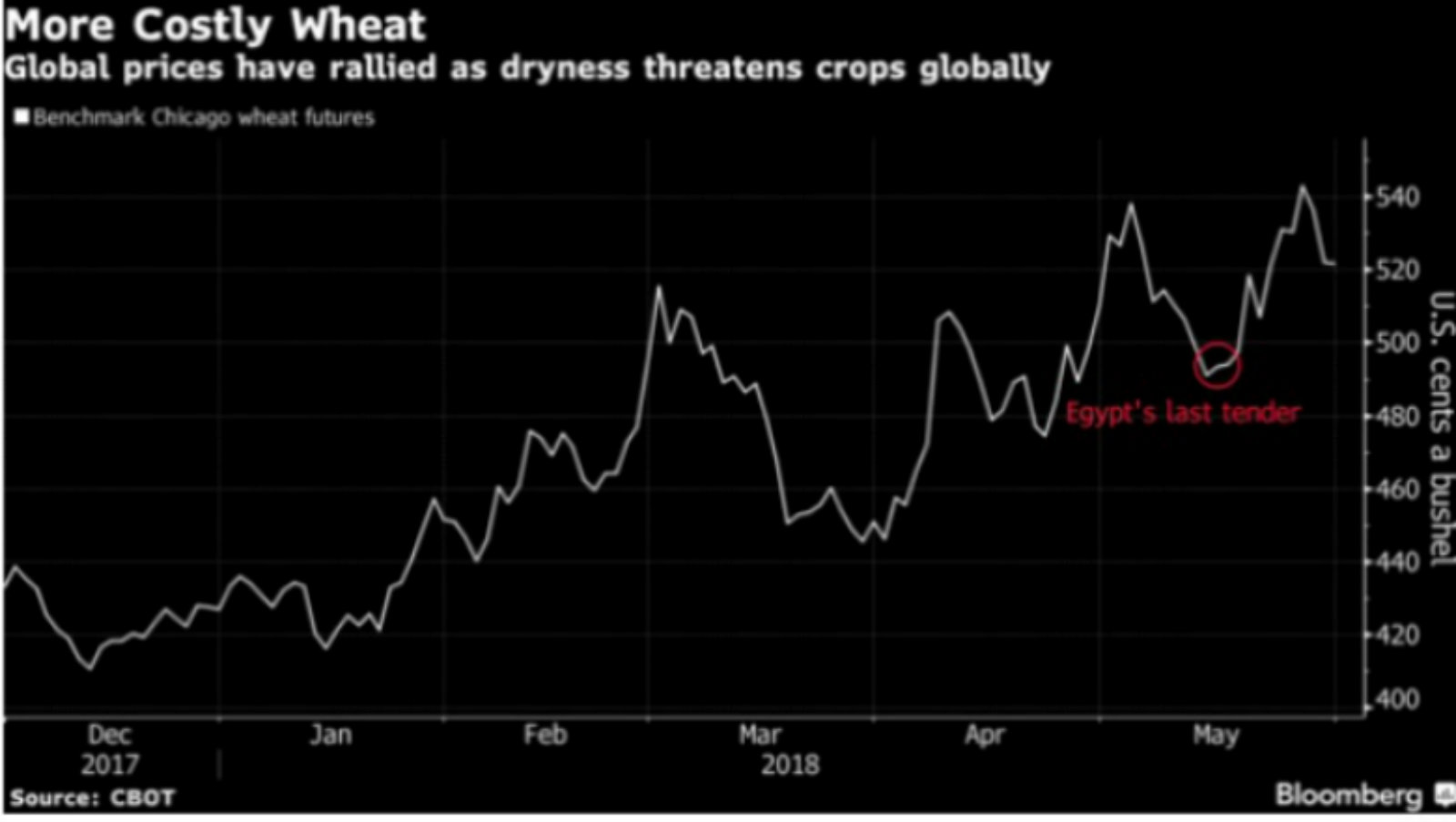 Egypt rejected a Russian wheat shipment on Thursday, saying it contained higher levels of ergot than is legally allowed. The 63,000-tonne shipment “contained 0.06% ergot, just above the 0.05% limit permitted according to Egypt’s state tender rules,” Agriculture Ministry spokesperson Hamid Abdel Dayem said last week, Reuters reports. The cargo will likely be re-exported back to Russia after quarantine officials refused a reexamination request, which the seller — Dubai-based GTCS Trading DMCC — is still trying to push, arguing that the grain is up to spec. Re-shipping would also “prove costly and difficult” since silos in the Safaga port, where the cargo is being held, are not equipped with the necessary equipment for the job, they add. Officials from Russia’s main agricultural agency, Rosselkhoznadzor, arrived in Cairo yesterday to inspect the shipment, which they said they are sure “meets Egypt’s requirements.”

Background: This comes just days after the Higher Administrative Court shot down an attempt to revive the zero-tolerance policy for ergot in wheat shipments, reinforcing a current policy of accepting imports with 0.05% ergot contamination. At least four other contracted wheat shipments failed to arrive to Egypt in recent weeks from Dubai-based trader AOS “amid payment disputes.”

These “delivery disruptions” could cause Egypt to pay a much higher price for wheat imports in the future, just like in the last two years, notes Bloomberg. “Egypt is playing with fire,” says BGC Partners’ Pierre Tronc. “The market is now very high compared to what they bought.” The US Department of Agriculture had said in a report last week that Egypt’s wheat policies would cost it an extra EGP 1.4 bn on imports this year.