Egypt plays catch up with Asian counterparts during EM slump 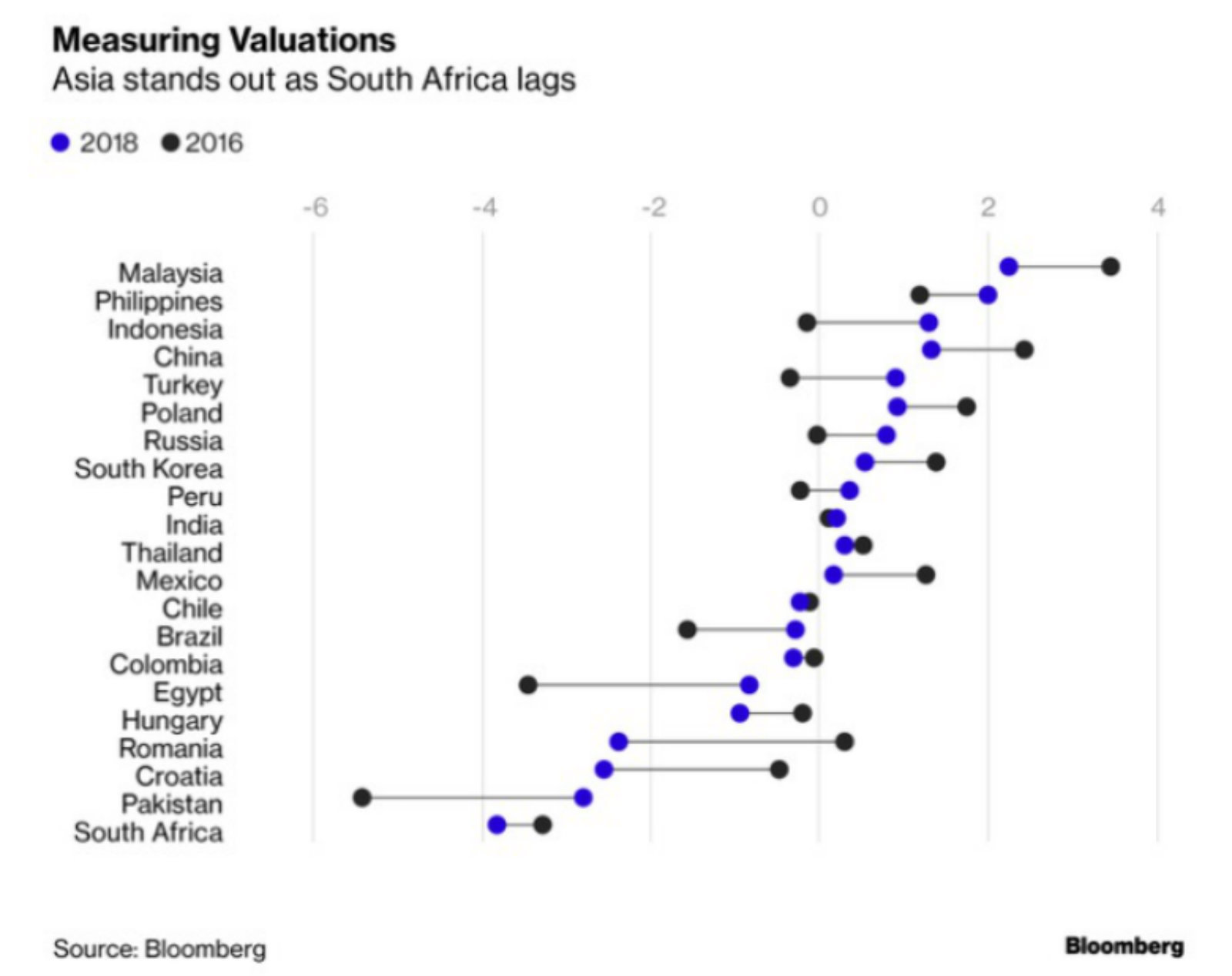 Egypt is catching up with its counterparts in Asia,who are riding out the slump in EM better than are their African peers, data by Bloomberg finds. While South Africa is at the bottom of the scorecard — which lists 21 developing economies in order of safety based on metrics that include GDP, current account deficit, sovereign credit ratings, and bond and stock valuations — “Pakistan and Egypt have seen the biggest gains in their scores compared with the levels at the end of 2016,” says Bloomberg, noting that “Egypt benefited from a credit rating upgrade and higher reserves.”

Abraaj facing bankruptcy thanks to Kuwait’s pension fund? Kuwait’s pension fund is “trying to force private-equity firm Abraaj Group into bankruptcy proceedings over allegedly not repaying a USD 100 mn loan,” the Wall Street Journal reports, citing court documents filed on 22 May in the Cayman Islands. The fund argues that Abraaj is “substantially insolvent” and unable to repay the loan plus some USD 7 mn in interest by today’s due date. Adds the Journal: “A bankruptcy fight with Kuwait could complicate efforts by other creditors and stakeholders to restructure Abraaj’s debt pile and to bring in a strategic buyer that could help stabilize the fund, said a person familiar with the matter. Abraaj Group owes banks more than USD 1 bn, the person said.”

Expect plenty of chatter about geopolitics this week as people chew over developments including:

Also on the subject of geopolitics: Read how the “Mideast power struggle” is playing out in the Horn of Africa, via the Wall Street Journal.

Your Ramadan rundown for today:

The EGX is running shorter trading hours. The trading session kicks off at 10:00 am, but closes at 1:30 pm. Tap or click here for the full schedule.

So, when do we eat? For those of us observing, Maghrib is at 6:53 pm CLT today. You’ll have until 3:09 am tomorrow to finish your sohour.