Was the Qatar smackdown partly engineered by the shadiest creatures ever? 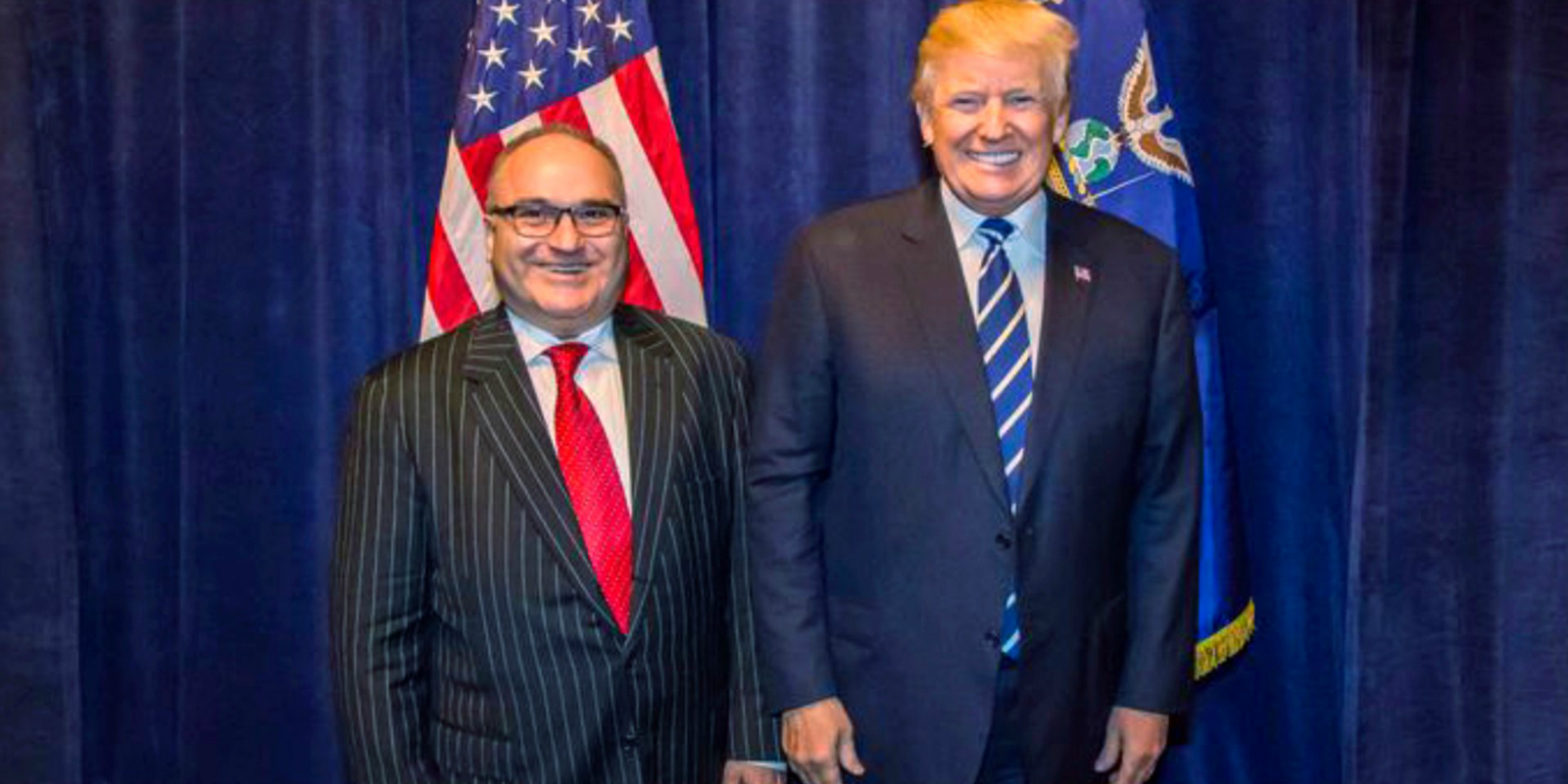 Was the Qatar smackdown partly engineered by the shadiest creatures ever? The next investigative piece in our shady lobbyists selected features has to be The Princes, the President and the Fortune Seekers by Desmond Butler and Tom DiBianco for the AP. The piece details the dealings of an odd pair of seedy lobbyists now caught up in the Mueller federal investigation into the Trump 2016 campaign.

The Characters: One, a Lebanese American convicted of child molestation, who allegedly is an adviser to the crown princes of the UAE and Saudi Arabia (named Nader, a name his business partner sometimes typo’ed as “Vader”). He’s the handsome devil pictured above with none other than the president of the US of A. Two, a defense contractor who worked with Erik Prince’s BlackWater mercenary army in the Iraq War.

The plot: To lobby on behalf of the UAE and Saudi for the US to impose sanctions on Qatar and move its military base out of Doha in exchange for lucrative defense and security contracts in those countries worth bns.

Almost successful: By the time the Mueller investigation reeled around, the pair had allegedly managed to get leading congressional leaders on board and engineered anti-Qatar op-eds in leading media outlets by notable security figures. They helped push the pendulum towards Trump administration’s supportive rhetoric for the Qatar boycott — and landed themselves a defense contract with the UAE worth hundreds of mns in the process. The plan ultimately unravelled with new administration figures swinging the other way in the debate and one of the lobbyists being caught up with Trump lawyer Michael Cohen (he, too, was allegedly paying hush money to an adult entertainment model).

Best jab: Referring to Donald Trumps son in law as America’s “clown prince” in a piece peppered with references to the crown princes of the UAE and KSA.