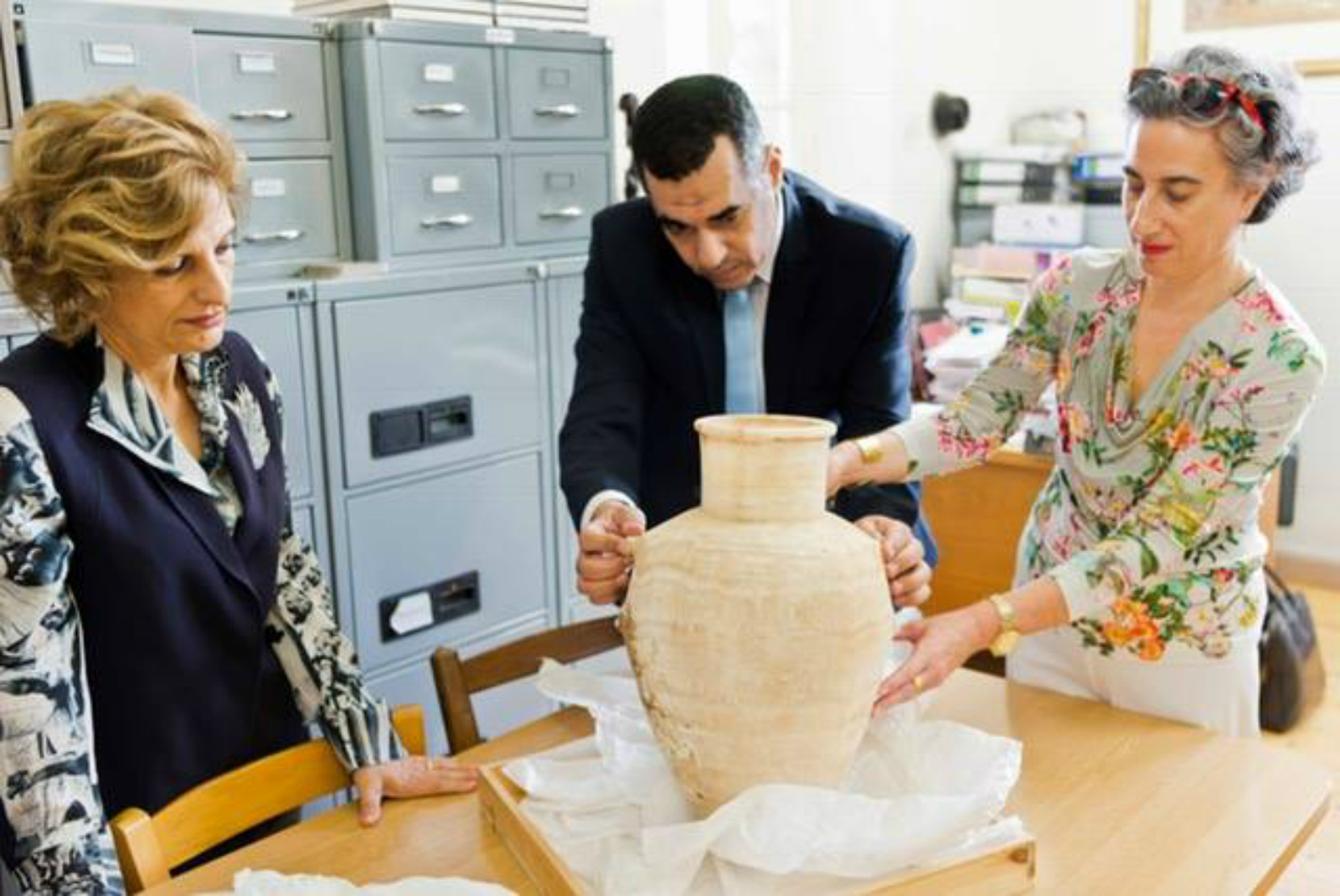 When not discussing Mohamed Salah’s performance last night in the Champions League, the foreign press honed in on Cyprus returning 14 ancient artifacts smuggled out of Egypt in the late 1980s, the Antiquities Ministry said in a statement. The Director of the Cypriot Department of Antiquities, Marina Solomidou, handed over over the smuggled pieces to the Egyptian authorities after they were seized in Nicosia. Interpol had informed Egypt of the objects’ seizure in 2017, the ministry said, adding that it ultimately succeeded "through diplomatic and legal efforts" to prove its ownership of these artefacts. AFP and Xinhua also have coverage.

Palestinian President Mahmoud Abbas has said he rejected an offer by deposed president Mohamed Morsi to settle Palestinians in part of Sinai, Al Arabiya English reports. The offer, discussed by Hamas and Israel years ago, was “an Israeli project dubbed Giora Eiland and aims to completely put an end to the Palestinian cause,” he said while addressing the Palestinian National Council in Ramallah. The Israeli plan would have taken 1,000 km from Sinai, making Gaza three times larger than its current area of 365 sqkm, says military expert Major-General Hussam Soueilam. In return, Egypt would be compensated with an equal area from Israeli lands southwest of Negev.

Anti-poverty NGO Global Citizen has cut ties with communications consultancy APCO Worldwide because of the latter’s work with the Egyptian government, PR Week reports. The news propmpted an APCO spokesperson to note that the company no longer represents Egypt: “Our work in supporting the US-Egypt partnership was contracted through the recent Egyptian election and we have concluded our work.”

Other stories on Egypt in the foreign press worth noting: