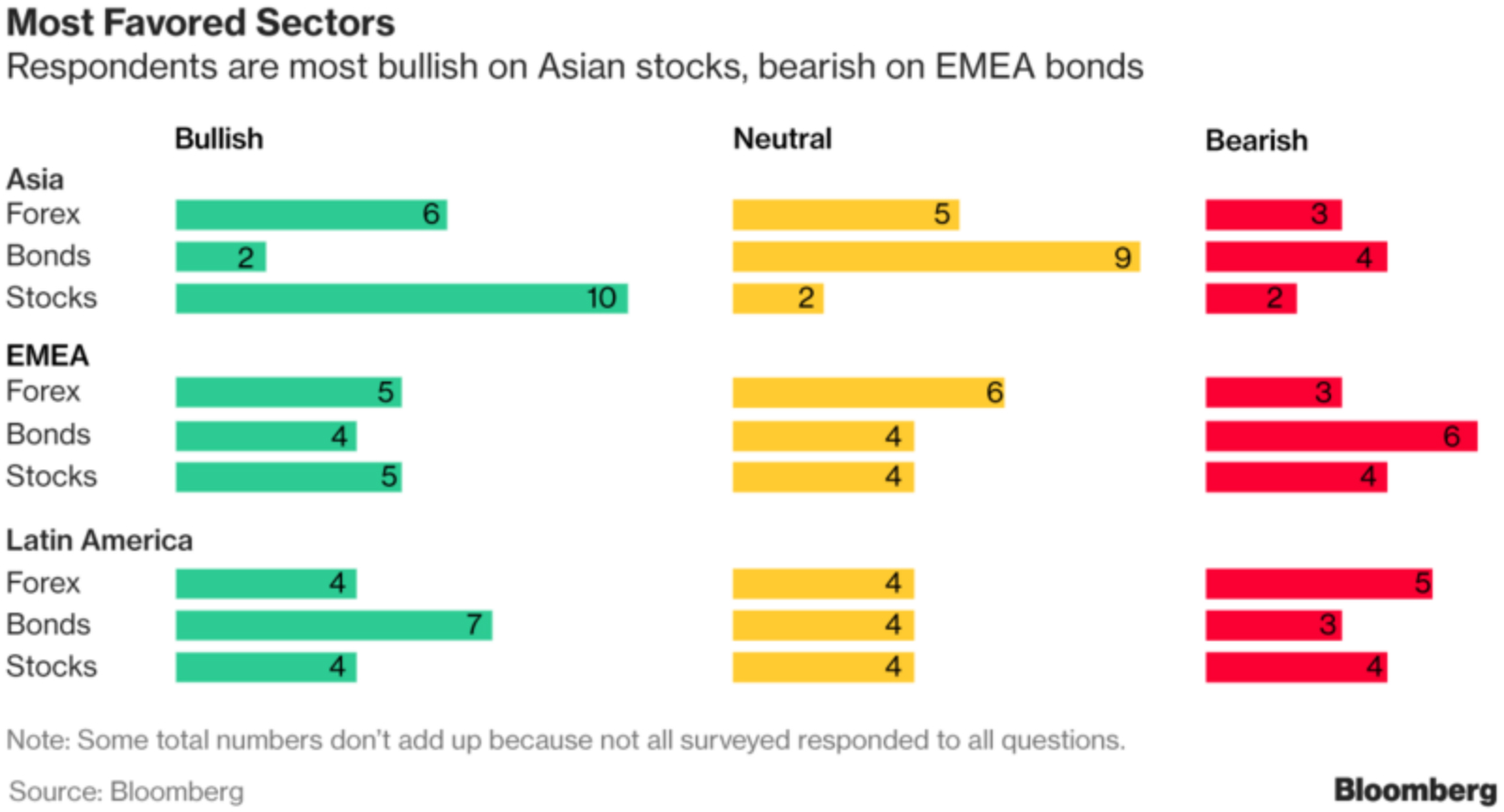 Emerging market stocks outperformed their peers from developed nations in 1Q2018, investors and fund managers said in a Bloomberg survey of 15 participants conducted last month. Asian stocks were the most attractive EM assets, followed by Latin American bonds, according to the survey. In currencies, Asia came tops again, ahead of Europe, the Middle East and Africa and Latin America. This came despite an escalation in trade tensions, a jump in bond yields and bank-funding costs, and a sell-off in technology stocks. And investors, strategists and traders remain bullish on emerging assets for the rest of 2018. "Gradual gains in emerging market asset prices are still expected, given their healthy economic conditions and tame inflation," said Takeshi Yokouchi, a senior fund manager in Tokyo at Daiwa SB Investments, which oversees the equivalent of USD 53 bn.

Elsewhere this morning: Apple is reportedly planning to replace Intel chips with its own by 2020, sources close to the matter tell Bloomberg. “The initiative, code named Kalamata, is still in the early developmental stages, but comes as part of a larger strategy to make all of Apple’s devices — including Macs, iPhones, and iPads — work more similarly and seamlessly together.” The news led to a 6.4% drop in Intel Inc’s share price yesterday. The move could be huge for Apple, which could become “the only major PC maker to use its own processors.”

PSA- The Easter and Sham El Nessim long weekend is coming up: The two holidays fall on 8 and 9 April, respectively. We hope you’re looking forward to a four-day weekend as much as we are. Enterprise will be off next Sunday and Monday in observance of the holidays.