How beneficial really is the African Continental Freetrade Area? 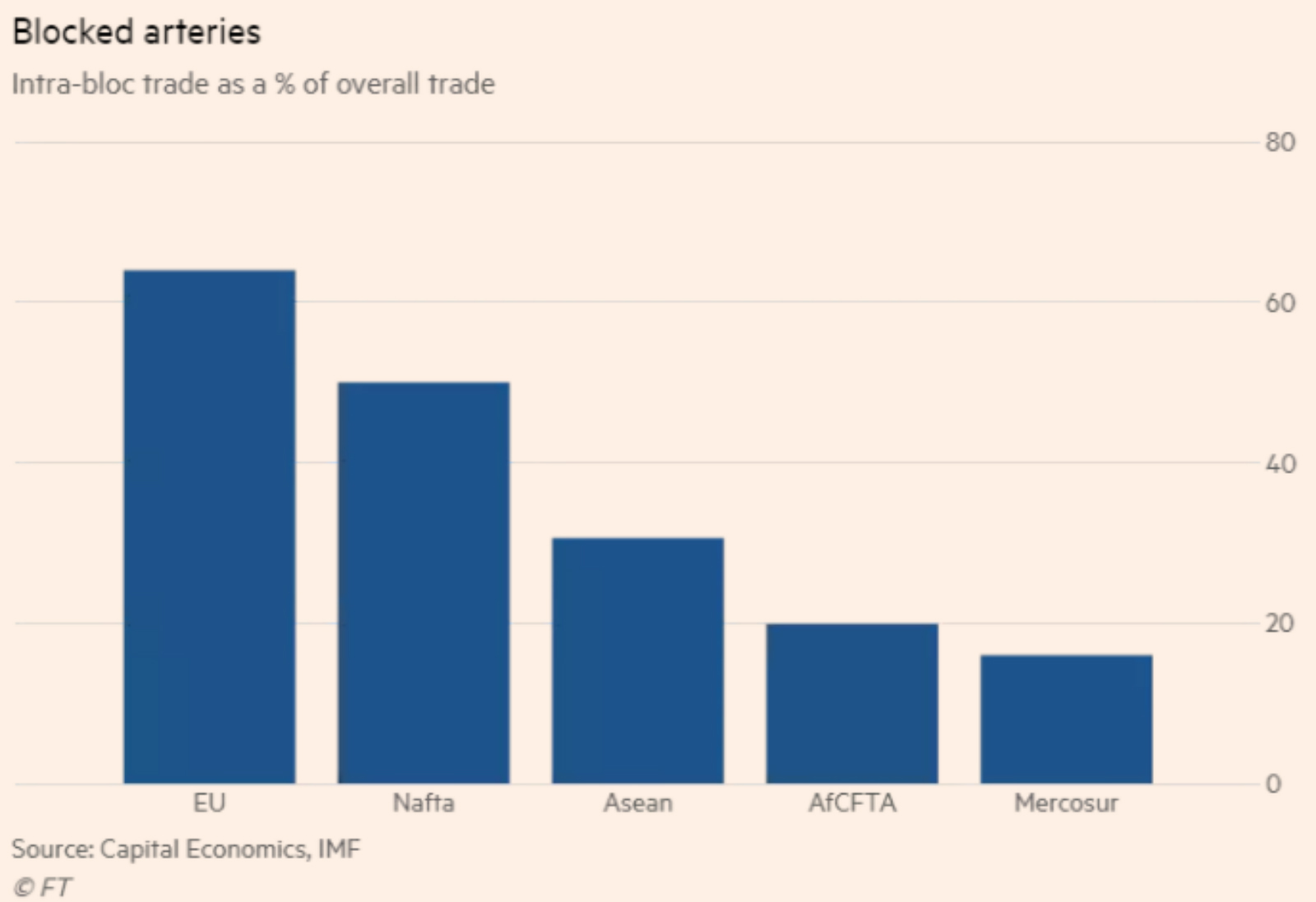 How beneficial can the African Continental Freetrade Area really be? The pan-African Continental Freetrade Zone (CFTZ) agreement — signed by 44 African countries including Egypt — is being heralded by the African Union as having the potential to increase intra-continental trade by 53% by eliminating import duties, which average 6.1%, and to more than double trade if non-tariff barriers are also reduced. Credit agency Moody’s has given its approval for the agreement, with its managing director for credit strategy saying that it would be credit positive and give regional trade greater stability.

Others, however, are finding flaws with the numbers. The United Nations Conference on Trade and Development (UNCTAD) estimates (pdf) the total annual gain would be USD 4.6 bn, or 0.2% of continental GDP, even if all tariffs were scrapped. The signatories have only committed to cut tariffs on 90% of goods, suggesting that some of the most onerous taxes may remain, writes Steve Johnson for the FT. The AU’s analysis is predicated on all of its 55 members signing up to the CFTZ, but 10 countries, including South Africa and Nigeria — the continent’s largest economies — have not signed it.

It may not be much compared to other regional treaties, but it’s a good start: By scope and size the agreement does not come close to its counterparts NAFTA, the EU and the Asian-Pacific regional freetrade zones. Analysts, including John Ashbourne, Africa economist at Capital Economics, see that the agreement provides a good jump off point by tackling two of the biggest problems in African trade. The first being, that at 19.9% of African exports going to other continental markets, intra-continental trade is low. The second, by boosting trade among African nations, countries will reduce their dependence on extractive commodities, which are volatile.

Meanwhile, Egyptian healthcare companies are looking to be among the first to take advantage of the agreement. Representatives from 30 local pharma companies will be meeting with 16 companies from Somalia to explore potential cooperation on trade, according to Medical Exports Council Chair Rasha Nasr. The companies are hoping to benefit from the CFTZ agreement, she added.