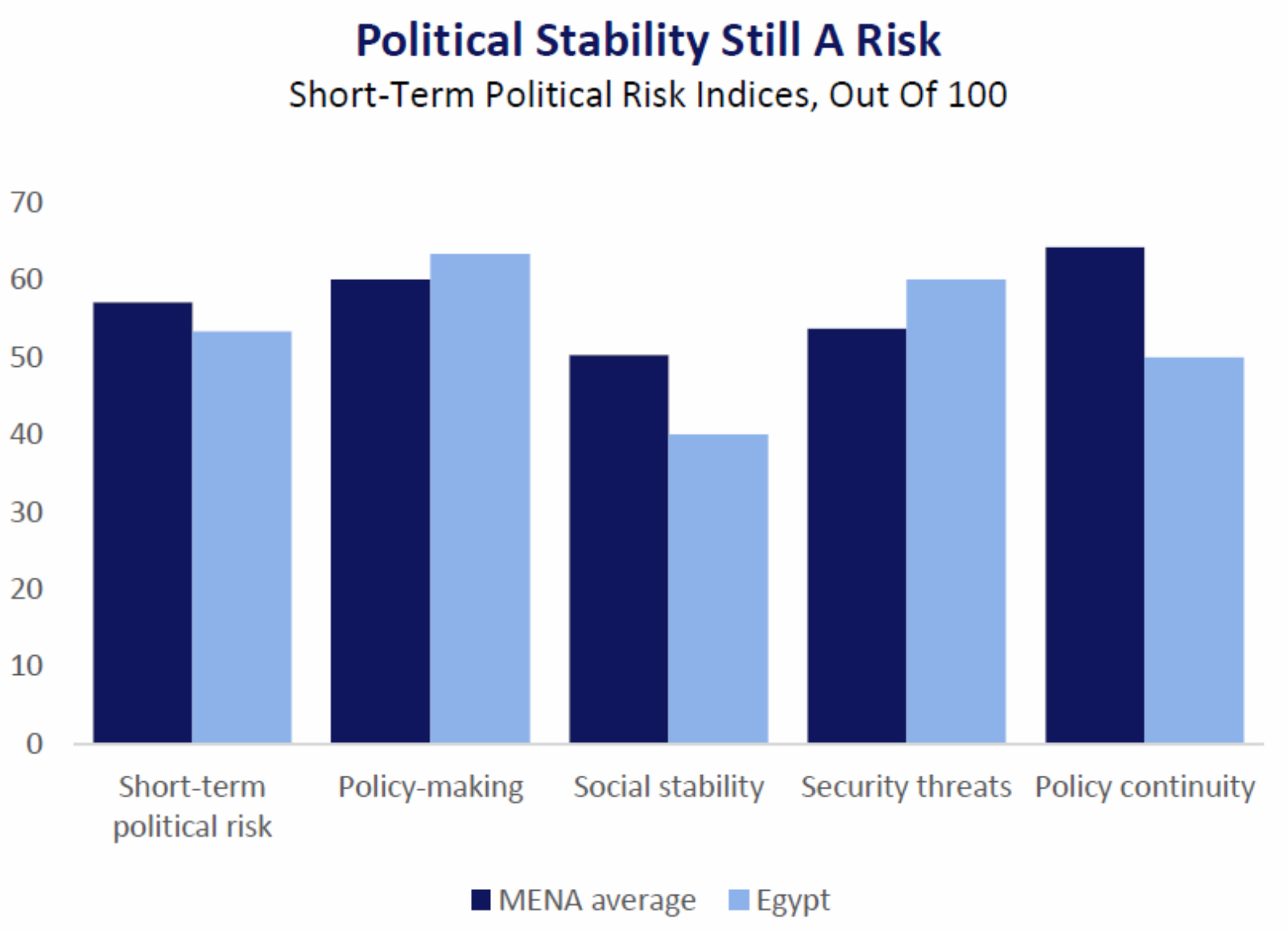 Fitch Group’s BMI Research sees another term for President Abdel Fattah El Sisi as boding well for reform and business sentiment, the firm said in its monthly political risk analysis note (pdf). “While many of the most painful (and important) reforms have already been completed, El Sisi’s re-election will likely open the door for modest fiscal consolidation, including cuts to fuel subsidies. Egypt will be an economic outperformer in the Middle East region in 2018. Private consumption is set to benefit from cooling inflation and gradual improvements in job creation, and investment will be buoyant on the back of continued reform progress,” the statement reads.

Any political instability arising from El Sisi’s reelection will be a more long term issue, with BMI seeing no political instability following the March elections. The firm notes that the circumstances behind the aported campaigns of former senior military officers Samy Anan and Ahmed Shafik “suggests some level of tension which could bubble to the surface if perceptions of El Sisi’s ability to serve military interests weakens.” It also warns that “popular discontent with the relatively limited political freedoms” could fuel discontent, especially if growth disappoints.

On a regional level, the firm identified six key risks in MENA in 2018: A renewed slump in oil prices and a breakdown of the GCC as a result of the Qatar beef had been named first of the list of major risks. Other potential flare ups identified include a large scale terrorist attack on a safe haven such as the UAE and the collapse of the Iran nuclear agreement. At the bottom of the list were any hiccups in the succession of Oman in the event Sultan Qaboos dies and a return of Nouri Al Maliki in Iraq.