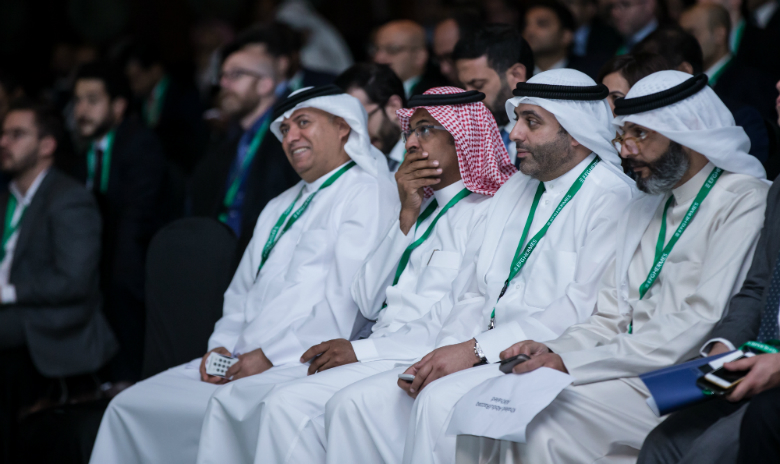 Greetings from the second day of the EFG Hermes One on One in Dubai. The world’s largest frontier and emerging markets investor conference got off to a busy start yesterday with a packed morning of panels and interviews, the largest poll of frontier and emerging markets investors and executives, and an afternoon of company meetings. More than 500 fund and portfolio managers from 255 global institutions with aggregate AUM north of USD 8 tn will meet face-to-face today and tomorrow with C-suite execs from 173 companies spanning 26 countries.

The largest poll of frontier and emerging markets investors and companies was among yesterday’s highlights. More than 990 attendees voted, with highlights including:

You can download the full survey results here as a pdf.

We have the full rundown on yesterday’s events in today’s special Spotlight section, after Speed Round, below.

Not a public markets person? You’ll still want to check out our report from Dubai: We have tech stuff for you, with the last panel yesterday having focused on “disruption” in frontier markets. Appearances by top execs from Careem; Mohamed Alabbar’s e-commerce platform Noon; the largest investor in education in Egypt, CIRA; and Vietnamese e-commerce platform Mobile World.

Saudi Crown Prince Mohammed bin Salman wraps up his three-day visit to Egypt today. MbS is off to London next, where he’s expected to sign agreements worth bns of USD. We have more in the Speed Round, below.

The House of Representatives will be going into recess at the end of today’s sessions until after the presidential elections later this month, Ahram Gate reports.

The 2018 international Sustainable Industrial Areas (SIA) International Conference gets underway today at the Nile Ritz Carlton. The gathering is being held under the auspices of the Trade and Industry Ministry in partnership between the East Port Said Development Company. More than 400 delegates are now registered to attend, c. 100 of whom will be arriving from outside Egypt.

Sudan’s ambassador to Egypt Abdel Mahmoud Abdel Halim arrived in Cairo yesterday to resume his official duties for the first time since January, sources tell Reuters’ Arabic service. Abdel Halim had been recalled “for consultations” in January amid souring ties between the two countries over disputes in sovereignty over the Halayeb Triangle and “Egyptian suspicions of a Sudan-Turkey naval agreement.

US President Donald Trump says he may visit Israel in May for the opening of the new US Embassy in Jerusalem, Reuters reports.