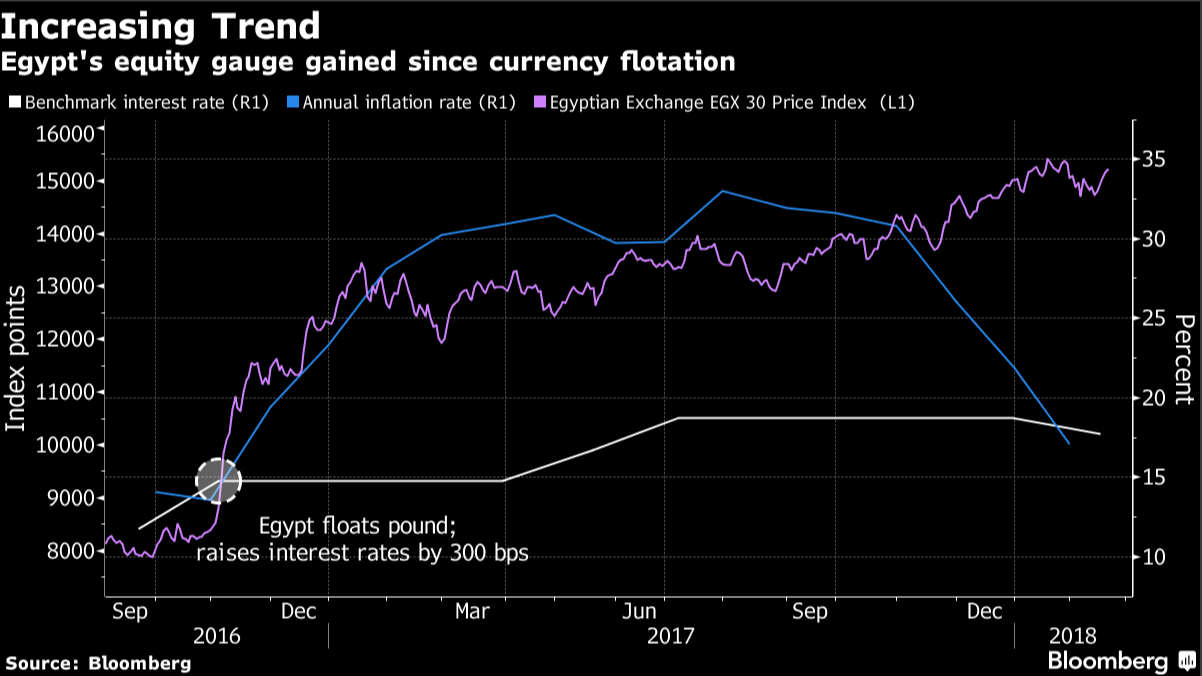 Egyptian stocks are set to outperform emerging-market peers as interest rates drop, Tamim Elyan and Filipe Pacheco write for Bloomberg. “Investors are likely to scour the stock market to replace returns from high-yielding deposits,” following the central bank’s move to cut rates by 100 bps. “Last week’s decision may be the first of several rate reductions as inflation slows, a cycle that will benefit companies ‘across the board,’” says our friend Mohamed Ebeid, co-chief executive officer of the investment bank at EFG Hermes.

Banks are set to maintain high profit levels through an expected pickup in fee and commission income, offsetting a gradual narrowing of interest income.

Consumer stocks are also set to benefit from further cuts to rates, with Obour Land vice chairman and MD Ashraf Sherif saying “cutting the interest by one percent isn’t a game changer, but it is positive to show that the cutting trend has begun … When there is a decent fall in borrowing costs, it will help enhance our performance.”

Industrials will benefit from better refinancing options. “There are companies that are extremely leveraged and they’ll be able to get refinancing at lower levels … Companies working with heavy industries that have strong capex plans will see this is as a catalyst to start putting their growth and expansion plans into action,” Rasmala Egypt Asset Management Chairman Ahmed Abou El Saad says.