The Oil Ministry dropped its biggest hint yet that the government will approve a USD 15 bn pact to import gas from Israel. “The agreement between [Noble Energy, Delek and Dolphinus] to import gas from Israel will be subject to Egyptian regulations governing gas imports,” Oil Ministry spokesperson Hamdy Abdel Aziz said in a statement on Tuesday (pdf). “Egypt’s strategy to becoming a regional energy hub and achieving an energy surplus by 2019 will involve Egypt importing gas from Israel and Cyprus,” he added.

And here’s the kicker: Importing gas from Israel will go a long way to getting past outstanding issues with international arbitration, said Abdel Aziz. This is the first overt indication by the government that the USD 1.76 bn arbitration award against EGAS and EGPC in favor of Israeli Electric — the Ismail Cabinet’s sticking point on any imports of gas from Israel — may be on its way to being resolved.

Quick resolution may be in Israel’s best interest, as its government should be collecting around 50% of all revenues from the Dolphinus sale, the Israeli Natural Gas Authority’s former chief economist, Miki Korner, tells Jerusalem Post. “As soon as one of the pipelines is activated — which could take a few years — operators of Israeli natural gas will getting around USD 1-1.5 bn annually,” he says. “The state gets to impose a 12.5% royalty tax on the revenue from natural gas” and will collect both income and excess-profit taxes in excess of 20% each. Korner notes that while the agreement is a reflection of good relations between the two countries, “gas exports could create complications, with commercial disputes and supply problems possibly shadowing otherwise strong security cooperation.”

The pact continues to capture the imagination of the international business press. Look for the agreement to kickstart economic momentum, Abu Dhabi Commercial Bank Chief Economist Monica Malik tells Bloomberg TV. “There are a number of positive developments, which should give positive tailwinds to the Egyptian economy,” Malik says. The development in Egypt’s own gas market is “far more important,” she adds, saying increased production will support the economy and improve external accounts. Salma Wardany added that Egypt could be facing “a possible over-abundance” of natural gas following the agreement, in a piece for Bloomberg.

Gov’t to expand Nat Gas grid: In other gas-related news, the Ismail Cabinet approved legislation which would grant the EGPC and any company it appoints responsibility for expanding the natural gas grid and infrastructure, according to a cabinet statement.

Hey, Turkey, don’t even think about it: Meanwhile, Egypt’s navy has secured the Zohr gas field, the Armed Forces said in a statement on Tuesday. While the statement said the move was part of Operation Sinai 2018, we can’t help but feeling this is a message to Turkey, which is using gunboat diplomacy to intimidate Cyprus over developing its gas reserves as part of the Economic Exclusion Zone agreement with Egypt. “The eastern Mediterranean seems to be a new source of dispute between the two countries, as Turkey does not seem to want to resolve its problems with Cairo,” writes Ahmed Aleem for Al Monitor. This is made even more evident since Egypt and Turkey got into a war of words over the EEZ earlier this month. 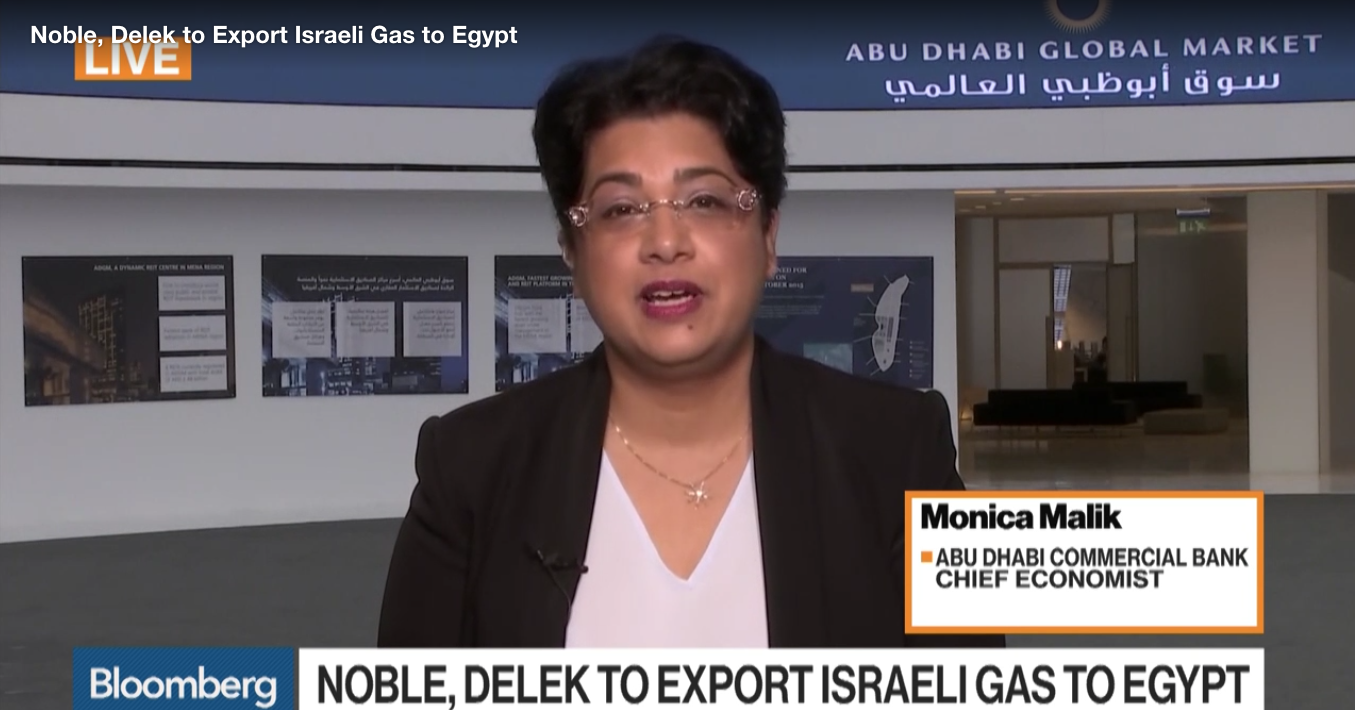