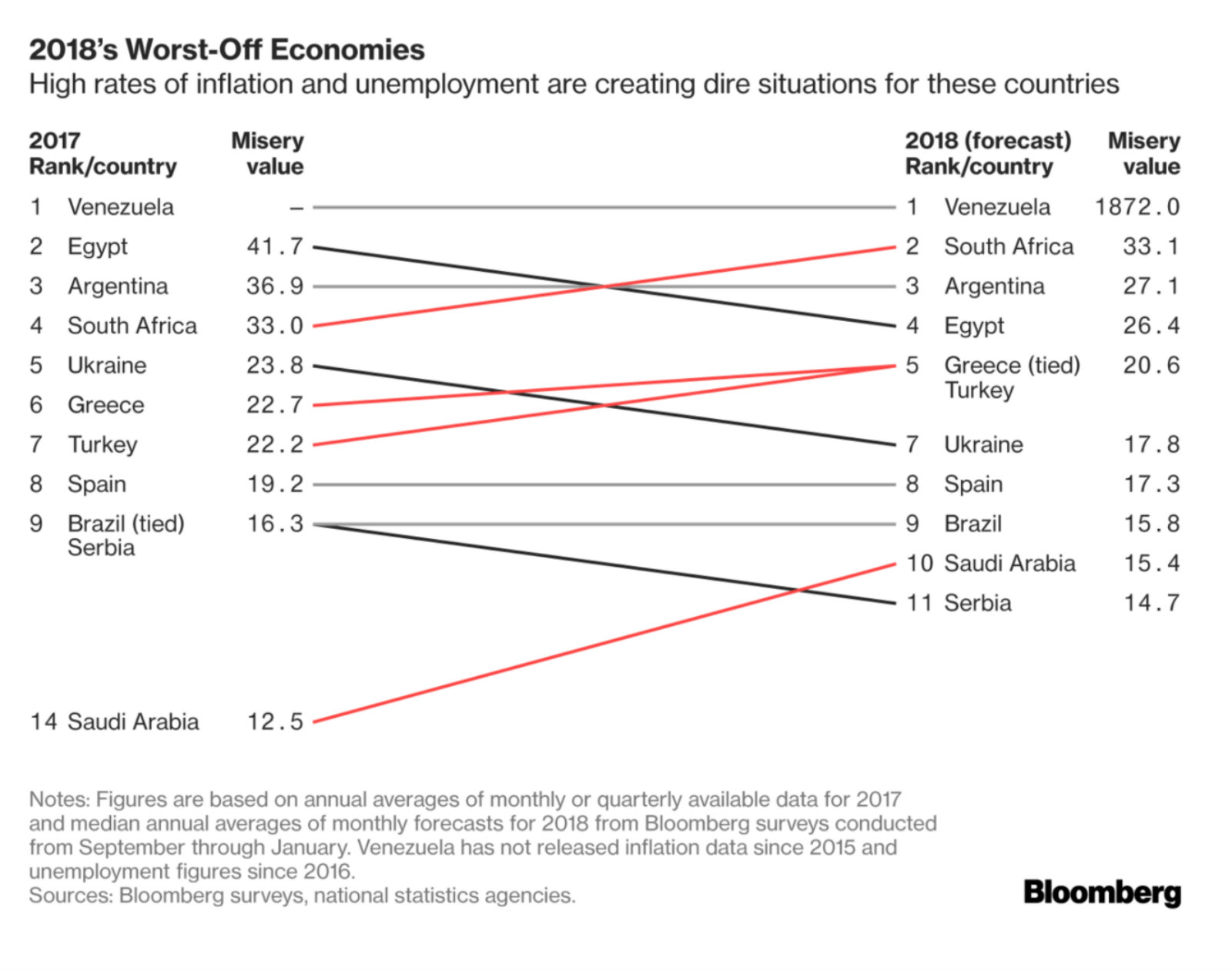 Egypt ranked fourth on Bloomberg’s Misery Index for 2018, coming down from second place last year, thanks largely to reform efforts and focus on private investment. Venezuela and South Africa are seen as the “world’s unhappiest countries,” coming in in first and second place, respectively. Argentina follows in third, while Greece and Turkey are tied in fifth place. The index, “which sums inflation and unemployment outlooks for 66 economies,” sees that “rising prices are more of a threat to the global economy this year than joblessness.” Still, the data points to a “a global economic outlook that remains bright overall.” Tap here for the full rundown.

SICO’s new Nile X smartphone goes on sale today: Our friends at Pharos Investment Banking are celebrating today the launch (pdf) of the first locally assembled smartphone. The Nile X, from the Egyptian Company for Silicon Products (SICO), was introduced during Cairo ICT last year. The Android-powered Nile X was produced through partnerships with Google and Qualcomm. The devices will be marketed locally and elsewhere in the MEA region. The six available models range in price from EGP 999-4,200, according to Al Mal. Pharos is SICO’s exclusive financial advisor.